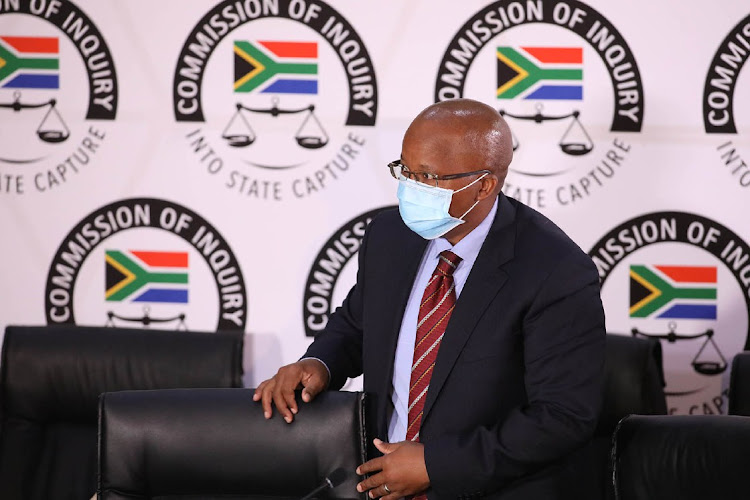 Allegations that SA’s spies were involved in state agencies for political and personal gains are not new.

They became more of a reality this week when the Zondo commission of inquiry started hearing evidence relating to the State Security Agency (SSA). The evidence implicated the ANC, a former state president, a former minister and current deputy minister, an official still employed by the state, the judiciary, trade unions and even the media.

It might read like the stuff spy novels and movies are made of, but it has very real and damaging ramifications for SA. Some of the information coming out had already been revealed after the release of a redacted report compiled by a high-level review panel appointed by President Cyril Ramaphosa after disclosures of abuses.

Events such as the capture of the SA Revenue Service and the targeting of honest officials with fabricated stories planted in the media had already hinted at the rot. And even before that, it was widely known that spooks played a big role in leaking tapes that allowed Jacob Zuma to escape a corruption trial, paving the way for his ruinous presidency.

What the country got on Monday was public and detailed evidence of the alleged corruption in institutions that are supposed to be accountable to and governed by the constitution. Former safety and security minister Sydney Mufamadi took to the stand in his capacity as chair of the panel appointed by Ramaphosa.

Some of the allegations showed how a special operation unit was set up to provide Zuma with cash through then state security minister David Mahlobo. Another project apparently involved bribing a judge to “counter [the] influence of judges hostile to Zuma”. Mahlobo was alleged to be the person who handed over the money to the sources the SSA cultivated on the bench, though there was no evidence that this project actually took place.

Current state security director-general Loyiso Jafta appeared the following day, despite objections from the minister responsible for the portfolio, Ayanda Dlodlo, trying to stop him on grounds of national security.

Jafta, without naming anyone, also spoke about executive overreach, telling how a minister had actually run SSA projects and briefed assets, which is against the law.

While names were not given by Jafta, an anonymous SSA agent known as Ms K testified that the abuse of the SSA and its mandate occurred primarily under the political leadership of former state security ministers Siyabonga Cwele, Mahlobo and Bongani Bongo. Ms K said this was executed and implemented by, among others, Thulani Dlomo, former ambassador to Japan, and former spy boss Arthur Fraser.

Fraser was once dubbed by the Mail & Guardian the “spy who saved Zuma” over his alleged role in leaking the secret recording that led to charges against the former president being dropped.

While the testimony was hair-raising at times, it was even more shocking that many of the players involved are still employed by the administration of Ramaphosa — the president who won his leadership contest on an anti-corruption ticket. Mahlobo is deputy minister of water and sanitation and Fraser is the national commissioner of correctional services.

There is a bigger issue here, and that is the restructuring of the SSA and the country’s intelligence agencies to ensure they operate within the law and are held accountable. Part of this needs to be better oversight and mechanisms to ensure they are not a law unto themselves.

The president appointed a ministerial implementation task-team to put the high-level panel review report into effect, but almost nothing has happened. That’s not good enough. It is crucial that the country’s state security apparatus is overhauled so that it operates in line with the law and the constitution.

EDITORIAL: Amid a global pandemic, ‘Davos man’ can show relevance

EDITORIAL: Something amiss in Maluleke’s exit from African Bank

Her departure couldn't have come at a worse time, and will affect the capacity of the bank
Opinion
4 months ago

With the government MIA, the Bank should change repo rate for much-needed injection of confidence
Opinion
4 months ago

State Security Agency cleaning out the rot in the organisation

State Security Agency cleaning out the rot in the organisation