EDITORIAL: Caught between a rock and hard lockdown 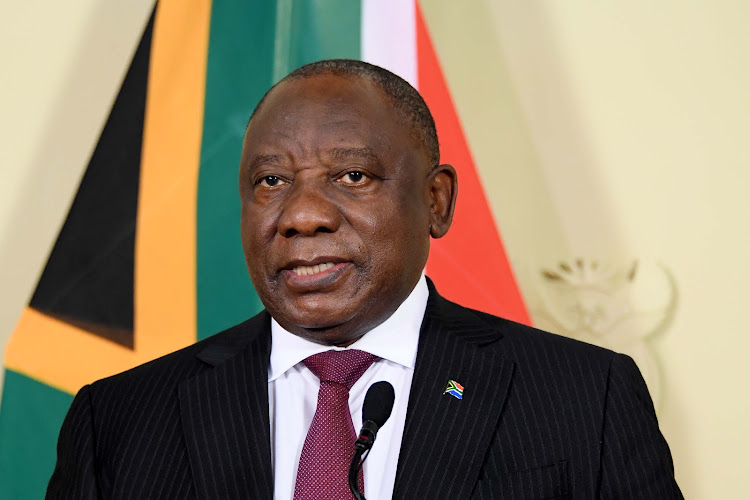 President Cyril Ramaphosa addresses the nation on the government’s measures against the coronavirus pandemic before the festive season. Picture: GCIS/ELMOND JIYANE

On Wednesday the UK government moved England into the most severe restrictions. This meant closing the pubs and restaurants that are not only an important part of the economy, but a central part of British cultural life.

The hospitality industry that helps power London’s economy was given less than 24 hours to shut shop, barely a week before Christmas, eliciting a mix of resignation and outrage from business owners and customers.

Considering that before the previous lockdown from March to July the average UK household was said to spend about 5% of its total expenditure on eating and drinking away from the home, the economic cost of the decision becomes self evident. As the sector employs about 4% of workers and like in SA disproportionately employs those with lower qualifications, the closures have implications for inequality.

One would be mistaken for thinking the prime minister, Boris Johnson, only faces criticism for locking down. There are people who feel just as strongly that he has been too slow. In September, he rejected a “circuit breaker” that would have shut the country for a few weeks to ward off a second wave as reluctant as he was to impose the economic costs of such a move.

He is now under pressure from scientists to reverse a plan to relax rules on allowing people from different households to mix over Christmas. The experts fear that this gesture will undermine social distancing and encourage travel countrywide, spreading the disease. The government is cognisant of the cultural and psychological needs of people to have something that resembles a “normal” Christmas after a year in which millions have been separated from their loved ones.

While there are always “specialists” on Twitter who know better, these are real dilemmas leaders face, having the ultimate responsibility to safeguard people’s health and keep their economies going. Even Sweden, which has so far resisted a formal lockdown, is reconsidering its approach as demand for ICU beds soar. Germany, Europe’s largest economy, has virtually closed.

These are difficult decisions and all leaders take them with great reluctance. That might be of some comfort for President Cyril Ramaphosa as he comes in for renewed criticism over the latest Covid-19 restrictions.

Some of it is outlandish, stupid and divisive — such as the idea that he has taken orders from shadowy actors in Stellenbosch to allow wine tastings — and others more reasonable, such as questioning the need to have a blanket ban on beaches in the Eastern Cape and the Garden Route instead of limiting that to areas, or specific days, such as in KwaZulu-Natal, that are prone to drawing big crowds.

In his speech on Monday, Ramaphosa mentioned gatherings 13 times, highlighting their centrality in the current spread of the virus. And yet the rules still allow for up to 100 people to attend events indoors. That is clearly too many. Sweden, which became the poster child for those who oppose any form of lockdown, sharply reduced the number to just eight from 50 already a month ago.

It is not hard to figure out why this particular decision has been made, as a ban on religious services for example would have most likely unleashed a backlash. In more secular countries where churchgoing has long ceased to be part of everyday life, this is not a consideration.

So these decisions are not always just about science, and mishaps are inevitable as governments try to balance different considerations. Some will argue that Ramaphosa should have closed taverns and bars completely. But he chose to give the people who run these business a chance to show they can police themselves.

Overall, it is to be welcomed that the government has learnt some lessons from the previous lockdown and has taken a much more nuanced approach to limit the damage to the economy. That is not to say there will not be a price to pay, not least for the small coastal towns that rely on tourism, or that all the decisions are sound.

SA is far from being out of the woods, and Cyril Ramaphosa will have to turn words into action
Opinion
9 months ago
Next Article

Some beaches to be closed over the festive season, while SA will have earlier ...

Some beaches to be closed over the festive season, while SA will have earlier ...