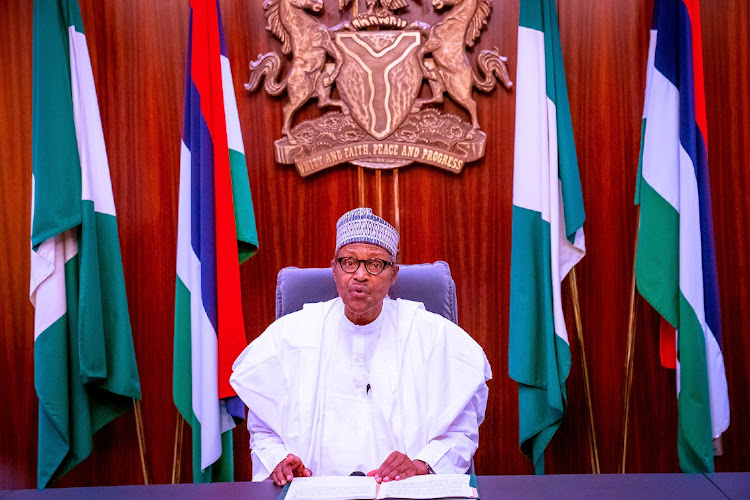 A few days after Nigeria celebrated 60 years of independence from British colonialists, a video of an apparent shooting dead of a man by members of the country’s anti-robbery police unit circulated on social media.

In a reaction, a critical mass of citizens took to the streets of Lagos and other cities to express their anger at the much-hated police unit called the special anti-robbery squad. Last week, the army opened fire at protesters in the capital city, killing a dozen, according to Amnesty International, and drawing international condemnation.

More than 50 people have been killed over the past weeks in the demonstrations that have morphed into a wider movement against everything from corruption to pandemic-induced economic distress in what was once touted as Africa’s next bright growth spot for business.

President Muhammadu Buhari, who made history in 2015 as the first Nigerian to oust a president through the ballot box, is likely to have inflamed tensions in an address to the nation on Friday. Many Nigerians are rightly angered by the president’s failure to acknowledge or mention the shootings on Tuesday night, which conjured up memories of Nigeria’s painful past in which dictators such as Gen Sani Abacha unleashed fearful political repression throughout the country.

In keeping up with his military background, Buhari, who also once seized power by force back in 1983 becoming military ruler but was removed by another army general, issued a warning to protesters, saying his government “will not fold its arms and allow miscreants and criminals to continue to perpetrate acts of hooliganism”.

He missed an opportunity to empathise with the families of the victims at a toll gate in Lagos on Tuesday, sticking to the official army position of denial despite numerous eyewitness accounts backed up by a wealth of video footage showing soldiers firing into a peaceful, unarmed crowd.

“I would like to appeal to protesters to note and take advantage of the various well-thought-out initiatives of this administration designed to make their lives better and more meaningful, and resist the temptation of being used by some subversive elements to cause chaos with the aim of truncating our nascent democracy,” Buhari said. “For you to do otherwise will amount to undermining national security and the law and order situation. Under no circumstances will this be tolerated.”.

The shootings and his thinly veiled threat to the protesters will overshadow Nigeria independence day anniversaries for years to come and taint his efforts to cast himself as a “converted democrat”.

The young people of Nigeria, some of whom were born after the end of military rule in 1999, have widened their demands beyond police reforms, revolting against everything from corruption to the mismanagement of the economy.

It’s easy to see the underlying reasons behind one of the biggest displays of public anger in the country’s democratic era. Five years after Buhari took office on pledges to diversify the economy away from oil and fight corruption, he has little to show for his efforts.

The economy is still heavily reliant on crude oil, whose already weaker prices have further been under pressure due to the pandemic-induced global economic downturn. Africa’s biggest economy has hardly grown over the past few years, hovering around recession, compared with a more than 10% growth in the previous decade. On average, Nigerians are almost one-fifth poorer than in 2015 while nearly half of the population live below R15 a day. That is about 83-million people.

Vast sums from the oil boom have been siphoned off through corruption. Little was done to diversify the economy, fix roads pitted with potholes and build power infrastructure that would have probably made the decision by companies like Woolworths and Shoprite to exit the country harder.

Even as President Cyril Rampahosa spoke strongly against the violence in Nigeria, we hope he is keenly aware SA is vulnerable to such antigovernment protests as millions of citizens resentfully watch the elite use public funds to line their pockets while the economy bleeds jobs and income inequality widens.

While business is not focused on protecting jobs, which is disappointing, the government should be
Opinion
11 months ago

In the meantime, the prosecuting authority could and should act without fear, favour or prejudice
Opinion
11 months ago