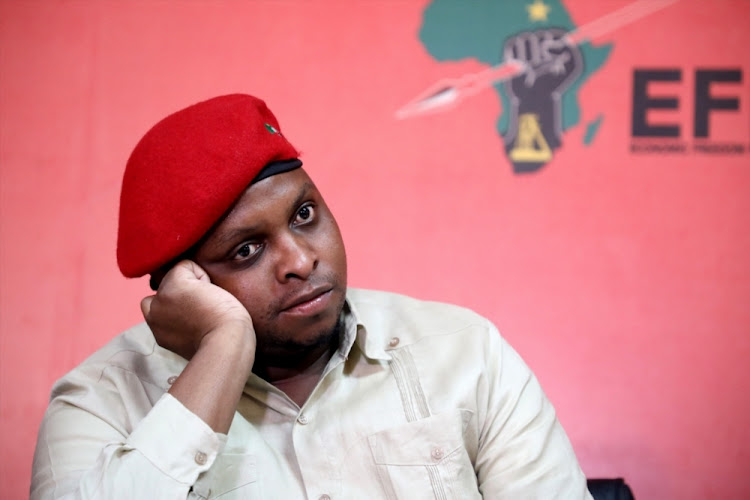 For years, EFF leaders have been rubbishing reports that they have funded their lavish lifestyles from the proceeds of crime, daring those who accuse them of such to provide proof. But now the Zondo commission of inquiry believes it’s worth checking out the flow of money through some of the leaders’ bank accounts.

The Sunday Times has reported that the commission, which is looking into allegations of state capture, has issued subpoenas to the country’s big banks to provide the financial records of EFF leader Julius Malema, his wife Mantoa, late grandmother Sarah, his lawyer Ian Levitt, his Ratanang Family Trust and a number of other companies linked to him through his associates.

EFF deputy president Floyd Shivambu was also on the list, along with his brother Brian, and his companies that allegedly illegally benefited from the looting of VBS Mutual Bank.

According to the Sunday Times, there are at least 36 individuals and entities whose financial records are being scrutinised by the commission’s investigators to determine if money from state coffers found its way into their accounts.

An insider said this was being done after information was provided by a whistle-blower.

The financial benefits being probed reportedly relate to a number of state contracts.

Responding to the newspaper, Malema said he was not aware of the subpoenas but also questioned why the commission was looking into his statements when no-one has implicated the EFF leaders. He said if he had been asked for the statements he would have provided them.

Malema and his allies should probably start worrying, because if evidence of dodgy transactions is found they will have no leg to stand on.

Perhaps Shivambu’s comment on Twitter, after the Sunday Times report, is telling. The EFF deputy president is using the same old excuse, claiming that the Zondo commission is after the EFF leaders for nefarious reasons as part of a political witch hunt.

“Now that Zondo & the handled administrators of the State capture commission are failing to pin down the Guptas, they’re using the commission to fight political battles of Jamnandas & the white capitalist establishment. We will expose their misguided political agenda. Disgusting!,” he tweeted on Sunday,  using public enterprises minister Pravin Gordhan’s middle name.

History, however, has taught us that those who use these types of excuses usually have something to hide. It is a similar excuse to that used by former president Jacob Zuma and his allies.

Shivambu had better hope South Africans aren’t shouting “disgusting” at him if the commission finds evidence of wrongdoing.

The best way to get to the bottom of what has happened is to follow the money and, as a source told the Sunday Times, “numbers never lie”.

If the numbers tell a sordid story, it will not bode well for the EFF, which has been on an anti-corruption crusade and was the party that hounded Zuma, when he was still in office, to “pay back the money”.

You can also be certain that if the state capture commission is in possession of the bank statements, that the National Prosecuting Authority (NPA) is on to them as well, especially after regulations were changed to allow the prosecuting authority to have access to the work of the commission.

Previously the NPA’s investigating directorate, which was set up to look at big corruption cases, was hamstrung by red tape. But this is not the case now, and we know the VBS matter is on its radar. It has already made arrests and the courts have already convicted and sentenced the former CFO of the bank, Philip Truter.

What is clear from all of this is that there were many tentacles of the state capture machinery, and not all of them are linked to Zuma and his friends the Guptas.

A year ahead of the local government elections, the EFF had better hope it doesn’t find itself among those tangled in state capture’s web of despicable corruption.

Zuma vs Zondo: He won't be able to run from the commission forever

The default shows what happens when countries accumulate debt, especially in foreign currency
Opinion
11 months ago

Insults and mudslinging on Twitter, exposing possible corruption, must be legally addressed
Opinion
11 months ago