Insults and mudslinging on Twitter, exposing possible corruption, must be legally addressed 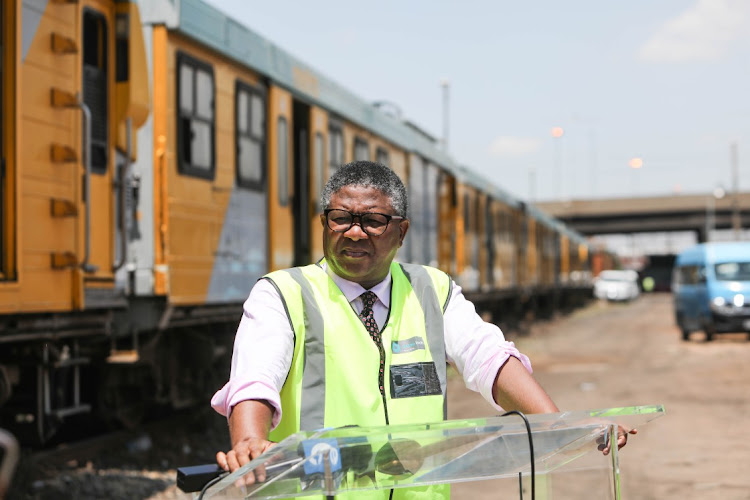 Transport minister Fikile Mbalula put on a masterclass in political spectacle this week as he went for the jugular of those who are, seemingly, foes in his party, the ANC.

In an astonishing, albeit not unique, set of tweets he hit out against the Umkhonto we Sizwe Military Veterans Association (MKMVA) — vocal supporters and defenders of former president Jacob Zuma and ANC secretary-general Ace Magashule — who demanded that Mbalula be arrested for crippling SA’s rail system.

While the rail system is, indeed, in shambles, and hamstrings millions of South Africans who depend on its functioning on a daily basis, Mbalula has bluntly said the calls against him are merely because the security contracts were cancelled at the Passenger Rail Agency of SA (Prasa) and that he had “closed the taps” for those looting the state-owned entity (SOE).

Mbalula, in no uncertain terms, told the MKMVA, its president Kebby Maphatsoe and spokesperson Carl Niehaus that “Prasa was your milking cow. I have closed the taps that is my sin you used to do as wish with fake security companies [sic]”.

He went further and said Maphatsoe was a “coward” who ran away from the MK camps, while calling Niehaus a “thug” employed in Magashule’s office.

The minister, however, did not leave the blows to Twitter, later releasing a statement in which he noted the campaign against him by people “calling themselves MK veterans” led by Maphatsoe and Niehaus. “It is rather unfortunate that these individuals hide behind ANC structures to camouflage their nefarious intentions to loot state entities,” he said.

Much can be said about what this means about changing political winds in the ANC given that his attack was so bluntly aimed at Maphatsoe, Niehaus and, by extension, Magashule, and given that Mbalula clearly does not believe there will be any consequences for his comments.

But the big takeaway is that yet another ailing SOE is at the centre of yet another political battle.

It bears remembering that Prasa, which has had five turnaround strategies implemented since its creation in 2009, registered irregular expenditure of R27.2bn in 2018/2019. It received a disclaimer from the auditor-general in 2019.

This while Prasa has had its trains torched and copper cables and tracks stolen, resulting in train derailments and fatalities across the country. Claims about the security contracts, who won them and how such a contractor functioned, are therefore no small deal, and are important to the sustainability of its infrastructure — which is material to Prasa’s success.

As Mbalula, naturally, has privileged and far more detailed information about what has transpired at the rail agency, given that he has made the comments publicly, he surely has information to back up his claims, and should make his way to the nearest law enforcement agency with information regarding the looting. It is not only a moral imperative, but a legal one.

Just as few take Zuma seriously for repeatedly accusing his critics of wrongdoing, including calling former minister Derek Hanekom a “known enemy agent”,  Mbalula could run into the same risk if he does not lay criminal charges.

Given the concerted fight back against the process of cleaning up SA’s SOEs and the cost corruption has had on the country, it is not enough to loudly allege that looting has taken place. The allegations made cannot merely be seen as political mudslinging, as these allegations — however superficial merely claiming “looting” may be — are extremely serious.

If it is merely frivolous comments made in the heat of an attempt to test the political waters, then South Africans should know that a critical SOE is once more nothing more than a tool for self-enrichment.

If it is sincere, it is his responsibility to ensure that something gets done about it. Standing up against corruption should not be reduced to trending on Twitter.

PETER BRUCE: With Zuma on the run, will Ramaphosa finally open the economy?

PETER BRUCE: With Zuma on the run, will Ramaphosa finally open the economy?