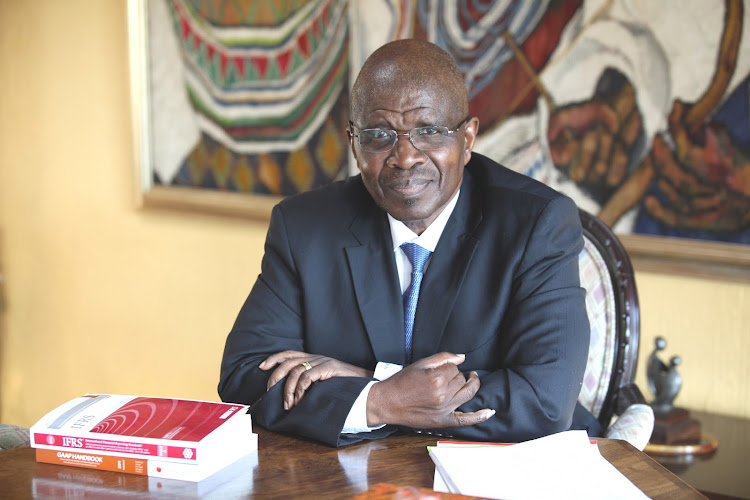 KPMG SA chair Wiseman Nkuhlu has written about how he tackled the systemic problems at the local auditing company. Picture: SUPPLIED.

Prof Wiseman Nkuhlu’s recently published memoir on his time as chair of KPMG (thus far) provides a template for how institutions embroiled in scandal can pull themselves back from the brink.

Of many lessons, the KPMG saga is a timely reminder of how myopic and utterly false a pervasive corporate culture that is focused on revenue and profit generation can be when there is no backstop provided by strong ethical expectations.

Nkuhlu describes just how vicious the public backlash was to news of the firm’s association with the Guptas and its role in the SA Revenue Service “rogue” report. Besides the large clients such as Absa and Gold Fields walking away in the aftermath of KPMG’s role in the failure of VBS Mutual Bank, Nkuhlu was shocked to be informed how rapidly mid-level audit managers were leaving the company.

These managers were the wheels of the company’s day-to-day business and were leaving in droves out of the shame of being associated with KPMG. This lack of capacity pushed the company into a negative spiral that resulted in retrenchments and further loss of business.

And for all the profits generated by the firm’s questionable clients, parent company KPMG was required to step in and bail out its beleaguered local subsidiary with a commitment of R2bn over five years.

The local firm now appears to be past its near-death experience, and this should offer hope for other private companies embroiled in scandals that challenge their very existence.

But the formula provided by Nkuhlu can equally be applied to a long list of SA’s public bodies and state-owned entities that were incapacitated by corruption during the state capture years.

The first lesson offered in the book is how Nkuhlu took a second swing at the job only after he had received what appeared to be the complete and unconditional support of KPMG’s international chair, Bill Thomas.

To get a company past denialism and towards acceptance of the degree to which it has strayed professionally and ethically requires the complete buy-in and support of the organisation’s most senior leaders.

Nkuhlu’s recommendations go further. He advocates the replacement of a company’s top executives and directors by people that have no loyalty to or prior association with the company’s former leaders. That implies hiring outsiders.

As a caveat, and in retrospect, Nkuhlu recommends that any incoming chair or board member should request the right to review previous board decisions before taking the job.

Turning the focus back on to the organisation’s primary purpose was the second major intervention Nkuhlu initiated. The primary purpose of KPMG, as Nkuhlu had to remind everyone, was to provide world-class audits a range of stakeholders could return to relying on and implicitly trust.

To get the focus back on quality, Nkuhlu imposed audit-quality reviews on every audit conducted in the 18 months before March 2018. As unpleasantly received by the company’s senior professionals as this was, the results were telling and reinforced the point that the company was in denial regarding the breadth of the challenges it was facing.

As the reviews progressed, and the culture returned to the quality of the firm’s audits, Nkuhlu says partners began to voluntarily request the reviews to see how the audits they were responsible for fared in relation to the firm’s own standards as well as the accounting and auditing standards they were compelled to meet.

The formula is established: diagnose the problem and don’t kid yourself when doing so. Bring in new people to perform the introspection and investigations, and be honest with the public in describing the scale of the problem, warts and all.

Above all, return the focus of the institution to the quality of its primary purpose.

Just when we were mired in bad news, President Cyril Ramaphosa pulled off a hat-trick of wins
Opinion
11 months ago
Next Article