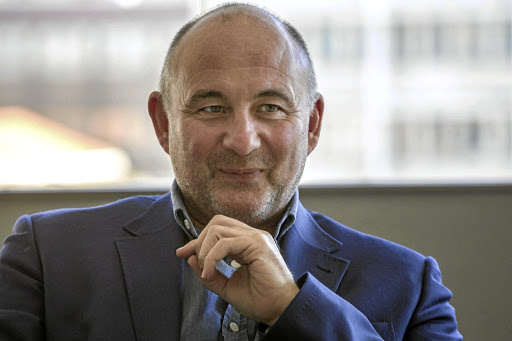 Ian Moir did a sterling job at Woolworths until the David Jones debacle. Picture: BLOOMBERG/HALDEN KROG

Readers of business publications know there are two SA corporate tales that repeat themselves surprisingly often with devastating consequences for investors.

The first describes how companies such as Old Mutual, Sasol, Mediclinic and Famous Brands went abroad in a bid to diversify from SA’s stuttering economy, only to lose billions of shareholders’ money playing in markets they had little understanding of.

About three months ago, we reported Peter Armitage, the head of one of SA’s fastest-growing wealth managers, Anchor Group, as saying these forays might have cost shareholders about R300bn over the past decade.

The other equally eyebrow-raising story is about CEOs earning exorbitant packages whether they added or destroyed value for shareholders. The saga regarding the generous settlement granted to Ian Moir, the former CEO of Woolworths, is a confluence of these tragedies.

Under Moir’s leadership, Woolworths bought Australian clothing retailer David Jones with full board and shareholder backing in 2014 and has since written down more than R12bn of the R21.5bn cost. The business is more than A$366m (R4.3bn) in debt.

The most recent annual report says bluntly that David Jones “has failed to deliver on the envisaged synergies and benefits, despite significant investment in numerous transformational initiatives”. The retailer had lost A$33m (R331m at June exchange rates) in the most recent financial year to end-June.

While shareholders will pay the price for this failure, Moir will be sitting pretty Down Under. On January 14, the day it was announced that he was no longer CEO, the share price closed 8.3% higher. That was a damning indictment of Moir’s leadership. Luckily for him, the remuneration implied a different view.

Having earned R13m as SA CEO until February 2020, he got another A$576,215 for his work until June in Australia. On top of this he has been given A$1.9m as 12-months’ notice and leave pay. That’s more than R22.6m for a year of no work. It gets worse. Woolworths’s remuneration committee extended the 2013 restraint of trade agreement stopping him from working in SA for a competitor to his new temporary job in Australia as David Jones interim CEO.

So this means he gets A$2.9m (in 2023) if he goes nowhere else. The joke, says one asset manager, is that with so much loss in value, why would you want to stop him from working at a competitor, let alone pay him not to?

“Insiders do well and shareholders get killed, again,” says shareholder activist Chris Logan. In 2019, when Moir’s salary of R23m came under fire, shareholders voted against the remuneration implementation policy and it failed to reach the required 75% to pass.

But this vote of displeasure is nonbinding and it merely triggers “engagements” behind closed doors with unhappy shareholders. If the vote had clout, asks Tracey Davies from Just Share, would we have Moir being rewarded even more handsomely a year later?

She says issues with remuneration are systemic — the nonbinding vote being a case in point. Earlier in 2020 during the Massmart annual general meeting, the nonbinding advisory vote on the remuneration implementation report just failed to get the required 75%. The owner of Game and Builders would not even say which shareholders voted against the policy and whose pay they were displeased with. The process of expressing unhappiness can be shrouded in secrecy.

Davies says shareholders who vote against pay policies should have to make public their nonbinding dissent. Woolworths was at pains in its latest remuneration report to detail its “just and equitable” wages for its lowest earners.

Remuneration packages are complex. Reading the reports often leaves you more confused and one wonders if the wording in pay packages is  purposely unclear. But the Woolworths story is simple and sadly not unusual … billions of rand lost and the man (the insiders are still largely male) who ultimately led the deal just keeps coining it.

That doesn’t seem to gel with Woolworths’s own words on its remuneration as “just, fair and equitable”.

The Canal+ stake, worth more than R3.2bn, demonstrates its confidence in the prospects of both MultiChoice and Africa
Opinion
9 months ago

Just when we were mired in bad news, President Cyril Ramaphosa pulled off a hat-trick of wins
Opinion
10 months ago

These losses have, in all likelihood, given SA another unwanted record of groaning under the world’s highest unemployment rate
Opinion
10 months ago
Next Article

ROB ROSE: Woolies, and the R77m package for its failed CEO

WATCH: Why executive pay is back in the spotlight

ROB ROSE: Woolies, and the R77m package for its failed CEO

WATCH: Why executive pay is back in the spotlight