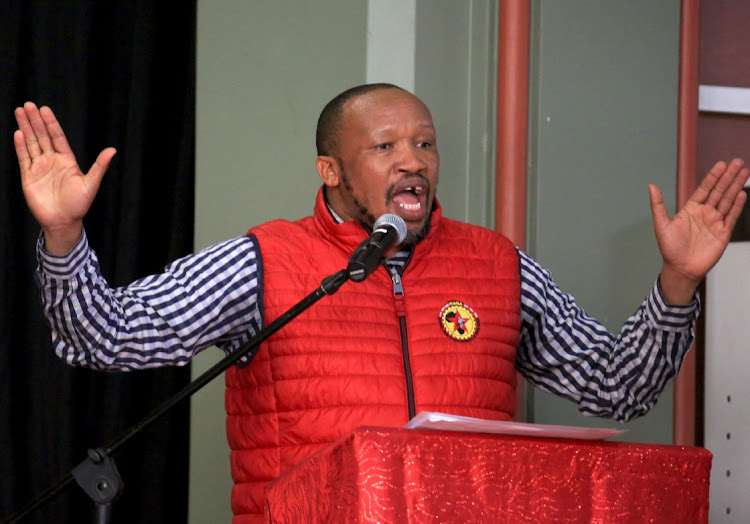 Unsurprisingly, Comair creditors on Friday voted overwhelmingly to allow the budget airline to pull its aircraft out of the hangar, helping bring competition in the sector amid growing doubts that SAA will emerge from its own messy business rescue process.

But we should temper our expectations. The National Union of Metalworkers of SA (Numsa) is not behind the business rescue plan, which entails forcing workers to take a 30% pay cut and waive their rights to any income from April 2020 until the airline begins flying in December, at the latest.

The business rescue plan, which allows Comair to leave some of its heavy financial baggage behind, needs the backing of the majority of the unionised workers at the airline. Numsa represents about 40% of them, putting it in a strong position to torpedo the deal.

While pushing through the plan would hit workers’ pockets, a hardline approach could end up hurting them even more. It’s common knowledge that most companies across SA forced employees to take unpaid leave in recent months while others resorted to cutting employee pay as they trawled the coffers to navigate the challenges posed by the Covid-19 pandemic.

But faced with the alternative of being laid off as their companies grappled with dropping orders, shrinking demand, falling advertising revenue and closed-down stores, most of them agreed to take pay cuts and others agreed to be furloughed.

Comair’s workers face similar choices. The company has not been making any money since April, and when it restarts at the beginning of December it will be re-entering a brutal passenger air transportation market. And it’s not clear how much demand there will be for travel.

Even if SA opens its borders to tourists from across the globe — who are important to domestic providers such as Comair that they use when in the country to access the most popular tourist spots — renewed concerns about coronavirus outbreaks may mean they don’t come anyway.

The precariousness of the situation means it would be doubly self-defeating for Numsa to make unreasonable demands from a company that hasn’t traded since April.

In anticipation of a tough trading environment for the next few years, the Comair business rescue team has mapped out a sound plan aimed at keeping as many jobs as possible. Sure, the plan entails cutting 400 jobs but it will also save 1,800 jobs. That compares with all the jobs being lost if creditors had decided that winding down the company would maximise their returns.

One of the biggest issues for Numsa is that those remaining employees are being asked to take 30% pay cuts when the company restarts.

It’s a deep cut in anybody’s language and it will impose hardships on workers who have commitments, from paying municipal rates to school fees. But one would hope Numsa is keenly aware of how tough the passenger air transport market is likely to be, especially for fragile airlines such as Comair.

Judging by demand-recovery trends in countries that have started rolling back travel restrictions, you can come to one conclusion: millions of customers are yet to return to flying. And the headlines about new outbreaks and lockdowns in important markets don’t inspire confidence.

Figures from the International Air Transport Association show that demand was stuck at just over a fifth of the 2019 levels in July with the industry expected to tally up as much as R1.4-trillion in 2020 losses.

Spreading the pain among all employees is not ideal, but it is the best solution the business rescue team has come up with to keep as many of the jobs as possible.

One would hope Numsa will consider these factors when it tries to wring bigger concessions from the ailing airline or run the risk of destroying nearly 2,000 jobs and robbing South Africans of a competitive player in the passenger air transport market.

We are ready to open our doors again to the world, the president proclaims
Opinion
11 months ago

EDITORIAL: Reserve Bank is likely to cut rate, and that is the right move

One factor favouring a cut is the rand’s recent resilience, which has led to it being among the best performing emerging-market currencies in the ...
Opinion
1 year ago

EDITORIAL: Ramaphosa has spoken and the tourism industry anxiously awaits ...

EDITORIAL: Ramaphosa has spoken and the tourism industry anxiously awaits ...