EDITORIAL: Don’t let political infighting get in the way of long-term Covid strategy 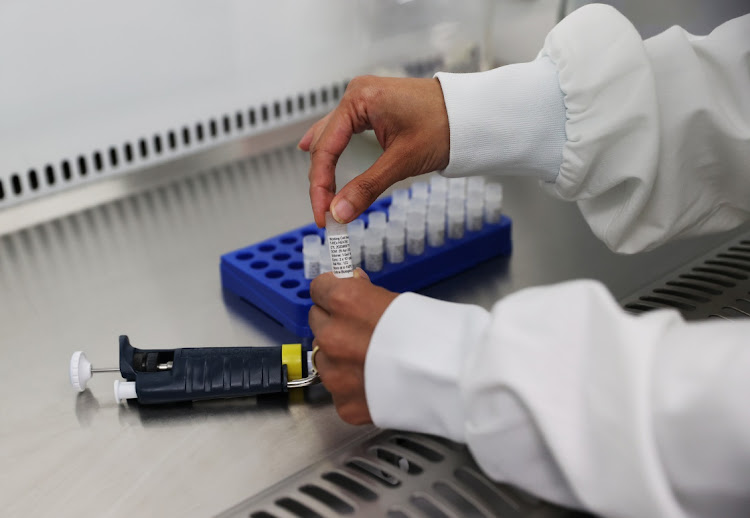 The race to develop a vaccine against Covid-19 has already taken an unseemly nationalistic turn, with richer countries seeking to secure as much for themselves as possible. Picture: REUTERS/CARL RECINE

The Financial Times published an article this week by a scientist who was involved in efforts to develop a vaccine for malaria about three decades ago. It’s a sobering read for anyone counting on a quick solution to the crisis posed by the Covid-19 pandemic. But it is also one that points to a hopeful picture irrespective of whether a vaccine is found.

As the writer, Richard Feachem, points out, the story is similar for HIV/Aids, despite billions of dollars having been poured into research since the 1980s. So the daily headlines about one study or another showing progress may be giving us false hope that a silver bullet will emerge out of the blue, and soon.

Even in the unlikely event that a safe and effective vaccine will be found in a short period, there are huge questions about how to rapidly and fairly distribute it to enough parts of the world to make a difference.

The race has already taken on an unseemly nationalistic nature, with richer countries seeking to secure as much for themselves as possible. Some political leaders apparently think that the past few decades of globalisation and the interconnectedness of countries and people can be undone. That’s the only scenario in which a “me first” approach can work — if you assume you can isolate yourself from other nations and therefore be immune to importing infections.

While malaria remains one of the biggest killers in Africa, with 17 countries in the region and India accounting for almost 80% of all deaths in 2017, the world has long learnt to live with the disease. And an HIV/Aids diagnosis has long ceased to be a death penalty; a combination of better drugs and other interventions has been effective in making it manageable.

The new surge of infections, which led to renewed lockdowns in part of the US, Australia and most recently Aberdeen, Scotland, highlight the need for countries to have strategies that assume the virus will be around for a long time.

This might be an underappreciated casualty of the government’s haphazard and contradictory approach to lockdown regulations. In addition to distracting from the need to reinforce behavioural changes regarding social distancing and wearing masks, the national conversation is dominated by conflicts over tobacco and alcohol sales.

And that’s when we are not discussing the procurement of personal protective equipment and corruption involving ANC members.

President Cyril Ramaphosa, who won election on a pledge to revive the economy after what he referred to as the lost decade under his predecessor, is constantly in the headlines for the wrong reasons as far as business is concerned. It will be disconcerting to many that he hasn’t had anything to say about big companies pulling investment plans, at least R6.5bn in the first two days of the week.

More worryingly, a government and ruling party that is at war with itself is in no position to chart a way forward for the country. The liquor industry may be dominating the headlines due to the ban on its ability to trade, but many businesses are in the same boat. And their plight is forgotten.

If we will have to live with this virus for many years without a vaccine, SA should be working on and implementing a plan now to restore some kind of normality and prevent the total collapse of the economy.

Instead of being distracted by internal ANC politics, Ramaphosa should be presenting the country with a plan on getting the tourism industry going. Despite its apparent obsession with SAA, the government has given no indication of how or when it will open the skies and get aviation going.

And these are by no means the only challenges facing the country. They don’t seem to be occupying the leadership much, which doesn’t augur well for our ability to adapt to the new normal of a Covid world.

The PPE debacle comes as the IMF gives SA a huge loan, but Cyril Ramaphosa heads an ANC that seems to care little about its moral standing
Opinion
11 months ago

EDITORIAL: Covid-19 will not make us kick the habit

But Covid-19 is building online shopping habits that will stick, and it would be foolish for firms to pay little attention to their e-commerce ...
Opinion
1 year ago