Switzerland-based luxury firm’s overall sales drop by almost half, but the online section by much less 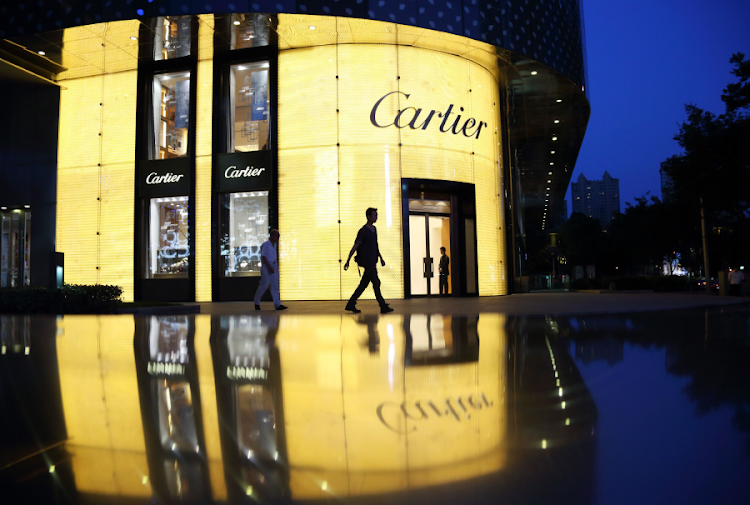 A pedestrian walks past a Cartier store, operated by Richemont, as it stands illuminated at night in Shanghai, China. Picture: BLOOMBERG

It was a few years ago that luxury goods makers woke up to the reality that more consumers, even high-net-worth individuals looking for intricate timepieces or perfumes, are happy to shift their spending online.

Richemont, the Switzerland-based luxury firm and watchmaker behind brands such as Cartier, snapped up an online portal Yoox Net-A-Porter in 2018. It was an embarrassing but necessary about-turn by the company — which counts SA’s richest man, Johann Rupert, as the biggest shareholder — acknowledging that consumers, especially tech-savvy millennials, are perfectly comfortable buying fine jewellery while sipping whisky on a couch.

With China, which has overtaken the US as the world’s biggest market for personal luxuries, showing concrete signs of a recovery, investors have every reason to hold on to Richemont shares

A recent report by consultancy Bain & Company, whose forecasts are widely watched in the industry, showed more than one-10th of luxury spending has moved online. It is true that not all shoppers will suddenly shift all their spending online as some cherish the experience and perception of authenticity that comes from bricks-and-mortar stores.

But one can bet the Covid-19 pandemic, alongside physical distancing guidelines across the world, is likely to increase the pool of customers who splash out on luxury items with a click of the mouse or tap on a smartphone. With any luck, shopping habits picked up during the lockdowns will become deeply ingrained, especially if companies such as Richemont invest more in their online offerings and marketing.

If anything, last week’s quarterly report from Richemont showed its decision to buy Yoox Net-A-Porter was sensible. The company’s sales in the quarter to the end of June dropped by almost half — a hugely disappointing showing but largely expected given worldwide shutdowns of non-essentials stores to fight the Covid-19 outbreak.

But online sales dropped by much less. They were down by just over a fifth, even after Yoox Net-A-Porter’s warehouses in Italy were closed as part of that country’s lockdown measures. Compared with the same period a year earlier, the contribution of online sales to the group’s  €1.9bn (R36bn) surged to about 8% from 2%.

Shares in Richemont are down about 4% in 2020, largely in line with the broader market, suggesting investors have looked past expectations of as much as a 60% sales knock in 2020, according to Bain, which expects revenues to return to 2019 levels after two years at least.

With China, which has overtaken the US as the world’s biggest market for personal luxuries, showing concrete signs of a recovery, investors have every reason to hold on to Richemont shares, which have recovered nearly one-third of their value from this year’s trough.

Official data on Thursday showed that China has become the first big economy to return to growth since the Covid-19 pandemic wreaked havoc across the world, registering more than 3.2% growth in the second quarter. It may well be the big economy to finish 2020 with a positive GDP reading, which would be impressive against the carnage elsewhere.

That is good news for shareholders in Richemont, which also said in the quarterly update that sales in the world’s most populous country and No 2 economy by size had recovered quickly, helping to limit the fall in revenue in the Asia Pacific region to just 29%, compared with about 60% in Europe and Americas regions.

But with online sales in China having grown at triple digits, it should be easy for shareholders that will be forced to forgo 50% of this year’s payout as Richemont joins a host of companies across the world in building cash reserves to navigate challenges posed by the economic shock, to stomach the pain knowing that their company is on the right side of the trend.

Who knows, Rupert’s so-called loyalty scheme, which assumes a continued recovery in the shares and allows shareholders the right to buy shares at a future date at current market prices to compensate for the deep cut in dividends, could turn out to be a good deal.

EDITOR’S NOTE: Future is online — and catching up is hard to do

EDITOR’S NOTE: Future is online — and catching up is hard to do