Agency will return to work with increased capacity, but those who needed help were left out in the cold for months 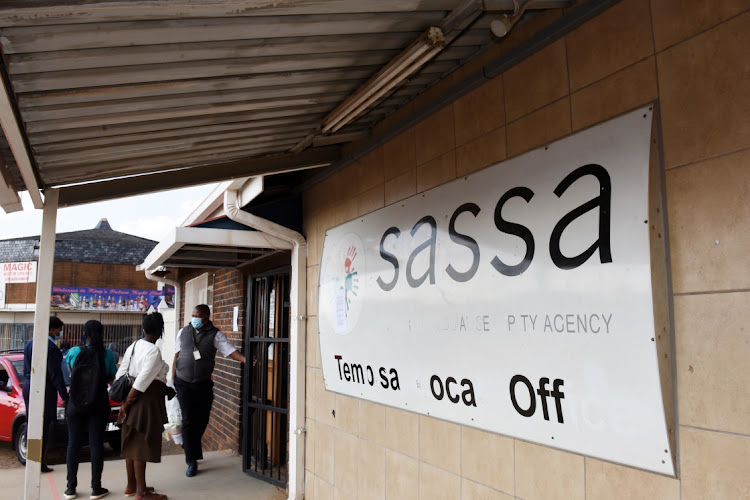 The national lockdown to curb the spread of Covid-19 has brought the SA economy to its knees. This has resulted in millions more people finding themselves having to rely on the state for social relief.

Before the pandemic took hold, about 18-million South Africans were receiving a social grant of some kind. Now, with the economy having been shut and millions of workers left without an income for the past eight weeks, that number has grown.

President Cyril Ramaphosa announced a R500bn social and economic support package in April that included wide-ranging support for the most vulnerable people through R50bn in expanded social grants. This included a top-up of grants and a special Covid-19 grant of R350 a month for the next six months for those who are now unemployed and do not receive any other form of support, such as through the Unemployment Insurance Fund (UIF).

The most vulnerable have had to stand outside in queues for hours on end to receive their social grants, while others anxiously wait for the little relief the government has promised them.

The task of vetting people and eventually paying out the new temporary relief grant was placed in the hands of the SA Social Security Agency (Sassa), which has for years not covered itself in glory and has battled problems with ensuring timely payment to beneficiaries of social relief.

The paying of grants is a mammoth task, and adding an additional grant to the mix makes it an even more challenging feat.

Yet despite this, Sassa offices were closed for most of the now more than two-month lockdown. It was only when SA moved to level 4 at the start of May that Sassa, after facing a legal challenge, decided to partially open its offices with a third of its capacity.

The grant payment system hit a glitch, which resulted in some beneficiaries finding their accounts empty and others being paid double. This happened before Sassa even opened up the applications for the new temporary relief grant, and raised questions about whether it would be able to handle the extra load.

The applications for the new grant opened two weeks ago, and the first payments were expected to take place on May 15.

However, Sassa announced last week that it had paid only nine people, despite receiving 13-million applications and inquiries. The agency said 10 people were used as a sample group to test the efficacy of the payment mechanism, and nine were successfully paid.

There was no communication about this when the applications opened.

Sassa CEO Busisiwe Memela-Khambula told MPs on Friday that by May 25 the agency had processed 37,777 payments, while 64,930 applications had been submitted for payment but still had to be processed. A total of 666,381 applications have been approved (but banking details are awaited) of the 6.38-million valid, complete applications received.

As the country moves to level 3 on June 1, Sassa says it will return to work with increased capacity, which it says will enable it to “accelerate the pace” of paying out.

This is a big service delivery failure on the part of Sassa and the government. Surely Sassa’s services should have been deemed essential, and the department of social development should have ensured that it was able to render services during such difficult times.

The most vulnerable have had to stand outside in queues for hours on end to receive their social grants, while others anxiously wait for the little relief the government has promised them.

These should have been some of the pertinent issues to be dealt with by the government and the national coronavirus command council, instead of focusing more on bizarre and unsubstantiated regulations in the name of saving the country.

Those who really needed saving have once again been left in the cold.

Tourism accounts for almost 10% of all jobs, and more than 8% of GDP — a strong argument for opening the sector, albeit safely
Opinion
11 months ago