EDITORIAL: Ramaphosa needs support as he tries to turn tide against graft 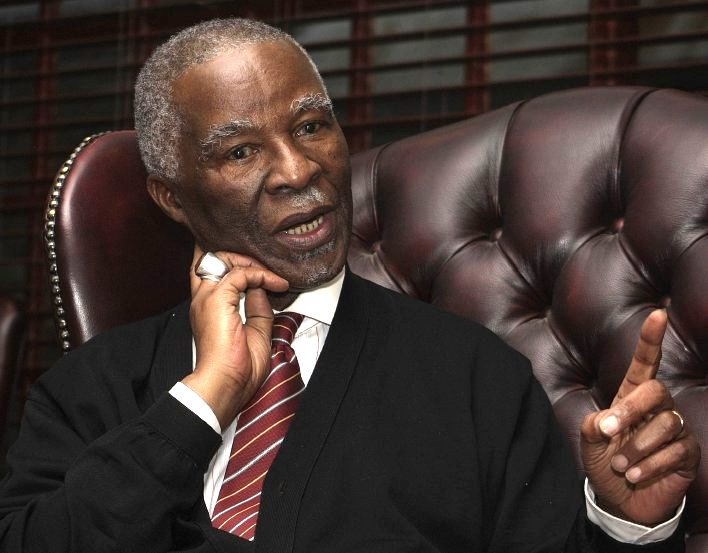 Mbeki spoke last week about the ANC owning up to the consequences of “corruption, loss of integrity and lawlessness” and how during that time he could not bring himself to tell people to vote for the party he had led.

Critics might want to remind him that the rot dates back to before what is popularly known as the nine “wasted years” under former president Jacob Zuma. After all, Zuma’s legal troubles mostly relate to alleged corruption linked to the so-called arms deal, which was approved when Mbeki was deputy president.

The period under Zuma just took it to a totally different level.

Despite what has transpired in the various commissions, another former president, Kgalema Motlanthe, has said it was not an absolute waste — there were some successes as well.

As the memory fades of what preceded the last 25 years of democracy, a milestone reached on Saturday, it is often easy to forget where we’ve come from. From a country that would jail one for daring to love a person of a different colour or the same gender, SA has improved in many ways.

In less than two weeks, we will be holding the sixth all-race national election, which is being touted as the most hotly contested since 1994.

The latter is probably a sign of how the ANC has failed to deliver on the promise of those days. The moral leadership of Nelson Mandela is long forgotten and the party has overseen a decade of state capture in which it shielded a president who showed very little regard for the constitution.

Key institutions such as the SA Revenue Service (Sars), the National Prosecuting Authority (NPA) and the State Security Agency were hollowed out and used for dubious political gain, while state-owned companies such as Eskom and Transnet were decimated.

And while all of this was happening the economy was crumbling, unemployment reached all-time highs and the mismanagement of the public purse punished the poor with a VAT increase.

As we move forward from the milestone in our democracy, there is the danger of complacency. The forces responsible for this state of affairs are not lying down and are ready to thwart President Cyril Ramaphosa’s efforts.

As a country we need to stand firm and defend our constitutionalism, and that’s why the debate about the independence of the Reserve Bank is so crucial.

However, not everything is doom and gloom, and Ramaphosa deserves credit for what he has done so far. An oft-repeated criticism is that because he was deputy to Zuma in the latter’s second term, he has no credibility as a reformer and he was by association part of the looting project.

At face value that’s a fair criticism but it shows a lack of understanding of the dynamics of the ANC. It’s hard to argue that the country would have been in a better state if Ramaphosa had been outside the ANC and Zuma had been able to choose his own successor. While he is no messiah, he is at least making an effort to fix things.

Sars has a new commissioner in Edward Kieswetter, who will be starting his job this week. If the Sunday Times is to be believed, the institution is going after ANC leaders implicated in Bosasa bribing allegations.

Just last week, Ramaphosa fired two key figures implicated in the politicisation and destruction of the NPA, giving its new head, Shamila Batohi, an opportunity to put together a team that can restore the institution’s credibility.

As citizens, we all have a duty to stay vigilant and active to defend the promise of this country. It is not just up to political parties and leaders.

EDITORIAL: Now is the time for Ramaphosa to act on Jiba and Mrwebi

Bank urged to prepare a report on its exposure to climate change risks in its lending, financing and investment activities
Opinion
3 years ago

Although the success rate is low, it is often a better way forward for distressed companies
Opinion
3 years ago
Next Article

We will oppose any attempt to remove Cyril Ramaphosa, says Cosatu

GENEVIEVE QUINTAL: Political parties pull out all the stops as elections looms

We will oppose any attempt to remove Cyril Ramaphosa, says Cosatu

GENEVIEVE QUINTAL: Political parties pull out all the stops as elections looms