EDITORIAL: Government has a crucial part to play in saving the construction industry

There is a lot at stake. In the immediate future it’s the jobs that will go and for the country's long-term future, it’s the loss of skills 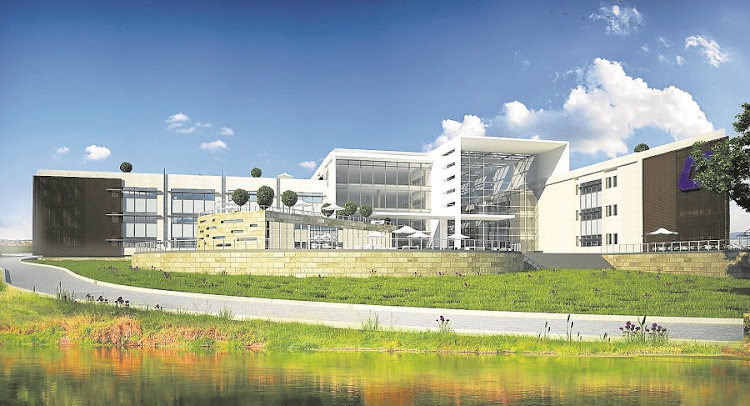 The construction industry, traditionally a key driver of employment and economic growth in SA, has been in steady decline since the heady days of the boom ahead of the 2010 Fifa World Cup.

With too little work, both from the government and the private sector, the industry’s faults and shortcomings have been laid bare for all to see. As Warren Buffett once put, you find out who has been swimming naked when the tide goes out.

Within a decade, the industry’s invincibility has been smashed to smithereens. Falling order books, tight liquidity and paper-thin margins have brought it to its knees. The JSE construction and material index’s underperformance in relation to the JSE all-share index in the past decade bears testimony to this.

That the once-mighty Group Five’s business rescue this week did not come as a complete surprise says a lot about the financial pressure that some of the country’s construction firms have been under. Group Five’s own financial troubles are well-documented, especially its messy handling of the Kpone power project in Ghana.

It has not helped that the government’s infrastructure investment programme has been less than ideal. A company such as Group Five, which gets about 77% of its revenue from SA, feels the pinch when government expenditure slows.

At the moment, public investments in roads, water and power are the key drivers of civil construction in SA.

Not surprisingly, in the face of the low economic growth confidence in the construction industry has dipped. Indicative of the pessimism that has gripped the sector, the FNB/BER civil confidence Index remained rooted below 20 for the sixth consecutive quarter in the fourth quarter of 2018.

The industry has also scored some own goals. The pursuit of opportunities outside SA has been disastrous for some and brings into question whether they were reckless.

As seen in Group Five’s Kpone project, there is a huge cost to delayed delivery of projects and poor execution. In the year ended June 2018 alone, Group Five’s losses on the Kpone project were R1.3bn. In the prior year, the loss was R649m.

The tough conditions have prompted players in the sector to take a hard look at their existing structures in order to streamline operations and exit troublesome areas. For instance, Group Five has completed a new strategy which entails reduced focus on engineering, procurement and construction and turnkey projects.

The group now wants to concentrate only on sub-Saharan Africa and Europe in the sectors of transport, water, power and real estate. The question that the company’s shareholders should be asking is what took the firm so long to clean up its act.

While some of the industry’s woes come from a lack of careful planning and questionable decision-making, surely there is a role for the government in the efforts to prop up the sector? It is beyond question that for the industry to recover, the macroeconomic environment must also improve.

As far as the government is concerned, increasing expenditure in infrastructure will be a good starting point. In his state of the nation address, President Cyril Ramaphosa raised hopes, saying the government would contribute R100bn to the infrastructure fund over a 10-year period. This will be used to leverage financing from the private sector and development finance institutions.

Finance minister Tito Mboweni's decision to lift the government allocation for infrastructure spending just 4% to R864.9bn isn't enough to lift the sector, according to Industry Insight.

If there is any party that should take the first decisive steps to salvage the sector it is the government. There is a lot at stake. In the immediate future it's the jobs that will go in a sector accounting for about 9% of all employment. And for the country's long-term future, it's the loss of skills as those who are marketable search for opportunities on other shores.

Group Five and peers including Basil Read and Erbacon have succumbed to a depressed construction market in which major projects have failed to ...
Companies
2 years ago

Behind Group Five’s fall from grace to business rescue

WATCH: The factors that led to Group Five’s collapse

SA’s construction industry, like Group Five, may be collapsing

As construction companies crumble, SA will have to rely on foreign companies — and their prices — for infrastructure builds
Companies
2 years ago

Local is not lekker for SA companies — from construction to sugar

The 10 worst SA performers tell a tale of an ailing economy, with only palladium bringing any hope
Markets
2 years ago
Next Article