As chaos swamps the globe, the world clings to hopes for structure and order 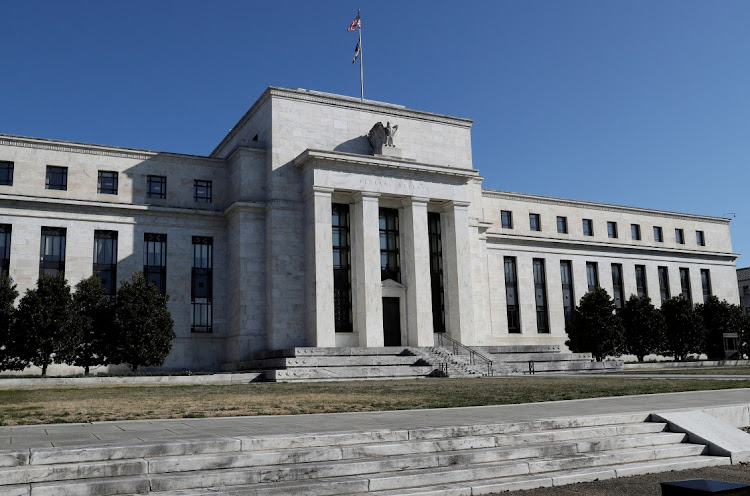 The Federal Reserve Board building on Constitution Avenue is pictured in Washington, US. File photo: REUTERS/LEAH MILLS

In Christopher Nolan’s The Dark Knight, Heath Ledger, as the Joker, explains how the world loves structure and order. He expands that people remain calm for as long as there is a plan in place, no matter how absurd. He concludes he is an agent of chaos here to introduce anarchy and upset the established order.

This is where we find ourselves in the global landscape, where geopolitics and policy normalisation take centre stage. We have witnessed the Russia-Ukraine crisis draw a line between big global economies that would potentially seek to create different economic orders within trading blocs. This expands on populist and nationalist themes we saw increasing across the globe, which resulted in the Trump presidency, Brexit and US/China trade wars.

This is counter to economic theory, which suggests that globalisation and open economies benefit all trading partner countries. Though all countries benefit, some benefit more than others, and countries have been obsessed with measuring their counterparties’ benefits much more than they do their own, which has led to economic conflict and less co-operation and trade.

Since the quantitative easing regime after the 2008 global financial crisis, most central banks have struggled to normalise monetary policy.  After the crisis, the US Federal Reserve increased its balance sheet by over $3-trillion before beginning to stabilise it five years later. It also cut interest rates from about 5.25% to 0.25%.

In its previous attempt at normalisation, the Fed could only increase interest rates to 2.5% and reduce the balance sheet by less than $1-trillion over 10 years, before the Covid-19 pandemic required further monetary support. In response to this new crisis, it cut interest rates back to their post-2008 financial crisis level of 0.25%, and with more confidence this time, increased the balance sheet by $5-trillion.

The Fed, among other big global central banks, has stated again that it looks to normalise monetary policy once more. For the US, this has been important because inflation has reached levels not seen since the early ’80s. The question remains: is it possible to remove $8-trillion from the Fed’s balance sheet and get interest rates back to their pre-2008 financial crisis level? Further to that, what is normal and what does policy normalisation look like?

The Fed expects US interest rates to stabilise at about 2.5% in the long term — still lower than half the pre-2008 financial crisis rate. The low interest rate environment is the new normal and what used to be low is now considered high, and what is termed policy normalisation is actually policy stabilisation.

Nonetheless, markets have experienced excessive volatility over these uncertainties, with most counters — particularly growth stocks — negative on a year-to-date basis. This has seen proponents of value investing proclaim the end for growth stocks.

However, from our perspective stocks like Microsoft and Apple are still good investments despite the recent sell-off. Both these counters, though expensive from a valuation perspective, have strong return on ordinary equity, double-digit expected earnings growth, efficient allocation of capital, global revenue diversification, quality products, brand loyalty, capable management teams and strong margins.

Risks remain about the ease of doing business in various economies, increased competition in international markets and lower returns on new ventures, among others. It is for these reasons that we invest in both growth and value stocks with a good investment case.

RICARDO SMITH: The upside of risk

Uncertainty can make for positive or negative outcomes, but do not be ruled by fear in deciding on investments
Opinion
2 months ago

Tightening global financial conditions have led to an increase in the number of countries at high risk of debt distress, lender says
Economy
1 month ago

RONÉ SWANEPOEL: Jumping from one top-performing fund to another is a losing ...

RONÉ SWANEPOEL: Jumping from one top-performing fund to another is a losing ...