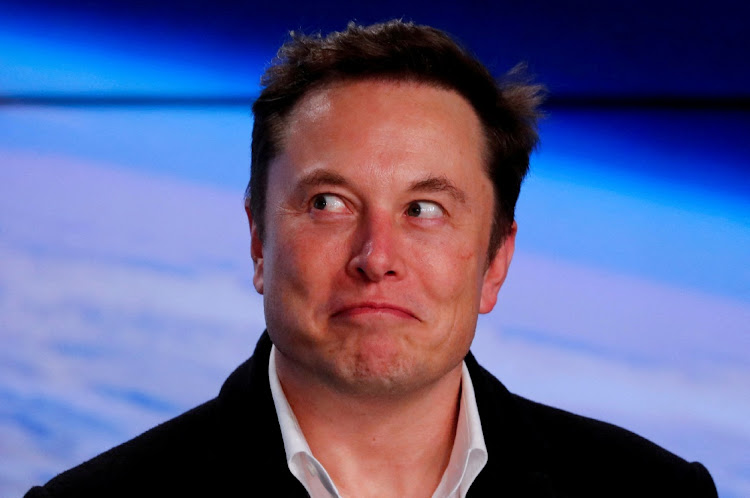 In eastern Ukraine, Russian troops are inching deeper into the country, leaving tales of chemical weapon usage and rape-by-soldier in their wake. In KwaZulu-Natal, people and property have been washed away by rising floodwaters, the number of missing and presumed dead growing steadily. And in the digital streets, a rich guy bought a bunch of shares in a social media platform and the internet lost its mind.

Just a few years ago any suggestion of the comparability of the above three news items would have seemed ludicrous. But while Elon Musk’s Twitter stock grab lacks the life-and-death immediacy of war and extreme weather, it matters — perhaps even more than I would like to admit. To understand why, we need to quantify the importance of the platform, make a measure of the man at the centre of the story, and then assess the risk created as the two meet, Venn-diagram style.

If your own news filters skew away from the latest kerfuffle, you might be surprised to learn that Musk’s purchase of a 9.2% share in Twitter shook the world last week. That stake means the sometimes-richest man in the world is officially the biggest shareholder in the platform, which has close to 400-million users.

And of course, if your news slants far-right of mine, first, “welcome, weird to have you here”, and second, the takes you are reading are likely to herald Musk as Twitter’s salvation: “Oh my gosh, Musk is going to fix Twitter and save us from cancel culture!”

Wherever you lie on that spectrum, the point is that a single individual, Musk, now has a considerable degree of influence over what he himself calls “the de facto public town square”. This kind of influence is scary enough when it is wielded by an elected person at least pretending to be a public servant — the tangerine tyrant comes immediately to mind — but Musk is not an idealist, a politician or even vaguely consistent in his ideology. Instead, he seems driven almost purely by self-interest, dressed up as “libertarianism”, which some might argue are essentially the same thing.

In The Atlantic last week, Marina Koren argued that Musk has repeatedly shown his “impatience to shape the world, as quickly and as directly as possible, in the way [he deems] fit”. It’s a great piece if you have the mental bandwidth for a longer read. Koren outlines a long series of Musk’s business decisions and public statements, showing the inconsistency and whims that appear to drive him.

As other commentators have also observed, Koren notes Musk’s “strong feelings about free speech” and how he authored several polls and tweets on the hot-button topic leading up to the purchase of those shares but, she argues, “ultimately he values control of the things he cares most about”, including Twitter.

Musk uses Twitter to communicate directly with world leaders and his fans, but on Twitter and in his businesses he has shown himself far less keen on any free speech that critiques him. And while Musk calls himself a “free speech absolutist”, multiple investigative reports and unauthorised biographies have shown him lashing out at and shutting down critics on investor calls and in media conferences. And allegedly alienating and even firing staff who push back on matters of workplace culture or temper his promises on productivity and targets.

I will not go through the full list of examples here, but rather encourage you to read The Atlantic article, as well as many others on the topic. Musk has a demonstrable track record of being unpredictable and unaccountable. Two quick examples: CNBC reporting this week shows that he was tardy on disclosing this latest Twitter stock purchase to the US Securities & Exchange Commission, and a separate article in The Atlantic details how he has reneged on his promises to the community in south Texas where he is building a SpaceX installation.

If we are going to consider his words on free speech versus his actions on the same, I would point out the inconsistency in arguing that people (such as former US president Donald Trump) should not be banned for tweets that appear to incite violence — while also objecting to the account @elonjet (which shares publicly available info about the whereabouts of his private jet). Musk famously offered the account owner $5,000 to shut it down, citing fears for his own safety.

Even the last week has been a masterclass in flip-flopping, from promises — as Fortune reports — that the Twitter investment was essentially “passive”, to running polls on the same Twitter on what changes the platform needs.

As for the board position that never happened, it is important to note that taking the seat would have meant limiting himself to no more than a 14.9% stock share and a duty to “act in the best interests of shareholders”. Not taking the seat, on the other hand, means he can continue to tweet a barrage of criticisms and polls-that-read-as-threats, and grow his shareholding or partner with other shareholders for bigger, bolder plays.

Given all of the above, I tend to agree with Koren’s view that “Musk’s version of free speech ... seems to be one in which only powerful people can say what they please and escape any negative consequences”. Now that is a real threat, if we’re looking for one.

• Thompson Davy, a freelance journalist, is an impactAFRICA fellow and WanaData member.

KATE THOMPSON DAVY: TransUnion hack is a real test for privacy law and another headache for credit consumers