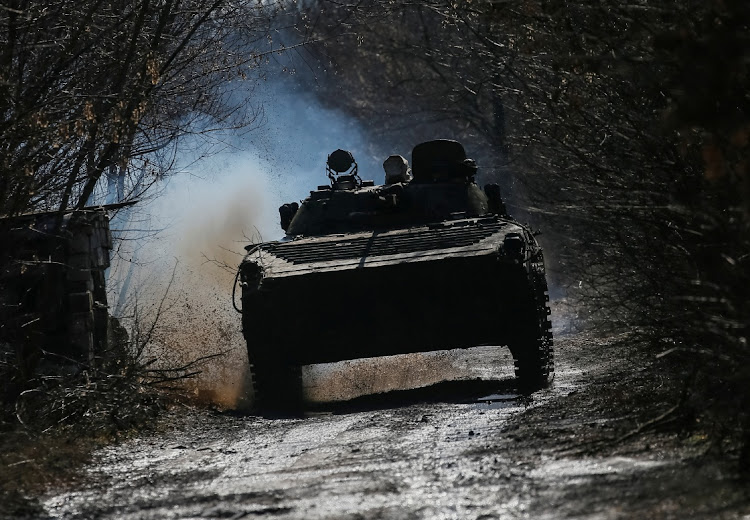 London — The new year is proving unkind to the global investor consensus yet again and low visibility now becomes a major problem.

As simmering Russia-Ukraine tensions boiled over this week, big bets on emerging-market and eurozone stocks look to be going the same way as 2022’s other hot tip: the overwhelmingly bullish US dollar view.

And what seemed like a “no brainer” in avoiding treasury bonds is being rethought by the day. Net cash holdings are the highest since the pandemic unfolded in the spring of 2020.

Only energy, commodities and precious metals — and commodity-heavy indices such as the FTSE 100 — have really performed so far, and mostly for obvious geopolitical reasons.

While a switch to cyclical and beaten-down “value” stocks has been advised by many asset managers, a dramatic flattening of the US treasury yield curve has turned out to be one of the trades of the year, though it hardly bodes well for growth ahead.

More questions than answers are mounting.

Will the uncertainty of military anxiety in Eastern Europe allow the sort of aggressive central bank monetary tightening that markets had rapidly priced in during the first six weeks of 2022? And at what point would soaring energy costs crimp demand as much as spur inflation?

It is early days on all counts. The year is not even two months old and volatile pricing in the short term doesn’t mean full-year investment goals won’t be met eventually. A Goldman Sachs number crunch out this week suggested a lot of the Ukraine crisis may already be discounted in prices. But as UBS economist Paul Donovan noted again this week, “Markets are not good at pricing in political risk properly.”

And so with expectations about next month’s critical US Federal Reserve and European Central Bank (ECB) meetings ebbing and flowing in tandem with oil price spikes and rising risk aversion, there is a strong argument for investors to batten down the hatches until the situation becomes clearer.

Deutsche Bank’s strategists note that Wall Street equity sell-offs around geopolitical shocks of the past century have tended on average to be deep, almost 6%. But stocks take only six weeks overall to recover to earlier prices. The caveat is that  the prevailing economic climate dictates the course thereafter.

Amundi’s emerging-markets head, Yerlan Syzdykov, believes that there may eventually be opportunities in some of the markets worst affected — but also that global investors may just gravitate to safe havens “until we get more clarity about the overall security situation”.

JPMorgan’s emerging-debt team said the crisis has entered a “new phase” and they advised paring back positions more broadly as well as just removing all Russia or Ukraine paper. “The crisis is now transitioning from a background risk to a significant market driver in coming weeks,” they told clients. “More durable fundamental consequences for markets, primarily via higher energy prices, need to be priced.”

So just write off the rest of the quarter then?

The Deutsche research hinges on dating these past geopolitical incidents to singular events — and this standoff may struggle to identify that one moment.

With no clarity yet on when or if Russia will mount a full-scale invasion of all of Ukraine, on what military resistance they might meet, or even how draconian the West’s escalation of financial sanctions will eventually become, markets could be in for many more months of headline risk at least.

What’s more, one of the dominant background economic concerns this time around — the persistence of energy-fuelled inflation concerns — is very intertwined with Russia’s actions.

And many will also look to see whether growing ties between Moscow and Beijing mean that China also sees this as a moment to face down the West on its regional issues — a standoff that global fund managers and companies far more exposed to China would see as a much bigger market disruption.

At the recent summit between presidents Xi Jinping and Vladimir Putin, China gave explicit support to Russia’s call for an end to Nato expansion, while Russia stated its opposition to independence for Taiwan.

None of these scenarios augurs well for some of the big consensus trades of the year — not least European and emerging-market stocks.

Talk of a eurozone energy crisis may be exaggerated as we head into warmer spring and summer in the northern hemisphere, and the Nord Stream 2 pipeline, now sanctioned, was not yet functional anyhow.

But, as Barclays pointed out on Tuesday, current depressed natural gas flows from Russia would still leave euro gas storage at very low levels after a mild winter. “The crisis could extend, potentially into 2023, if flows remain weak through the summer. Prices are likely to remain high and volatile.”

As for emerging markets, more stiff sanctions on Russia, added tension in Eastern Europe and a new hit for big energy importers such as Turkey are other blows in a year already agitated by high inflation and rising interest rates.

And unknowns surrounding China’s next internal and external political shift are a potentially huge swing factor for big emerging equity indices that are dominated by Chinese stocks.

February’s Bank of America fund manager survey saw the biggest net shift in positioning over the month move towards emerging markets. And so this latest jolt will hurt, with MSCI’s emerging-market equity index’s peak to trough drop over the past year now back to 17.5% and flirting with “bear market” territory of -20% once again.

Oil prices slightly higher as all eyes remain on Ukraine

Global markets are fixated on Ukraine, where the prospect of an escalation in conflict with Russia threatens to fuel further volatility
Markets
4 months ago

The fortunes of the country’s billionaires tumbled $33bn in 2022, and escalating conflict in Ukraine is likely to lead to greater wealth destruction
News
4 months ago
Next Article