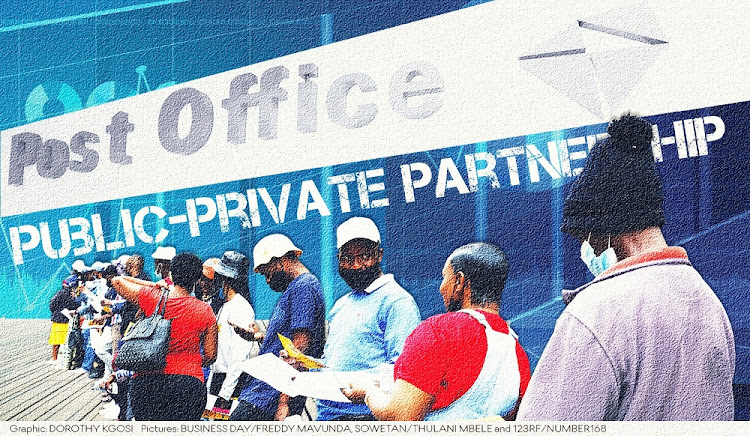 It is now beyond argument that a new set of solutions needs to be found to save our ailing state-owned enterprise (SOE) matrix. Furthermore, it should be made clear (and public) that there is a will, an energy and capacity (which borders on downright determined patriotism and a desire to succeed) within the mix that is us, the SA people.

Capital is not scarce. In fact, we’ve come through a period globally where money is in abundance, like never before. However, capital is discerning, and commercially driven, and it has choice (particularly foreign capital).

We will not solve our SOE challenges alone, and we will not solve them without at least some of the elements of design that have gone into the establishment of successful public-private partnerships around the world.

It is against this background that it is appropriate to shed light on the following proposal, which was tabled with the government on September 29 2021, more than four months ago. Receipt was acknowledged at the time (by the ministries and departments to which it was sent), but no response beyond that has been received.

Surely there would be virtue and purpose in engagements like the one addressed to communications & digital technologies minister Khumbudzo Ntshavheni and reproduced below?

I trust that you are well, and safe. There has been much written about the SA Post Office’s various challenges in the press lately, particularly with regard to the nonpayment of members’ pension fund and medical aid contributions. Such circumstances suggest that a level of desperation has been reached which, if not dealt with, will put the very existence of the [post office] and the fundamental wellbeing of its employees and other stakeholders at risk.

I read these articles with a heavy heart. Against this background, many people suggest that the post office simply be allowed to go bankrupt (it may be technically insolvent already), and let the private sector pick up the pieces and get on with it. I totally disagree. Private sector players may well provide a selection of these functions that suits them, profitably, but such services will not be accessible, let alone affordable, to the population at large.

I remain convinced that the post office is a strategic asset, of national importance, in which a significant shareholding should be retained by government. I do, however, think the only way to achieve both the commercial and developmental mandates with which the post office is charged, is through a public-private partnership.

I believe I still have the support of all principal stakeholders in the post office, including the employees and unions (despite detractors, as there may still be within the department), and I believe that with an appropriate structure and the right leadership the post office can provide the prospect of economic dignity to its people directly, and be a bridge between government and the population at large, to address poverty, unemployment and inequality in our country, like no other organisation is positioned to do.

I therefore seek your support (and that of government as a whole) in implementing a new deal within the elements of design set out below:

It will not be possible to raise the required capital for this investment unless the proposed deal is agreed to by government contractually. Once such an agreement is signed, I believe the required capital can be raised (locally and internationally) within three months of the investor proposal and the sale and subscription agreements being finalised.

Mark Barnes will lead the capital raising, with such corporate finance support as will be required, provided within government or the private sector. I look forward to engaging with you further, after what I hope will be a positive response to this proposal.

I would be surprised if many other similar initiatives are not proffered by private sector expertise and capital. I hope we can all find each other.

• Barnes, a former SA Post Office CEO, has had more than 30 years of experience in various capacities in the financial sector.

MARK BARNES: We must break the moulds, show some faith, take some risks