ISMAIL LAGARDIEN: What’s next for the global political economy? 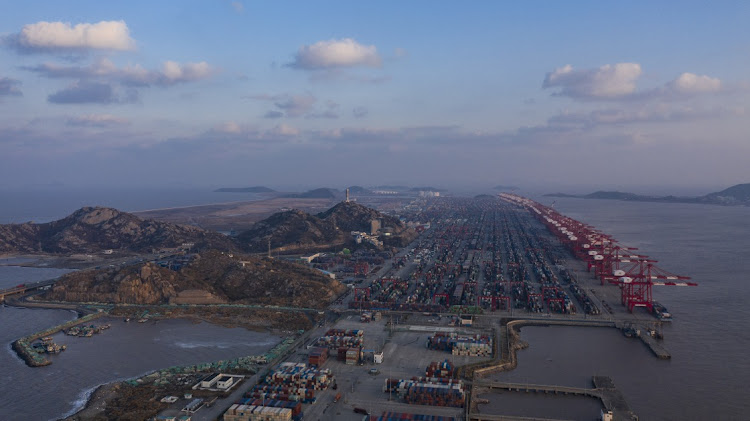 Here we go again. To the extent that the Gregorian Calendar used by most societies in the world represents the alignment of all the bodies in the observable universe in a way that significantly alters our lives, we start a new cycle of reflection on a year past and ahead. It is what we do. Sometimes it is easier to look back than ahead.

Sorry to bore you, dear reader, but the last time I said I had a “hunch” that something would happen in March (2020), the dreaded pandemic caused a shutdown. How I wish I had been wrong…

There have been times when it has been difficult to separate 2020 from 2021. I have often misplaced events of the two years; never sure when, exactly, something happened. I know I had surgery three times, but sometimes I become confused about the dates. Somehow the days, weeks and months of the past two years have blurred into one long period for which we have no name; not yet anyway. I’m sure that at its peak the Black Death was not called “the Black Death”.

In trying to look back, though, some things stand out. The one thing I know for sure is that I read less last year, and I wrote a book. If it were not for my publisher and the final proofing and design stages I would probably imagine I wrote the book in 2020. I’m not sure when, but I finally got through Adam Tooze’s Crashed: How a Decade of Financial Crises Changed the World and Firefighting: The Financial Crisis and its Lessons by Ben Bernanke, Tim Geithner and Henry Paulson, but gave up on Steven Pinker’s intellectually embarrassing attempts to place liberalism and the European enlightenment on the right side of history.

What then can we expect in 2022? Well, more of the same. Domestically there will probably be more stories of corruption, name-calling, scapegoating, blame-shifting and race-baiting, and the political economy will chug along steadily on (hopefully) an upward curve. There’s no genius in that.

Now that the pandemic’s restrictions have been lifted it doesn’t take much to imagine an uptick in economic activity — unless, of course, there is another wave of Covid-19 infections. (Note to self: don’t mention likely insurrections or mysterious cases of violence and destruction.)

Personally, the most exciting thing about the past few weeks has been the launch of the James Webb Space Telescope. On the day the ANC was patting itself on the back last weekend, the James Webb observatory unfolded the second wing of its primary mirror, completing its deployment.

Not that type of deployment … The James Webb Space Telescope is the successor to the Hubble Telescope, and if Hubble’s Deep Field (an image of about one 24-millionth of the whole sky) is anything to go by, we are probably in the most exciting time of astronomy.

This, and every morning when I rise, is the extent of my excitement for the future.

In terms of the global political economy the world will awaken more fully from the Covid-19-induced delirium. Corporations and industries will try to catch up with manufacturing and trading in things the pandemic prevented from completion. Once things such as the global shortage of semiconductors (to name a very small portion of the 80% or so of global trade that is seaborne), are set off, they are likely to face serious bottlenecks in global supply chains.

Most notable of these are the Malacca Straits, the Suez Canal, the Strait of Hormuz, the Gibraltar Strait and the Bab al-Mandeb Strait, which China needs to ship oil and goods. As the world’s manufacturing plant, China’s success in restoring supply chain routes and unblocking the chokepoints or successfully restoring the flow of goods (especially oil) will probably be headline news for the rest of 2022.

Those of us who have nothing better to do will continue to speculate whether capitalism is irreparably broken or merely in crisis (and will self-correct), or if the liberal capitalism that we have known since the 1940s has run its course and will be replaced by state-led capitalism. It is highly unlikely that global inequality, poverty and youth unemployment will be reversed. In fact, the pandemic highlighted just how unfit for purpose the multilateral system that holds together international corporation and global governance has become.

As if we needed reminding, Covid-19 once and for all demonstrated the way inequality runs all the way down; from institutions of global governance to informal settlements from Jakarta to Khayelitsha and the homeless in Cape Town and Los Angeles. My understanding of myriad crises — from the social to the political economic — is that it all started in about 1971, when Richard Nixon withdrew from Bretton Woods. That was when the Golden Age of capitalism ended. Except for the beneficiaries of Reaganomics, it’s been downhill for the rest of us …

ISMAIL LAGARDIEN: SA has a failed political economy, but it is not a failed state

In making their decisions during a pandemic presidents have to consider more than just financial costs, writes Ismail Lagardien
Opinion
5 months ago

The theft of a car, for example, lifts transaction costs in the transfer of property relative to other modes of transfer because it imposes ...
Opinion
6 months ago

ISMAIL LAGARDIEN: SA has a failed political economy, but it is not a failed ...

BIG READ: As remote workers and robots find each other, remember the dark side ...

ISMAIL LAGARDIEN: Ethics should trump economism in keeping a country on life ...

ISMAIL LAGARDIEN: SA has a failed political economy, but it is not a failed ...

BIG READ: As remote workers and robots find each other, remember the dark side ...

ISMAIL LAGARDIEN: Ethics should trump economism in keeping a country on life ...