GRAY MAGUIRE: Biodiversity flies under the radar, but is as pressing as climate change 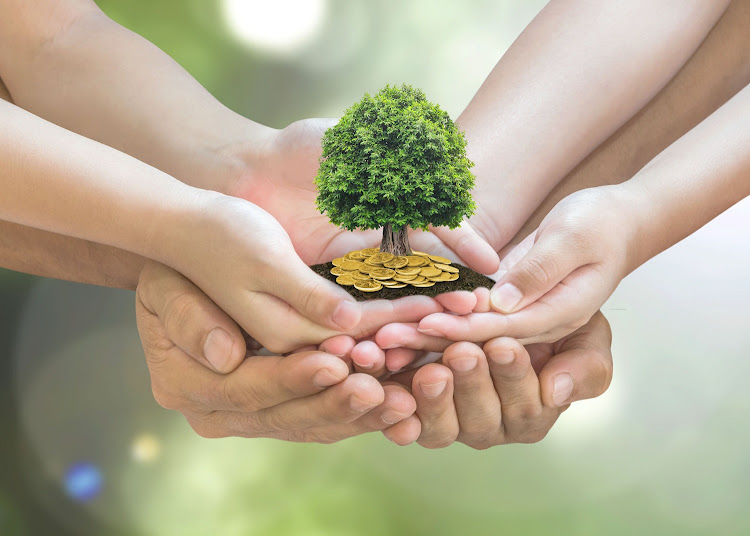 With all the noise going on around COP26 in Glasgow in November, very little was reported on the opening of the UN’s 15th meeting of the Conference of the Parties (COP15) to the Convention on Biological Diversity (CBD) in Kunming, China, in October. This is unsurprising since it has taken 26 COPs for Climate Change to really gain traction with the business community, so this Johnny Come Lately still has a way to go before it starts grabbing headlines.

Unfortunately, however, the urgency with which this issue must be dealt is no less pressing than that of climate change, and in many ways the two are intertwined. Humanity places enormous demand on goods and services provided by the biosphere, with this footprint being measured in global hectares per capita. In 2020 the World Wide Fund for Nature (WWF) calculated that for 7.5-billion people the earth can currently sustain consumption of 1.6 global hectares of biocapacity per capita, relative to 2.5 global hectares of average demand.

Little wonder then that the World Bank estimates the cost of ecosystem degradation as $2.7-trillion annually by 2030, with Sub-Saharan Africa expected to have the largest contraction in real GDP of 9.7% by then. Clearly, this is a problem.

Swiss Re’s Biodiversity & Ecosystem Services (BES) index analysis highlights country-level exposure to biodiversity and ecosystem services decline and identifies the economic sectors most reliant on nature. Its index finds that 55% of global GDP is dependent on biodiversity and ecosystem services and ranks SA as the sixth most vulnerable country in the world. Further, it calculates that more than half of our GDP is moderately to highly dependent on BES, with the manufacturing sector the most vulnerable followed by the wholesale and retail trade, then mining and quarrying.

For this reason my final column of 2021 must highlight this week’s release of the National Biodiversity & Business Network’s (NBBN’s) third annual corporate biodiversity performance assessment, covering 327 JSE-listed companies and 27 state-owned enterprises. While the outcomes of the report reflect modest improvements that are continuing, it is clear that the SA business sector does not yet take this issue seriously. This is evidenced by the highest-scoring metrics stemming from corporate biodiversity policies and the identification of potential biodiversity impacts and dependencies, while the lowest-scoring metrics pertain to science-based data and the setting of actual targets.

Under its Biodiversity Protocol accounting framework the NBBN has broken down the biodiversity mainstreaming process into nine steps that help businesses to understand and quantify how they depend on biodiversity, measure biodiversity impacts, create strategies to manage these impacts, as well as monitor and improve performance. The system is based on adaptions of double-entry bookkeeping, which enables organisations to consolidate their net effect on ecosystems spatially and over time.

I asked Simone Liefferink, the water health and biodiversity specialist of the fourth-placed company in the framework, Sibanye-Stillwater, about its commitment to completing its first protocol assessment for all its operations in 2021 (along with a commitment of disclosure in its 2021 integrated annual report). She responded:  “Good management of biodiversity will reduce our liabilities, while mitigation measures will reduce our management and maintenance costs, help reduce the cost of climate impacts and the generation of carbon offsets”.

She went on to say that aside from the increasing imperative from an investor perspective, without this approach it “cannot achieve our vision to be a company that creates superior value for our stakeholders in a sustainable manner”.

We have a long way to go towards achieving a sustainable future, and this will only be achieved when the majority of companies start taking biodiversity seriously.

Adjusted credits are important in the developing world, where opportunities for nature-based solutions abound, writes Gray Maguire
Opinion
5 months ago