In the absence of any coalition deals, simply by voting for the DA mayoral candidates, the EFF and Action SA have imposed their will on the DA 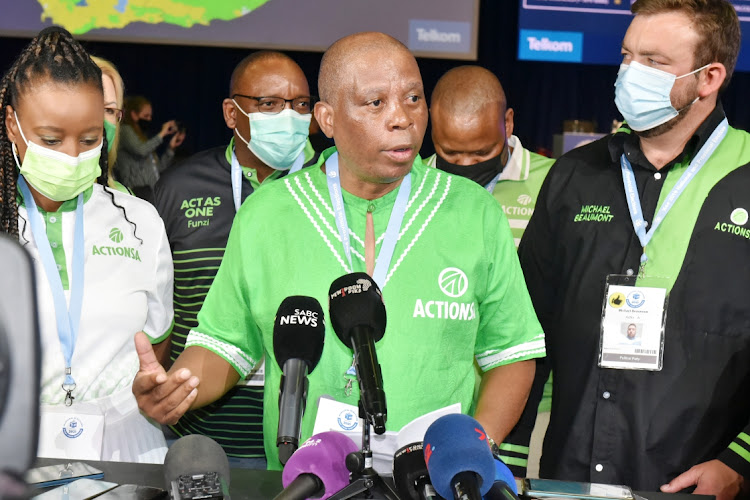 The local government coalition negotiations in Gauteng have been so complex it is easy to miss the nuance and minutiae of the political strategy at play and misidentify the true levers of power.

To its surprise, the DA won the mayoralty in the metros of Johannesburg and Ekurhuleni on Monday, and will likely win in the capital, Tshwane, for the same reasons.

For the last couple of weeks the DA has been in tough coalition negotiations with other opposition parties — excluding the EFF — in an attempt to take control of hung councils, but those talks yielded no agreements between the parties, most importantly between the DA and Action SA.

It was clear more than a week ago that Action SA’s Herman Mashaba and the EFF's Julius Malema would not be able to agree on how to split the major metros among themselves if they were able to play the role of kingmaker, which made the DA's job doubly difficult.

What became clear to Malema and Mashaba at the 11th hour was that true power lay not in the mayoralties but in the collective action of their voting power in the various councils. This ultimately informed their genius strategy.

DA leader John Steenhuisen had made it clear that he would not work with the EFF under any circumstances because his party did not want to be beholden to the red berets, as it was when Mashaba was DA mayor of Johannesburg.

However, in the absence of any coalition agreements, by simply voting for the DA mayoral candidates the EFF and Action SA have imposed their will on the DA, which misidentified the true lever of power and made the mistake of fielding candidates even where it thought they would lose.

The DA now has nominal control of the big Gauteng metros, but remains completely beholden to Malema and Mashaba. What are the implications of this?

The DA will not be able to pass a programme of government, let alone a budget, in any of these cities without the EFF and Action SA’s support. That almost certainly means a series of tumultuous tussles, where budgets may not be passed. Stalemates would mean unstable government in three of the country’s biggest metros.

There is also a real possibility that the alliance between Action SA and the EFF will break down at some point. Given how erratic, parochial and sometimes petulant both Malema and Mashaba have been in the past, it is not improbable that any such divorce will be acrimonious.

Depending on what new alliances are formed, a split between Mashaba and Malema could therefore either solidify the DA’s hold on government in Gauteng's cities or bring the ANC back into the picture. Either way does not hold out the prospect of stable government.

Can the DA wriggle its way out of the corner it has been painted into? Certainly. It could give up the mayoralties and tenuous “co-operative” governments that have been formed, and if other parties can’t form a more stable government through more politically mature paths, allow the respective cities go back to the ballot box.

POLITICAL WEEK AHEAD: Ramaphosa and security cluster ministers to be grilled by ...

POLITICAL WEEK AHEAD: Ramaphosa and security cluster ministers to be grilled by ...