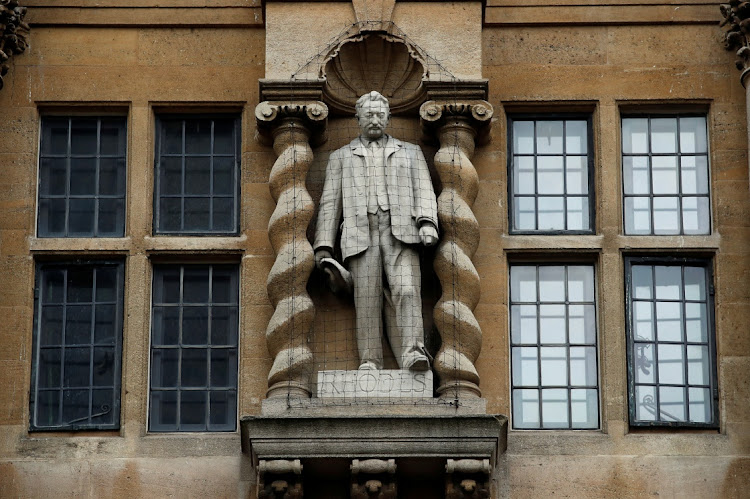 It is hard to imagine in this era of Black Lives Matter that there are still diehard defenders of Cecil Rhodes, the racist 19th-century British imperialist who I “tried” in an imaginary African afterlife in a 2021 novella The Trial of Cecil John Rhodes.

Yet Oxford University theology professor Nigel Biggar has recently made a career out of defending Rhodes’s atrocities and attacking what he deems to be politically correct “woke” academics and activists.

In a March 2016 article in the conservative Standpoint magazine, “Rhodes, Race and the Abuse of History”, Biggar demonised as “zealots” Oxford University’s Rhodes Must Fall student-led movement, which called for the removal of Rhodes’s statue from Oriel College.

He flippantly tried to justify the archimperialist’s describing of nonwhites as “the most despicable specimens of human beings” by noting that Rhodes made this comment at 24 years old, and “young men often say reckless things”. Biggar then goes on to note that the man who pursued a scorched-earth policy in contemporary Zimbabwe in the 1880s and 1890s — in which his white mercenaries burnt kraals, raped women, plundered cattle and stole 9-million square kilometres of African real estate — “had a record of good relations with individual Africans”, condemning instead the “abominable practices of the Zulu and Ndebele”.

Our pseudoscientific eugenicist then tells us that “Rhodes thought that blacks were generally inferior, but in terms of cultural development, not biology. He believed they could become civilised.” Using the racist trope of “the noble savage”, Biggar reassures us that blacks can be brought up to the “civilised” standards of whites who are massacring and looting in the name of racial superiority.

The don then ahistorically attempts to present Rhodes as seeking to establish trust between whites and blacks, implausibly portraying a dyed-in-the-wool racist as a prophet of racial reconciliation. Biggar discredits himself by making the extraordinarily absurd claim that Rhodes “must be credited with early support of the ANC”, by giving financial support to the Izwi Labantu newspaper and promoting black political aspirations.

Biggar carelessly unmasks his own prejudices in noting that, “It is also true that Rhodes saw the British as civilised and Africans as not. But he had good reason to think that.” As justification for dismissing non-Brits as barbarians, our don cites “science or technology or communications or commerce or liberal policies”, revealing his own historical ignorance of how civilisations develop, with Christianity having arrived in Ethiopia as early as the fourth century, when much of Europe was still under the sway of the Roman empire.

More recently, Biggar erroneously accused me in a May 2021 Sunday Telegraph article of making up three Rhodes quotes in a review of a 2005 book, The Cult of Cecil Rhodes, by Paul Maylam. He claims the quote “I prefer land to niggers” was in a fictional 1897 novel by Olive Schreiner. But two renowned Rhodes biographers, Maylam and Anthony Thomas (The Race for Africa), have both attributed this statement to Rhodes, as did a 1956 biographer, Felix Gross (Rhodes of Africa). Biggar claims a second Rhodes quote “The natives are children. They are just emerging from barbarism” was “misleadingly torn from its proper context”.

However, both Maylam and historian Stanlake Samkange (What Rhodes Really Said About Africans), confirmed these words as having been uttered by Rhodes in a racist July 1894 speech to the Cape parliament that is available online. Biggar argues that the quote “one should kill as many niggers as possible” is “a mixture of distortion and fabrication”. This statement is, however, cited by Maylam.

It is shocking that an Oxford don could make such scurrilous charges and consistently peddle prejudice without any proper research. Perhaps Biggar should stick to his own field of theology, and not wallow into tendentious history.

• Prof Adebajo is director of the University of Johannesburg’s Institute for pan-African said and Conversation.

Four-star general Powell, who was the most popular political figure in the US, turned his back on Donald Trump’s Republicans
Opinion
1 month ago

As geopolitics ramps up and the West has its own ideas of what is right for the continent, the Elected 10 members fail to act collectively
Opinion
1 month ago

Herero and Nama citizens have opposed the deal, saying their leaders were not represented in the negotiations
Opinion
2 months ago
Next Article