MICHAEL MORRIS: Wild dogs have sniffed the ANC’s weaknesses and are rightly closing in 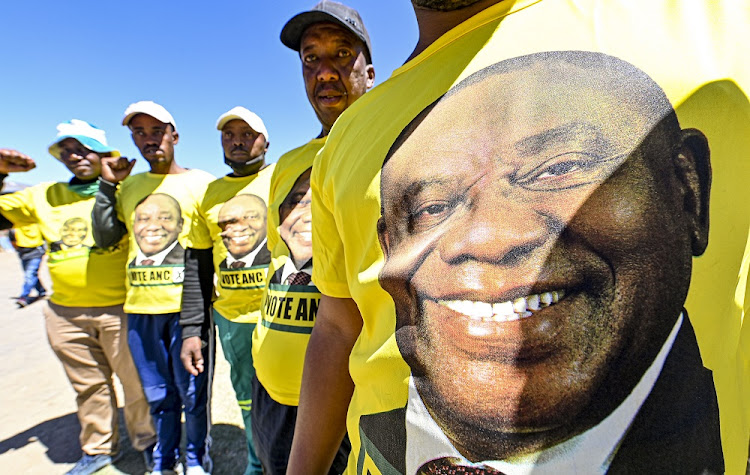 Battered South Africans could be forgiven for willing the leaders of the major parties to heed President Cyril Ramaphosa’s avuncular plea to “put aside our differences and work together in a spirit of partnership, co-operation and common purpose”.

This, he suggested, was an essential condition “[if] we are to make this a new and better era”. After all, he went on, “we all want the same thing: to better the lives of the South African people. We need to strengthen the trust between citizens and elected representatives through competence, integrity, performance and delivery.”

Yet, as the unmistakable backdrop to last week’s election was the 2024 national poll, the pressing issue before the country is not an insufficient commitment to the common purpose — and whatever teamwork might be counted on to glue it all together — but the sharp disagreement on what the common purpose actually is.

That the ANC last week lost the national majority for the first time since 1994 reflects the scale of the loss of faith in what the governing party regards as the “common purpose”. The point is, we don’t all want the same thing — even if we do all want “competence, integrity, performance and delivery”, and indeed even a sense of the country working co-operatively towards achieving stability, growth, prosperity and optimism.

None of this is possible as long as the core policy orientation remains intact: overweening statism; cadre deployment; race-based “transformation” measures; ideological hostility to the private sector; corrupting patronage networks; and the reliance on redistributive measures in the vain and contradictory hope of generating wealth and wellbeing.

Genuinely hopeful South Africans will probably need to steel themselves to endure a tough few years yet, swearing off the seemingly tantalising promise of the “new and better era” Ramaphosa suggests would well from joining hands in “a spirit of partnership, co-operation and common purpose”, and concentrating instead on working together to defeat the bad ideas that are the real impediments to success.

My senior colleague, John Endres, wrote last week of how that might be achieved, likening the challenge to a hunt to “bring down the old buffalo that is the ANC, together with its little calf, the EFF”. Last week’s elections, he suggested, “have shown us where the answer might lie”.

“It is not a single mighty lion that will bring about the demise of the buffalo and its calf. It is a whole pack of wild dogs, who have smelled the buffaloes’ weakness and fear and who are on their trail.”

These wild dogs include the DA, Action SA, Freedom Front Plus, ACDP, IFP and other smaller parties which, for all their differences (and likely propensity for snapping at one another), “[on] a range of issues … share centre-right to liberal values”. Last week’s elections, Endres argued, “have cast a spotlight on the weakness of the ANC and EFF and put their defeat in 2024 firmly on the map”.

The agent of that defeat “will be the diverse collection of parties that offer a compelling alternative vision to the establishment views of the ANC and its offshoot.… It is a vision that is likely to resonate with many moderate and centrist voters, and which will serve as a nucleus around which a new united democratic front can crystallise.”

Some will doubtless balk at that resonant conception, a “united democratic front” — and realising it might well be a feat of note — but nothing less will take us beyond focusing merely on implementing bad ideas better.

• Morris is head of media at the SA Institute of Race Relations.

MICHAEL MORRIS: Ramaphosa is big on promises but running out of time to act

MICHAEL MORRIS: Of maggot extractors and the graceful Calpurnia

The tree has a rich and varied history that cannot be undone, as some things have been
Opinion
8 months ago

MICHAEL MORRIS: One-off tax not the answer as there’s more to the economy than money