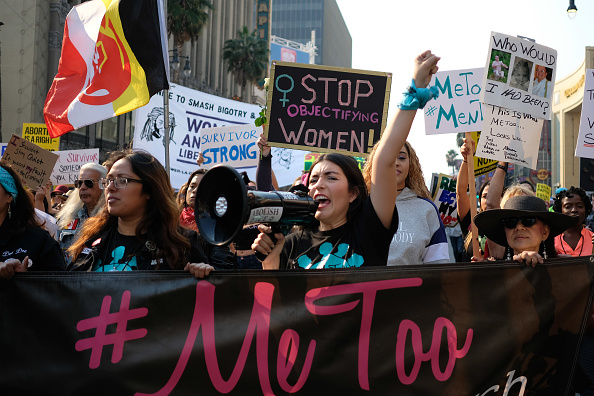 It could have been a #MeToo moment for corporate SA. It could have opened a conversation about sexual harassment in the workplace — about why even senior women often don’t speak up, and about how powerful men should conduct themselves to ensure the workplace is a safe and comfortable place in which female colleagues can thrive.

But the court case launched this week by former AngloGold Ashanti chair Sipho Pityana is anything but. It has been disturbing how dismissive the response has been from some in the media to the notion that sexual harassment might have been involved when a powerful man turned business meetings with a female subordinate into dinners in private dining rooms, held  her hand, told her he loved her and tried to invite himself up to her hotel room.

Pityana has mostly denied that any of that happened. His complaint to the court is that details of the charges of sexual harassment against him were shared with the Reserve Bank, causing him to lose his chance to become Absa’s new chair.

He had resigned from the AngloGold Ashanti board in December 2020, a day before an independent investigation commissioned by the gold company found against him on the sexual harassment charge. An Absa investigation later concluded the AngloGold probe neglected to ask Pityana’s bodyguards for their version but did not, as far as we know, challenge the finding itself.

The details are murky. We’ve seen only what Pityana himself has put in the public domain, or what someone leaked selectively to the media, apparently in an effort to suggest the woman — a senior manager at AngloGold Ashanti — went along with the dinners and the scary drive to the viewsite at the top of the Northcliff ridge before rebuffing the advances and lodging a complaint with the board several months later.

By all accounts this would not be unusual in a sexual harassment case in SA, or perhaps anywhere: high-flying graduate joins the company, does well, is noticed by a powerful man at the top and is thrilled to be mentored by him to advance her career. The meetings segue into cosy dinners and all of a sudden it turns out he actually just wants to get her into bed. Rebuffing him could be career ending, especially if he persists and it gets nasty. And there’s surely also the ever present fear of rape. If she speaks out it’s her word against his more powerful one.

No man who sees women as equals in the workplace, and values their work, can afford to take the risk that his advances may not be appropriate or welcome.

Either way she probably ends up doubting whether she ever actually was good at her job. She may start avoiding the office or travel opportunities in ways that compromise her ability to do the job, or she may end up leaving — which is not good in a country where managerial and professional talent is in such short supply. It may be a long time before she lodges a complaint. But as #MeToo, Harvey Weinstein and other cases have shown us, once one woman speaks out it gives confidence to many others who turn out to have been victims too.

We can’t assume any of this is relevant to Pityana’s case. The court will have to hear the facts. It is unlikely any of it would have come out if Pityana himself hadn’t gone public with the sexual harassment charges, a day before Absa announced it had appointed Sello Moloto as its chair. He claims he left AngloGold Ashanti for unrelated reasons and warns that sexual harassment charges are often not legitimate and can easily be “weaponised”. That is indeed a risk, even if in this case it was he who weaponised the issue, apparently in a pre-emptive attempt to protect his reputation.

Whatever the merits or otherwise of the case, it highlights the very real issue of the legitimacy or otherwise of harassment charges. The issues may be particularly complicated in SA, where there are so many utterly horrific cases of violence against women. It might be hard for people to see harassment in cases that involve highly educated women in senior positions who appear not to be particularly vulnerable. It might be hard, too, to see harassment in encounters that appear to be consensual — where the women don’t say a clear no, at least not initially. It might be particularly hard if it’s just a hand on the knee or under the skirt, albeit in the office.

Men of my generation often struggle to get their heads around the idea that this could be harassment. They ask: what’s wrong with a bit of flirting?  Women often do too — we put up with a lot worse when we started out in our careers. We just had to toughen up if we wanted to advance, in newsrooms or offices or boardrooms that were, and usually still are, dominated by men. We didn’t necessarily recognise it as harassment.

But in the age of #MeToo, no-one can not know that when a man puts pressure on a woman to have sex with him in a way that makes her feel uncomfortable or at risk, that’s harassment. And the power dynamics of the workplace, and the culture of violence against women, are such that she may well not speak up and say it’s not OK. No man who sees women as equals in the workplace and values their work can afford to take the risk that his advances may not be appropriate or welcome, even if she doesn’t say so.

So, for what it’s worth, some tips:  just forget the hand on the knee in the office (especially in the age of Covid-19); if you’re tempted to flirt a little just ask first if she is comfortable with that — and assure her that if she is not, her work and career prospects will not be affected in any way, and no-one will call her a “difficult woman”. If you are rebuffed, do not persist.

Be sensitive to the power dynamic that may make it difficult for your female colleagues to speak up if they are harassed, and make sure the company puts mechanisms in place to cater for that. Get some advice from human resources if you’re not sure what’s appropriate or acceptable. And if the two of you really do fall deeply, consensually in love, best to notify HR or your boss, just to cover yourselves.

• Joffe is editor at large.

Endless conferences won't lead to any economic benefit unless the government does what it says it wants to do, writes Hilary Joffe
Opinion
1 month ago

Is this a new supercycle or just an ordinary old cycle?
Opinion
1 month ago
Next Article