Some heads had to roll, otherwise simmering frustration with the prime minister would have turned mutinous 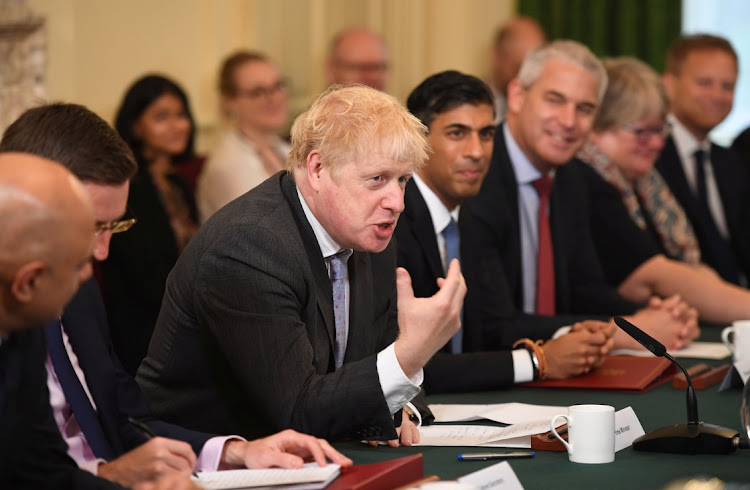 On Wednesday afternoon British Prime Minister Boris Johnson reshuffled his cabinet. Obviously, a lot of speculation has followed. Are the optics in preparation for an early election? Is Johnson’s position weakening?

Who can say how the wheels are turning inside the old Johnsonian brain? However, a few of Johnson’s motivations are clear. He has previously been accused of dithering around axing problematic individuals such as former health secretary Matt Hancock and senior aide Dominic Cummings. His loyalty to his lieutenants has also seen him refusing to sack home secretary Priti Patel, despite the opposition alleging she has broken the ministerial code.

However, given recent events some heads were due to roll or simmering frustration with Johnson would have turned mutinous. Dominic Raab could absolutely not remain in his post as foreign secretary given the recent snafu evacuating UK citizens and allies from Kabul while he remained on holiday. Raab — a former lawyer — has been demoted to secretary of state for justice, but apparently after an almighty strop Johnson appeased him by also making him deputy prime minister and lord chancellor.

Another significant sacking on Wednesday was of former education secretary Gavin Williamson, who has been replaced by highly effective former vaccines minister Nadhim Zahawi. With schools opening earlier this month as we head into another Covid winter, Williamson had to go: nearly everything in his brief during the pandemic has been a total disaster.

Johnson is said to prize loyalty when appointing his top team, but recently it seems competence and optics also matter a great deal to him. But what has struck me profoundly about Johnson’s cabinet, and his wider government, is its continued strength in diversity, for all that is said about the Conservatives and their so-called anti-woke culture wars.

Of the 24 cabinet members, including the prime minister, only 13 are white males, just more than half (54%) of the top table. The cabinet has six women and five men of colour, and their roles are definitely not tokens. The female home secretary, Patel, the fourth-most powerful person in the cabinet, and the third-most powerful (male), chancellor of the exchequer Rishi Sunak were born in the UK to immigrant parents of Indian descent. Meanwhile, Liz Truss, the new, white, female foreign secretary of state, is the fifth-most powerful.

The attorney-general, Suella Braverman, who also attends cabinet meetings, was born in London to Indian immigrants from Kenya and Mauritius. Other cabinet and junior minister appointments also tell inspiring stories about “Global Britain”. For example, Zahawi was born in Baghdad to Iraqi Kurdish parents. At the age of nine, his family fled to the UK from Iraq in 1976, during Saddam Hussein’s rule. Meanwhile, Kwasi Kwarteng, the first black secretary of state (for business, energy & industrial strategy), was born in London to Ghanaian parents.

For all of Johnson’s ethnocultural gaffes and the Conservative party’s right-wing politics that led to Brexit, its commitment to diversity is quite obviously also a factor in its success at the polls. Increasingly, despite the UK’s persistent problems with inequality, I hear people of colour supporting the Tories because they see black and Asian people doing better — in government and Britain more generally — under conservatism.

The opposition Labour party should not take the votes of people of colour for granted and should do some soul-searching on this. I’ve never voted Tory myself, and while I could not bring myself to vote for Labour’s Jeremy Corbyn or his successor, Keir Starmer, huge social and economic problems mean I’ll wait to see where Johnson’s government is taking us, despite being impressed by its emphatic diversity.

But let it never be said I have never given Boris Johnson credit where it is due.

• Dr Masie, a former senior editor of the Financial Mail, is chief strategist at IC Publications in London and a fellow of the Wits School of Governance.

If this year’s infernos, droughts and floods are anything to go by we don’t have until 2050
Opinion
2 months ago

The UK has bet everything on the vaccine being its exit route out of the pandemic, the rest of the world be damned
Opinion
2 months ago

From captain Harry Kane to Jordan Henderson and Raheem Sterling, players have taken a stand against prejudice
Opinion
3 months ago