No demand for fossil fuel industries, or their products 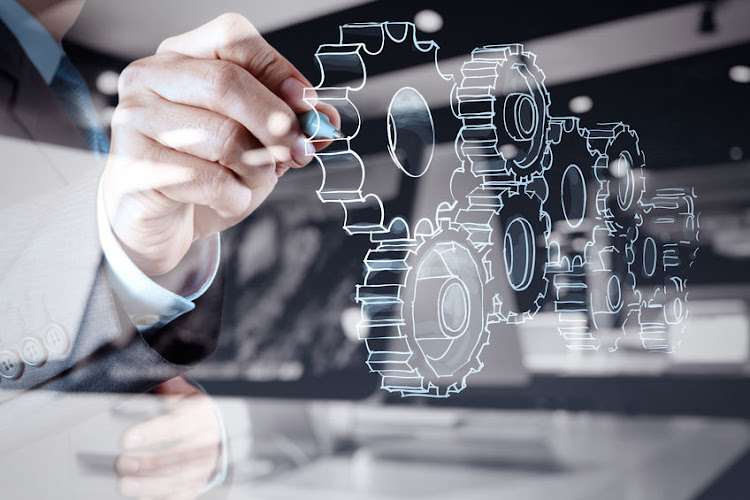 Industrial Age businesses, most of which depended on fossil fuels for their commercial success, have simply not survived the exponential technologies unleashed by the postdigital era. They’ve become economically obsolete.

In the early twenties, energy, transport and food were identified as the biggest emissions culprits, and blamed for 90% of our negative influence on the climate. But the writing was already on the wall for the major industries supporting these sectors for a hundred years.

In energy it was coal, gas and oil for power and heat, and supplying heavy industry such as steel-making. Declining cost curves for solar, wind and storage, as well as decentralisation of power generation, made it impossible for the old business models to survive.

Transport was driven by petro products and combustion engines, but once battery breakthroughs made electric cars maintenance free and lasting five times longer, the market for gas burners just disappeared. That’s if anyone wants a private car — robotaxis do the job perfectly well in most cities these days. Even trucking has gone lightweight and electric, and long-distance freight and rail have turned to hydrogen, it’s cheaper as well as cleaner.

And what about food? Farming, especially with animals, has long been one of the biggest consumers of natural resources and contributors to greenhouse gasses. But no self-respecting human eats animals anymore, and manufactured protein and microbial food isn’t only healthier, it tastes better too.

Which is why those old carbon-intensive industries have either reinvented themselves or simply faded away. Nobody needs them, or their products.

The focus on electric cars and solar power has not achieved global climate action targets. With greenhouse gas emissions from animal farming far exceeding those of transport, the leverage point was never really going to be with planes or trains.

In 2024, once coronavirus was finally brought under control, the EU and US could pay attention to global warming again, and they threw their full weight behind cultured protein. Instead of defending animal farmers, lobbyists busted their chops to draw attention to the health and environmental benefits of a non-animal diet.

The idea of eating animals as food has simply lost its social licence, in the West at least. And the idea that clearing forests and destroying wetlands for traditional crops is a good thing, is fading fast. Why turn vast areas of nature into sterile maize and wheat fields, when you can produce genetically superior — and healthier — alternatives indoors? With far less waste and resource depletion to boot.

It’s not like people quit cold turkey, but every year the sales of engineered protein began eating more and more into slaughtered protein’s market share. With extreme weather making it increasingly difficult to deliver on time and within budget, farmers just kept losing to the lab technicians and food factories.

Not all consumers prefer “fake” food, but the price point has forced them to make the switch. A “real” burger patty is now a guilty luxury, if you can find one. As for the sheep and cattle farmers? Like chicken and pig farmers, they’ve switched from raising animals for slaughter to hi-tech precision fermentation. That’s how you produce Smart Nutrition™ — the new food.

In the words of More Than Milk CEO Valerie Bouchard: “We can count our chickens now, because they’ve hatched. It tastes the same, it smells the same, it looks the same and it feels the same. Lab-grown protein is bringing home the bacon and it might just save us. And the world.”