KEVIN MCCALLUM: Liliesleaf gave refuge to some resilient people in its bubbles 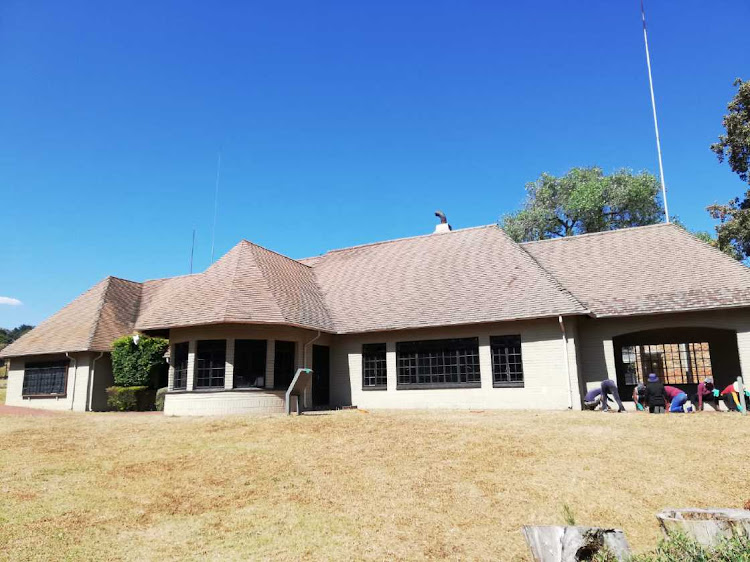 In the Team SA handbook for Tokyo 2020, Philippa Johnson-Dwyer, the SA Paralympic dressage rider, lists her hometown as Rivonia in Johannesburg. Her family house was on Liliesleaf Farm, three houses away from the secret headquarters of the ANC, the SACP and Umkhonto we Sizwe.

Johnson-Dwyer was not yet born when a laundry truck full of hidden police swooped on that house on July 11 1963, a raid that would result in the Rivonia Trial which, arguably, gave Nelson Mandela the stage to shine a greater light on the great evil of apartheid. Mandela was not in the house at the time as he was already serving a five-year sentence for inciting and being out of the country illegally.

“We would show that the apartheid state was inherently based on violence to maintain itself in power and had to be overturned in the name of humanity and democracy,” said Denis Goldberg, who was arrested during the raid.

Madiba had visited Liliesleaf often to plan the struggle, posing as a cook-cum-gardener under the name of David Motsamayi, the name in the Ethiopian passport he used to travel internationally. He remembered the farm fondly: “The loveliest times at the farm was when I was visited by my wife and family … At these weekends time would sometimes seem to stop as we pretended that these stolen moments together were the rule not the exception of our lives. Ironically, we had more privacy at Liliesleaf than we ever had at home. The children would run about and play, and we were secure, however briefly, in this bubble.”

Johnson-Dwyer, born in 1974, remembered her childhood at Liliesleaf as idyllic, a bubble of goodness. She learnt to ride from her father and uncle, whom she described as being “like characters out of a Jilly Cooper novel, the men you warn your daughters about”.

Horse riding became her life and in time she was regarded as one of SA’s top dressage riders. On October 27 1998 her life changed forever. She was 23 years old when a car crash took the life of her fiancé and her brother, and left her disabled. She had no power in her right arm and 40% of the strength in her right leg. She was told she would never ride again.

She would not give up. She got back on a horse just a few months later. Eventually, she made the SA para-equestrian team and moved to Belgium and found a horse called Benedict, with whom she had a bond that was seamless and magical. She sacrificed and scrimped to get by, to follow her dream of going to the Paralympics.

I remember speaking to her shortly before the Athens Paralympics and her saying that she had sold just about every piece of jewellery she owned to keep going. She won two silver medals in Athens. In 2008 at the Beijing Games, she won two gold medals. She became a dressage superstar. And she found love in the most unexpected and drawn-out way.

In 2002, she bumped into an Irish rider, James Dywer at the Para-Equestrian Dressage International in Moorsele, Belgium.

“Coming from SA we rode to the right,” said Johnson-Dwyer. “I had never been to Europe and rode to the left, and every time I went into the warm-up arena it was at the same time as James and I kept bashing into him, the poor guy.”

Johnson-Dwyer liked the look of this Irish fella, but saw what she thought was a wedding ring on his hand.  “That went on for eight years of us knowing each other, and we’ve since found out that we would look for each other at shows and chat but I just thought ‘married man, sorry’.”

They got married in 2014, having competed against each other in the London Olympics and are regularly up against each other on the international circuit. Johnson-Dwyer is back for her fifth Paralympics in Tokyo, having endured two Games without winning a medal, which has driven her to return at least one more time.

She began her competition on Thursday on Lord Louis, a Westphalian gelding who was her mount for London and Rio. She is 46 now, but she will be back for the Paris Games in three years time.

Just 23 years after the accident that changed her life, this woman from Liliesleaf farm in Rivonia, who lived and still lives in a bubble of happiness, remains one of the bubbliest athletes on the SA team. She has history to make.