If it is not going to be Facebook, who is poised to do well in the metaverse? Apple, Epic and Nvidia are all well positioned 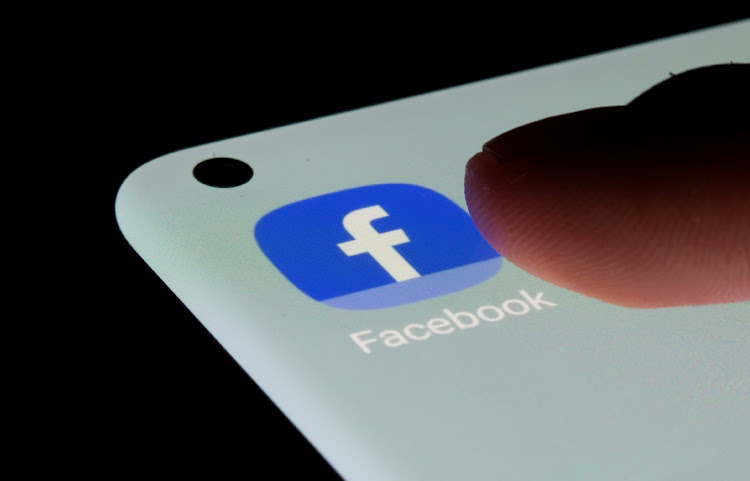 Facebook app is seen on a smartphone in this illustration taken, July 13 2021. Picture: REUTERS/DADO RUVIC

Did you hear? Facebook is going to become a metaverse company. At least that’s the story its management wants everyone to believe after a flurry of interviews and announcements over the past couple of weeks. It’s a narrative that seeks to put the social-media giant at the leading edge of one of the most audacious concepts in tech. I’m sceptical.

But first, what exactly is the metaverse? The term was created by sci-fi author Neal Stephenson in his 1992 dystopian novel “Snow Crash” to describe a virtual space where people interact with one another through user-controlled avatars.

Venture capitalist Matthew Ball has also written extensively on what he believes are the main attributes of a metaverse, including a full-functioning economy, its real-time persistence (no pausing), and interoperability of digital “belongings” such as clothing across multiple platforms. Here’s how I would simplify it: Think of it as a futuristic version of an always-on multiplayer video game where you can play, socialise or even run a moneymaking business in a realistic computer-generated environment.

Facebook CEO Mark Zuckerberg started the hype cycle when he told The Verge in an interview published in late July that his company is going to invest aggressively to be a big metaverse player, saying it will be a place where you feel fully present with others when sharing virtual experiences. Days later, Facebook announced the creation of a new metaverse product group within its virtual-reality business, telling the media it intends to hire hundreds of new employees for the project. Then on its earnings call last week, Facebook revealed it will spend billions annually for its Facebook Reality Labs, where the metaverse business resides.

We have heard similar things from Zuckerberg before. When the company acquired the virtual-reality start-up Oculus for $2bn in 2014, he excitedly wrote that it would enable immersive virtual experiences where you feel “present in another place with other people.” Sound familiar? Two years later, he told Bloomberg Businessweek in an interview that VR would render an alternate reality and that Facebook was going to invest a large amount of money to make that happen.

Facebook’s actual track record on VR tells a different story. Has the company made significant progress since it bought Oculus seven years ago? Not really. Its latest VR headset, the Quest 2, has sold about 4-million units in the US, and it isn’t much more advanced than the original version. In fact, Oculus’s technology has been surpassed by smaller competitors such as Valve Index, which offers better fidelity.

It speaks to the flaws in Facebook’s strategy. The two critical components needed for companies to take advantage of the opportunities that may arise from any potential metaverse are advanced semiconductors and software tools. Facebook is not strong on either front. For its VR devices, the company uses off-the-shelf chips from Qualcomm . That isn’t going to cut it. When Apple launches its own virtual-reality headsets, chances are it will use internally developed chips that deliver superior performance and will likely offer far better user experiences. It’s not going to be a contest.

On the software side, so-called programming engines and digital object-creation tools will be key to running and populating the virtual worlds in any metaverse. Here again Facebook is far behind Epic Games. Epic’s Unreal engine is already the foundation for large multiplayer experiences from 100-person battle royale games to music concerts. Nvidia Corp has also launched a software-development platform that is being used to create virtual world simulations, taking advantage of the company’s graphics technologies. Even if Facebook invests billions of dollars, it will be nearly impossible to quickly or easily replicate the specialised expertise that these semiconductor and software companies built up over decades.

If it is not going to be Facebook, who is poised to do well in the metaverse? Apple, Epic and Nvidia are well positioned, given their respective technological leadership in these hardware and software areas. And the two main mobile operations systems — Apple’s iOS and Alphabet’s Google Android — will likely benefit as apps and devices run on their dominant billion-user platforms.

Ultimately, maybe it’s a good thing Facebook doesn’t look poised to win the metaverse. First, there’s the issue of trust. When the company acquired Oculus, the start-up’s co-founder assured users they wouldn’t be required to use a Facebook account or be inundated by in-headset ads. Facebook reneged on both of those promises. Also, maybe a technology giant that is monetarily incentivised to propagate the most engaging polarising content isn’t the best fit for a healthy metaverse either.

Tae Kim is a Bloomberg Opinion columnist covering technology. He previously covered technology for Barron's, following an earlier career as an equity analyst.