Joe Biden has proven much tougher on China than Donald Trump did, and he has been nicer to Russia 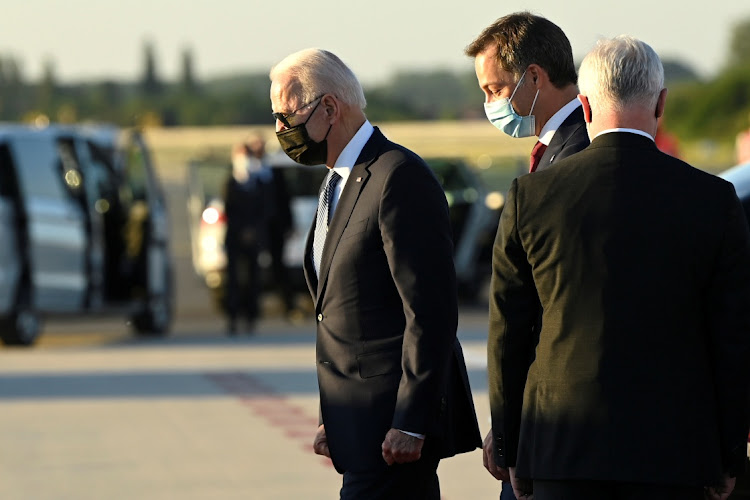 The conventional wisdom in the US was that former president Donald Trump was extremely tough on China, but suspiciously soft on Russia. Critics charged that his tariff war with China was aggressive to the point of self-defeating. Some also claimed that Trump lived in Vladimir Putin’s pocket, for reasons unknown.

Then, when Joe Biden was elected president, these same pundits predicted the new man would reverse that approach. Biden, they argued, would ease up on China to boost the chances of productive engagement while hammering Putin for allowing his government to hack US elections and Russian criminals to hold US companies for ransom.

But when we look at the policy choices made by their administration rather than the political rhetoric and angry tweets of the men themselves, we discover that this analysis is exactly backwards. Biden has proven much tougher on China than Trump did, and he’s been nicer to Putin and Russia.

Examine the evidence. After inviting China’s Xi Jinping to Mar-a-Lago for a meal and a chat, he followed the counsel of aides to become more aggressive towards the rising power. But his interest was confined to two areas. Trump, obsessed with the US trade deficit with China and the political opportunities it created for him, launched a trade war. He also supported aggressive administration action on China’s tech development, and the national security threats it posed, mainly with restrictions on restrictions on Huawei, China’s technology national champion.

Trump and his team had little to say about human rights violations against Muslims living in China’s Xinjiang region — a few small-scale sanctions and export controls notwithstanding — or about democracy in Hong Kong. And he made little effort to rally Asian and European allies as part of a co-ordinated strategy to contain China’s increasingly aggressive behaviour beyond its borders.

President Joe Biden, on the other hand, sees China as the world’s single most dangerous comprehensive threat to democracy, individual liberty, and US national security. His administration has not backed off Trump’s trade war. Sanctions and tariffs remain in place to increase US bargaining leverage with China in other areas, and they have added export controls to up the ante.

While Trump’s first meeting with Xi was literally a dinner party in sunny south Florida, the Biden team met fellow members of the China-resistant Quad countries — Japan, India and Australia —before a working-level meeting with Chinese officials in frosty Alaska. The new president has also worked hard to try to align the US approach to the 2022 Beijing Olympic Winter Games with the EU, UK, Australia and Canada.

While Trump complained that China had stolen US manufacturing jobs, Biden has launched a “Buy American” programme that’s designed to incentivise US companies to bring those jobs back. And while Trump blamed China for what he called the “China virus”, Biden has backed a formal investigation into the so-called lab-leak theory of the global pandemic’s origins. Anyone expecting that Biden would pursue deeper engagement with China has been disappointed. The era of engagement is over, Biden’s senior Asia adviser said recently.

The Trump and Biden Russia policies have likewise confounded expectations. Trump has said many complimentary things about Vladimir Putin, but his administration and members of his Republican Party in Congress took a consistently firm approach towards aggressive Russia behaviour. Sanctions were tightened during the Trump years.

The former president opposed Russia’s strategically important Nord Stream 2 gas pipeline project. His administration approved the sale of anti-tank missiles to Ukraine, fully aware that their primary potential target would be Russian tanks. Trump also increased the US troop presence in Eastern Europe, mainly as a favour to Poland’s Trump-loving, Putin-hating President Andrzej Duda. It was Trump who pulled the US from the Intermediate Nuclear Weapons treaty (INF) with Russia and refused to extend the START arms-control agreement.

Joe Biden has called Vladimir Putin a “killer,” but he’s treated Russia with much more restraint than the Trump team did. Intent on creating a more stable and predictable relationship with Russia to focus US foreign policy on challenges from China, Biden quickly extended the START treaty and waived sanctions on the Russian company building the Nord Stream pipeline. When Putin sat down with Biden in Geneva, at Biden’s invitation, Biden kept things cordial despite the Russian ransomware attack on a US oil pipeline and Russia’s support for a decision by Belarus to essentially hijack on European plane to arrest one dissident.

There are three lessons in all this. First, rhetoric is one thing, and actions are another. We should make note when the former becomes a substitute for the latter. Second, presidents and their administrations don’t always align. Trump wanted better relations with Russia, but virtually no-one on his team agreed with him. Finally, changes in foreign policy often reflect changes in the world.

It’s much clearer today than it was four years ago, that Xi Jinping intends to pursue a more assertive nationalist policy. China’s progress on tech development, its assault on Hong Kong democracy, new evidence of repression in Xinjiang, and its military pressure on Taiwan all demand a more forceful response from Washington and its allies.

• Bremmer is the president of Eurasia Group as well as GZERO Media and author of Us vs Them: The Failure of Globalism.

Despite an early surge in vaccine demand, progress has declined
Opinion
11 months ago

In second strike ordered by Biden,  US military targets logistics and weapons facilities in Syria and Iraq
World
11 months ago
Next Article