The team is not the complete package yet, but there is confidence, clarity and co-ordination 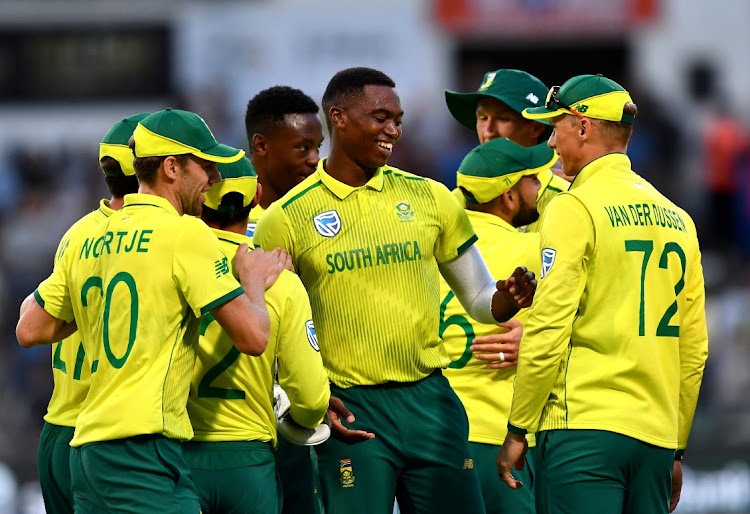 The emphatic 2-0 series win against the West Indies has accelerated the rebuilding of a new Proteas team. They are not the complete package yet though; their batting remains fragile.

Dean Elgar reminded me of Jackie McGlew, the SA captain in the 1960s. McGlew was a nuggetty, determined and courageous opening batsman and captain. The late Neil Adcock rated him as the best SA captain. Adcock said he was forward thinking, direct in communicating what he wanted, and deeply respected.

Pelham Henwood, the ex-Natal left-arm spinner, speaks about his first match when, just by following McGlew’s instructions as he placed his field, was enough to secure a handful of wickets. That was before TV, computers and off-field detailed analysis. Plans were formulated only after seeing a player live on field. That is so different from today when the captain has a coach and a plethora of support staff. Yet, in any era, the captain remains the ultimate leader.

I have this 30-second TV image from the second Test swirling in my head of Elgar directing his fielders with absolute clarity as he walked between overs to his first-slip position. It could have been Jackie McGlew.

Elgar has had a great start to his captaincy. We now look forward to Temba Bavuma’s ODI and T20 captaincy; it may be more challenging owing to the Windies being limited-over specialists.

As an aside, Don Mackay Coghill this week reminded me of a wonderful Adcock story. “Cogs” and I were happy to bowl on our home grounds, the Wanderers and Kingsmead, respectively, and not on the flat Newlands pitch. When Cogs asked Adcock what his plan was when he had to bowl at Newlands, he replied:  “I found the best plan was to strain my ankle the day before!” Stories just abound in this game.

But to return. The West Indies Test series success was a tribute to the bowling unit and the senior batsmen.

Kagiso Rabada was handed the fast-bowling leadership early in his career and he has taken, understandably, time to adjust. The West Indies tour has been a watershed for him as he bowled superbly and led the quick attack confidently. Keshav Maharaj’s hat-trick was the cherry on the top. He is a wonderful example of perseverance, talent and belief. The team’s outpouring of joy in their celebration was a sight to behold.

The senior players showed the value of experience. Bobby Locke once told me that when you are over a putt, you need to be totally focused and totally relaxed. The ability to do that in any sport comes from experience and feeling comfortable with your plans and routines. Quinton de Kock achieved that wonderfully and was seemingly prepared for everything the West Indies  attack threw at him.

De Kock stood apart from all other batsmen in the series. Fear of failure invariably freezes players. Ian Botham and Viv Richards never doubted themselves, irrespective of the game situation.

Gary Kirsten annually did a “fear of failure talk” to the young Proteas players. Johan van der Wath came up to Kirsten afterwards and said that he could not understand cricketers who had a fear of failure. Lucky man! That explains his ability to play that explosive innings at a tense time in the famous 438 ODI against Australia. These guys are unique and raise the game of those around them.

Rabada, in the second innings — at a time when the Proteas were under the cosh at 73/7 — played with freedom and soon his senior partner, Rassie van der Dussen, was too. Confidence is contagious.

Sometimes I am inclined to hold the view that a cricket team is more a collective of individuals, as one invariably is solitary with ball or bat in hand. Rugby, where they scrum together and tackle in pairs regularly and where inter-passing leads to tries, seems a more intense team game. However, teamwork in cricket revolves around partnerships in batting, bowling and the wicketkeeper together with the slip cordon. Partnerships are king and they mould the team.

Our fielding and catching was excellent, which is always a sign of a positive team in sync. Uncertainty of the outcome causes teams to tense and be hesitant. The Proteas did not flinch.

The exciting takeaway is that we have a group of fine players in Elgar, De Kock, Rabada, Aiden Markram, Van der Dussen, Maharaj, Bavuma, Anrich Nortjé and Lungi Ngidi to lead us forward.

The Test team is blossoming into one with an outstanding future. The newly chosen Cricket SA board with the new chair, Lawson Naidoo, can follow suit. SA cricket is looking healthier.