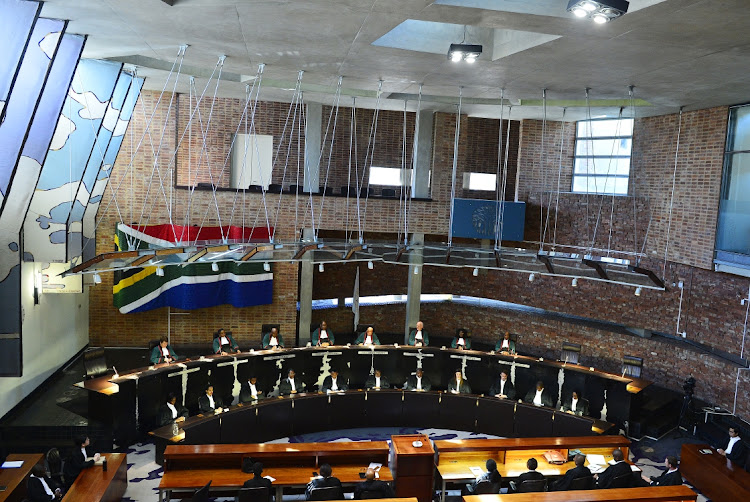 South Africans love to read the tea leaves — to see in small fragments a prediction of our larger fate. As fragments go, the recent Judicial Service Commission (JSC) interviews for judicial appointments were hardly small. That fragment doesn’t just say something potentially profound about the fate of our constitutional democracy: in itself it has profound things to say about our judiciary and the administration of justice.

The interviews for the Constitutional Court, SA’s highest court, were especially hard to watch. The interview of judge Dhaya Pillay in particular was an unconscionable spectacle. Commissioner Julius Malema was allowed to scream at and berate her with no intervention from fellow commissioners. Not only was there no intervention, but the chief justice, presiding over the process, then hijacked her interview to make several supposed revelations of his own. She, not being party to the incident he recalled, could not fairly be expected to respond in any way that might have meaningfully assisted in assessing her suitability for appointment.

As an interview process it was the very definition of arbitrariness and irrationality, with a heavy dose of incipient violence and intimidation thrown in. It is perversely ironic when you consider that it is a process intended to deliver judges to a court that must strike down any exercise of public power that is demonstrably irrational and arbitrary.

The interviews have been fiercely criticised: more so the outcome of the interviews, with many commentators outraged by the omission of judge David Unterhalter from the shortlist of candidates sent to the president by the JSC. Unquestionably, he is an exceptionally skilled lawyer (I think I can say that without being accused of any obvious bias, even as a former spouse) but whether he or any of the candidates really deserves to be on the country’s highest court is anyone’s guess.

That’s because the process of interviews was so unmoored by any defined conception of what we want from Constitutional Court judges. Lines of questioning from the commissioners seem intended to test candidates about their individual experiences mentoring and training juniors as a demonstration of their commitment to transformation. Candidates were also required to respond to particular allegations circulated publicly for certain political advantage but without any real credible evidence that judges are open to being bought.

As an interview process it was the very definition of arbitrariness and irrationality, with a heavy dose of incipient violence and intimidation thrown in

There were few opportunities for candidates to articulate thicker conceptions of what transformation would mean and look like for the judiciary and country at large. Judge Jody Kollapen perhaps came closest when he expressed the view that too much focus had been paid at the time of transition to reconciliation and too little to economic transformation, and that reconciliation could not be achieved without all South Africans being able to access the economy.

Great store was placed by the commissioners, or so it seemed, on the particular candidate’s experience acting on the court to which she sought appointment. Little attention has been paid thus far to just how problematic it may be in making acting experience an almost inflexible prerequisite for elevation. Acting appointments are made by the justice minister after consulting the senior judge of the relevant court: in the case of the Constitutional Court the president makes the appointment on the recommendation of the minister with the concurrence of the chief justice. Insistence on having acted before being considered eligible for appointment essentially makes the path to confirmation as judge of the highest court the chief justice’s gift to give.

That stipulation appears to have fallen into abeyance, understood to the extent any notice is given it to be a historical anachronism, meant to regulate appointments only at the time of transition. Certainly there is much merit in having a professional judicial class, promotion to the Constitutional Court representing the apex of such a profession. It is especially true now that the court is the highest court, and so the ultimate last word, even regarding non-constitutional matters. It would be hard work indeed for the professional judges on the court were they to be outnumbered by judges coming from the ranks of academia or civil society with little practical experience of what is required for a court to function.

But there is something to be said about enriching the court’s deliberations with the contributions of persons who, if not running courts daily, have nonetheless deeply reflected on and engaged with some of our most critical constitutional dilemmas — such as the realisation of socioeconomic rights within a grossly budgetary-constrained state.

Judge Johann Kriegler has said of judge Albie Sachs, appointed to the Constitutional Court without having previously served as a judge, and the symbiosis that characterised that early court: “He taught me what to write; I taught him how to write it.” That may be to understate both their contributions, but it does encapsulate the riches that are to be had when skills, experiences and perspectives are pooled. It feeds a conception of diversity not just as redress but as strength and excellence — an offering greater than the sum of our parts.

Which brings me back to the tea leaves. During his interview, Malema asked Unterhalter whether, if genuinely committed to transformation, he should not just sit the interview process out and not offer himself for appointment. It was the fulcrum of an attitude that seemed to prevail throughout the interviews of non-black African candidates — a sense that they showed temerity in even offering themselves for critical roles in our public life.

• Fritz, a public interest lawyer,  is CEO of Freedom Under Law.

NICOLE FRITZ: Guilty Hlophe’s role in JSC interviews would be par for the course

Should judge president participate, he would do so under the cloud of a gross misconduct verdict
Opinion
2 months ago