The new Bafana coach, the 26th appointment, will face huge odds in SA 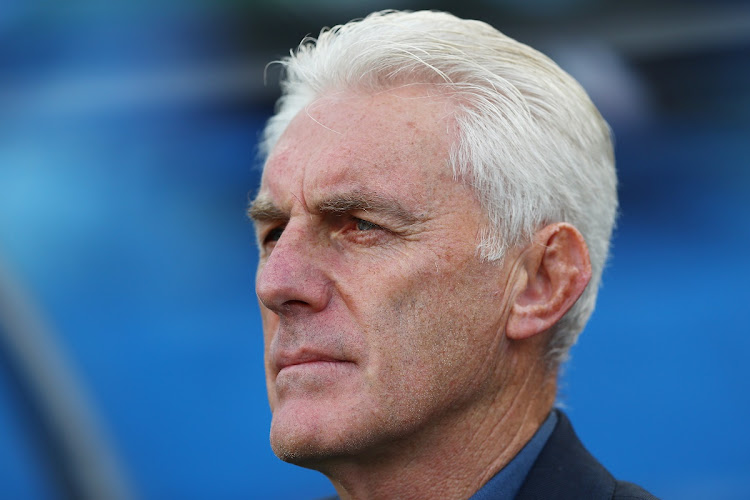 How do you pronounce the name of the new Bafana Bafana coach? Is it Hugo Brews? Hugo Broz? Is it Hugo not-Benni? How long until the SA Football Association (Safa) call him “YouGo” and assign him to their growing list of former coaches?

Safa don’t do long-term relationships, unless you are Danny Jordaan, who has settled into his role as president for life. This is, if I have tallied this correctly, the 26th appointment of a national coach since 1992, the 19th different person to have taken the job.

I may be wrong. I probably am. I read one report that described Bafana as having had “several” coaches, which is kinder than Safa deserve. On a good weekend I’ll have several beers. If I had one beer for every appointed coach on a big day out my decision-making process would be as skew-whiff as Safa’s reasoning has been these past 29 years.

Reaction has been mixed, ranging across the “but Benni …” crowd, the “not another old European” lot and “give him a chance …” pack. There are reaction stories in just about all SA publications, those “Mzansi says …” dirges that fill up space but still leave a hole in your brain.

Safa has droned on about processes and technical committees that led to the decision. Essentially, Safa apparently couldn’t get Carlos Queiroz, who, it was alleged, wanted to bring his own technical team. Safa demurred. When it comes to technical things like spending money on technical teams or $10m World Cup backha…er Diaspora Legacy Programmes in the Caribbean, no-one does technical quite like them.

Carlos really should have known better. He wanted total control ahead of the 2002 World Cup in Japan and South Korea, but Jomo Sono was Safa’s technical director then and the two did not get on. Queiroz left. Sono took over as Bafana coach for the third time. SA didn’t make it past the group stages. Queiroz went on to coach at Manchester United and Real Madrid.

Queiroz claimed Sono had pushed to get him out, saying at the time Sono had used the media to spread rumours of a split along racist lines in the team camp: “I’m sorry, but I can no longer regard him as a gentleman. He never discussed the matter openly with me or accused me of racism, but used the media behind my back to pretend that I was the cause of racism in the camp.”

Stanley “Screamer” Tshabalala, the first Bafana coach in 1992, was the team manager of that side. Queiroz claimed he was part of the plot and was talking behind his back. Tshabalala left the Bafana job after he hit journalist Sy Lerman for writing a story headlined: “Stop screaming, start coaching!”

The build-up training camp to the 2002 World Cup was held in Durban. Sono held forth at the media conferences. Asked about his technical team, he mentioned a few and then spoke about the “special projects” men. They would sort out the muti. Someone should have sorted the technical team out with a radio.

They needed to draw with Spain in their last group match to go through ahead of Paraguay. SA were 2-3 down, Paraguay went 3-1 up against Slovenia. They went through despite having the same goal difference as Bafana, but had scored six goals to SA’s five. Perhaps Screamer should have screamed then.

Broos won’t make any technical team mistakes. The 69-year-old Belgian said this week: “I can’t wait to come to SA and to meet my SA assistant. We will do everything we can to qualify for the World Cup next year, but it can be a deception if we don’t. Building a new team takes time.”

Clever man. Promise small, deliver big Broosy, so if you don’t you can talk about rebuilding. Bafana have been in a long rebuilding process. It began in 1992.

Thus begins another sho’t left in Bafana Bafana’s magical mystery coaching tour. Broos said a few years ago that he couldn’t understand why SA did not do better and qualify for more tournaments as they were a good team with good players. He will find out for himself shortly.

Oh, and his name is pronounced “brohs”. Learn it quickly.

KEVIN MCCALLUM: It’s just not cricket when the batster gets outs

KEVIN MCCALLUM: Big Men of sport pound away until they win, and we lose

Wherever they serve, they see to their own interests, deaf to their true calling
Sport
5 months ago
Next Article

Stuart Baxter brushes off ‘all the negativity’

Stuart Baxter brushes off ‘all the negativity’