Alliances pose a problem, and does the opposition party support a coalition with the ANC? 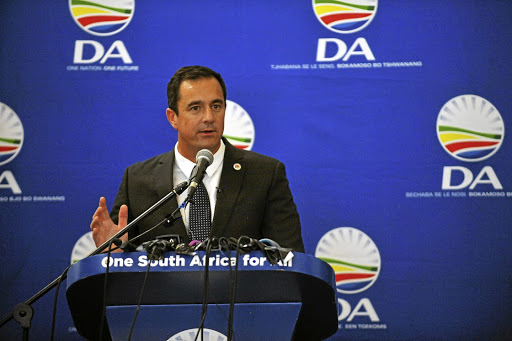 The DA is again in the news to explain itself: does it support a coalition with the ANC or doesn’t it?

When it said it would work with “reformists in the ANC” — as it did to the Sunday Times recently — did it mean it had opened the door to an ANC coalition, as the paper concluded, or did it mean it would only work with the ANC after the party had split or purged the radical economic transformation (RET) faction?

Chief whip Natasha Mazzone was so irate over the news report that she intends to pursue it all the way through the Press Council, to prove the incorrectness of the Sunday Times interpretation.

But the episode raised interesting points about the DA and the future of politics in general. It is clear that the future is one of coalitions as the dominance of the ANC continues to wane and the outright majorities it has widely enjoyed decline.

First, the incident tells us about the DA’s internal dynamics. The fact that it felt compelled to go so big in counteracting the Sunday Times article — leader John Steenhuisen did multiple interviews to clarify what he had said; a long statement was issued; and Steenhuisen and DA federal chair Helen Zille did a YouTube broadcast — underlined how sensitive the DA activist base is to alliances. This is the first big difficulty for the DA’s future in coalition politics.

The second is its attractiveness to other parties, particularly the ANC. While “reformists” in the ANC share much with the DA’s political leadership, how acceptable to the ANC base is the DA as a coalition partner?

Among black voters the DA is unfortunately damaged goods. The reason is unfortunate because before the removal of Mmusi Maimane and the simultaneous return of Zille to the party’s top leadership the DA was well placed to capture what it calls the “rational centre”. The “rational centre” is where the majority of voters are located: most South Africans are neither far Left nor far Right and share common aspirations for employment, education, housing and security.

To the rational centre, which was not steeped in the nuances of whether Maimane was a good leader or not, nor the nuances of whether Zille’s obsessive Twitter campaign against racial nationalism and wokeism was anti-black or not, the optics of the antagonistic process carried a singular meaning: that the DA regretted its foray into the future and was retreating to its racial minority foundations.

That the DA took this turn is doubly unfortunate: with the party’s credibility worn thin among black voters, what happens when the ANC falls — as it will — below 50% in forthcoming elections? As Steenhuisen and Zille warn in their broadcast, an ANC-EFF alliance is a frightening prospect. It would strengthen the ANC’s RET faction immeasurably and lay the groundwork for an alliance built on patronage and corruption.

Can the DA shake off these perceptions and appear more attractive to black voters? It is not likely, most of all because it does not want to. Its activist and leadership corps are comfortable with where the party is now. It would not be a cosmetic change. While the DA was, over the previous decade, drifting away from liberalism to an ANC-lite type of social democracy, that drift has been arrested and in its place a less flexible identity was re-established.

Former DA leader Tony Leon, who sat on the expert panel to advise the DA after the 2019 election and was one of the architects of the DA’s turn back to its base, has remarkably little to say about how the future will pan out, despite his new book’s auspicious title: Future Tense. Tellingly, he does not project a major role for the DA in it at all.

Change will come, he says, as the liberation dividend runs down, voters become more open to political alternatives and social misery grows due to the economic meltdown. A popular awakening may be on the cards, he says, even if its course and destination remains unknowable.

But while the new direction was good for the DA’s internal coherence, it was not a good turn for the country, which lost a political alternative that was growing in viability. That, of course cannot be proven: as the expert panel pointed out, it had tried to win black votes but largely failed, and it could not risk losing its base as well.

The only sign that this may have been a mistake will come in the future: should a new political entity emerge — a possible scenario — and occupy the rational centre.

• Paton is editor at large

After years of talking about trade-offs, some bold action has taken place
Opinion
9 months ago

Ramaphosa speech torn apart as parties turn up the pressure

Ramaphosa speech torn apart as parties turn up the pressure