With Wigan, we’re talking really small. Microscopic, to be precise. He works at such a tiny scale that the best place to display his creations is the eye of a needle or the head of a pin. When he is crafting a figure — sculpting a grain of sand, a fleck of gold, a strand of hair or a carpet fibre — he places himself in a trance-like state, scraping and cutting between heartbeats so that he doesn’t damage the work in progress.

The exercise is so precarious that long hours of labour can disappear in an instant because of a bit of static electricity. The artist has been known to destroy a sculpture by inhaling it accidentally.

Wigan’s talents are astonishing, to be sure. Describing his steady hands as like those of a surgeon is a severe understatement. His methods have also become more inventive as he makes smaller and smaller pieces: using an insect claw to hold his material in place, or applying a shard of diamond as a carving instrument.

There remains a pleasing mystery to his process, however, and when even the most jaded art aficionados look through the microscope eyepiece for the first time they inevitably gasp: “How does he do it?” Indeed, the only smaller artworks ever produced have required the intervention of nanotechnology.

This wow factor has catapulted Wigan to superstar status in the art world. The value of his work is inversely proportional to its size; everyone who is anyone wants a Wigan, from Mike Tyson to Queen Elizabeth. As a result of commissions from many such wealthy patrons, he has become very rich himself — a far cry from the relative poverty of his youth as the son of Jamaican immigrants to Britain. 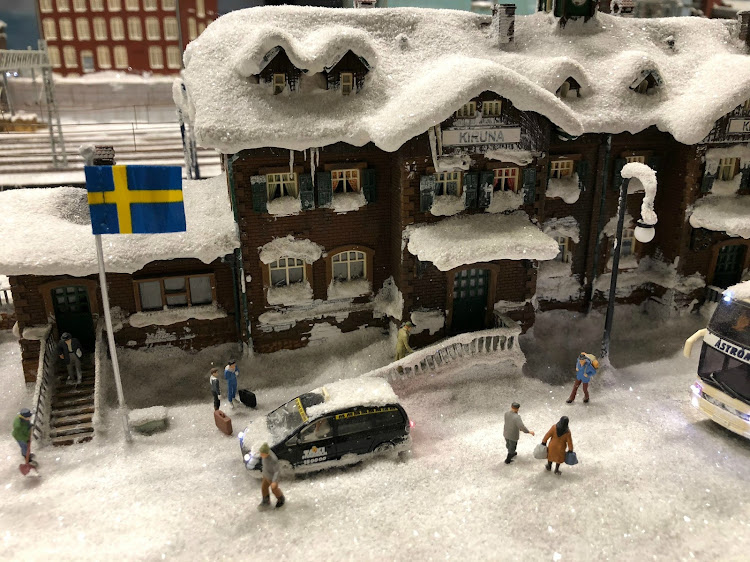 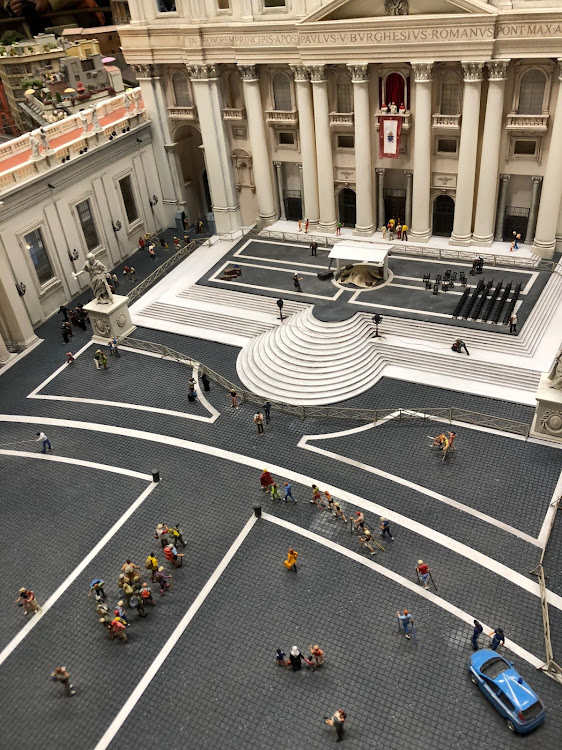 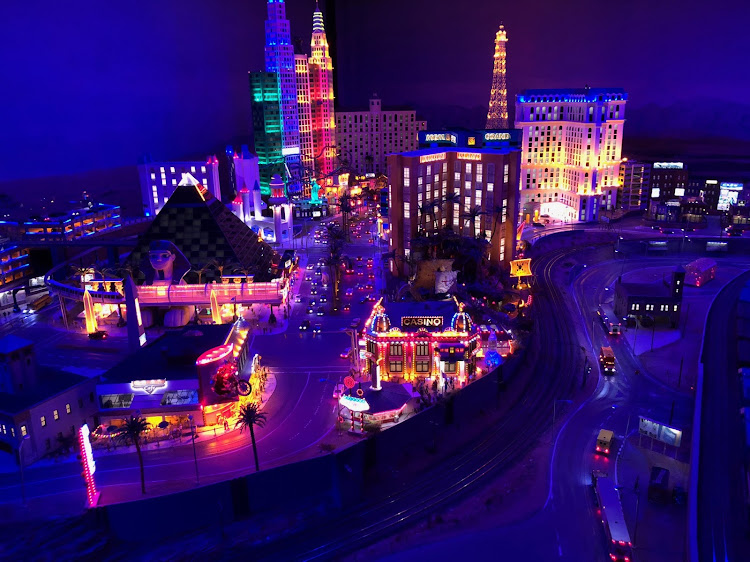 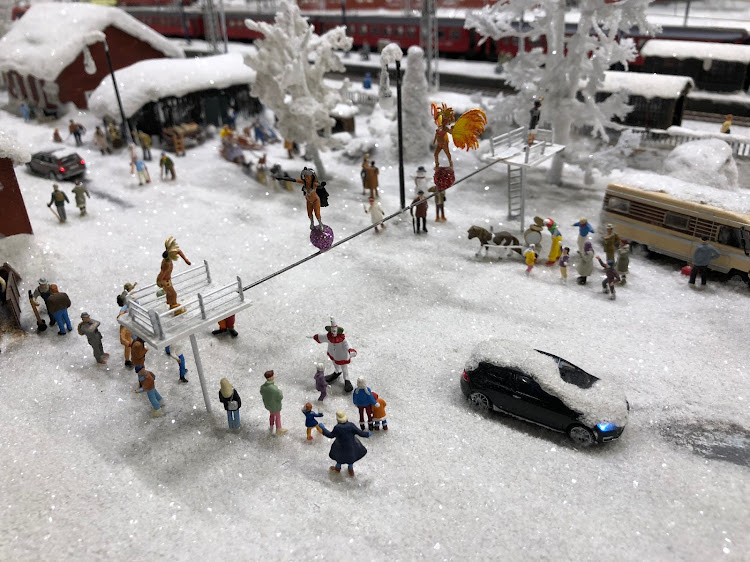 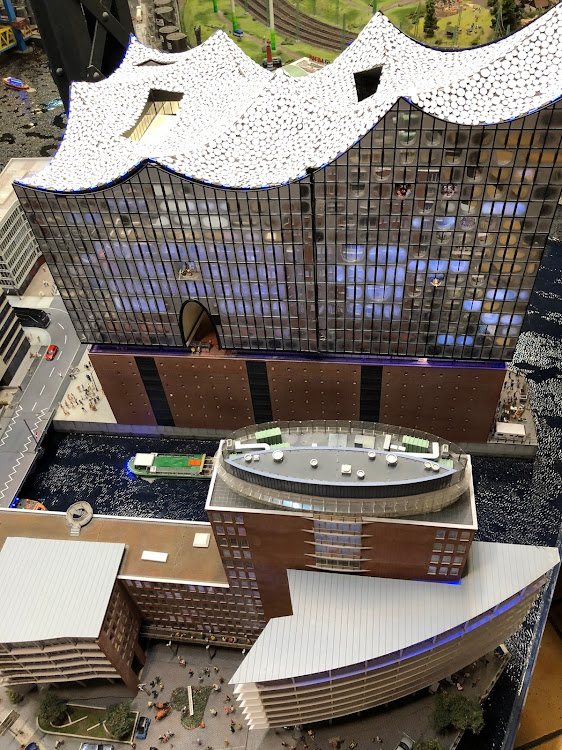 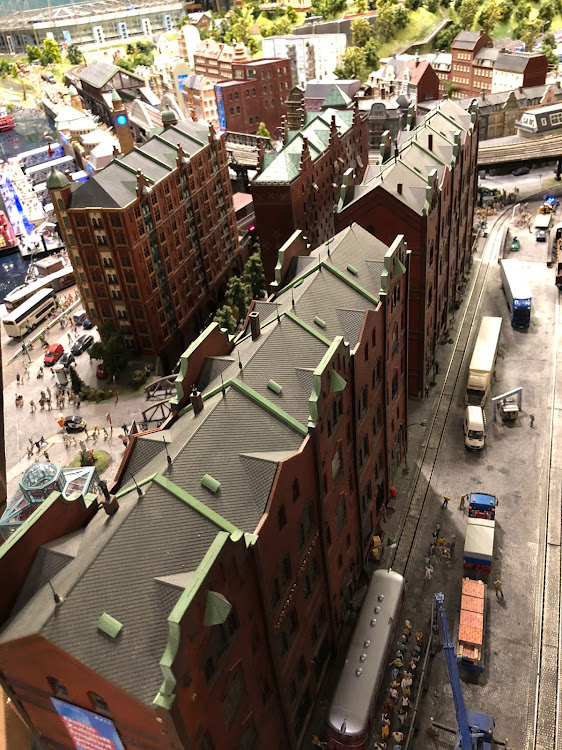 There is thus an element of exclusivity to Wigan’s micromasterpieces. No-one can blame him for accepting the challenge of bespoke creations for famous people, and (as is the case with many high-profile artists) the news generated as a result of his clients’ celebrity cachet means that his work is becoming known by a wide audience. Still, this is not exactly art for the masses.

My antisnobbish instincts are more gratified by the type of tiny art on display at Miniatur Wunderland in Hamburg, which I visited as the last stop of my recent sojourn in Germany. It is the city’s biggest tourist attraction, and has been visited by more than 17-million people (including about 9,000 South Africans) since it opened 20 years ago.

The place is a mecca for model railway enthusiasts, boasting about a thousand locomotives that run on 15km of track. But other statistics, equally impressive, attest to its appeal: 263,000 figurines populate models of cityscapes and natural splendour from various countries, criss-crossed in turn by road networks on which almost 300 minivehicles make their way, with airports and harbours and factories constructed of innumerable moving parts.

At first, the spectacle grabs your attention: the lights of Las Vegas, a rock concert, a town under snow. It takes a while for your eyes to adjust to the scale. Once they do, however, the Lilliputian inhabitants of these scenes become the irresistible focus. They are not nearly as small as Wigan’s microscopic subjects — in fact, they are positively Brobdingnagian by comparison — but they are little enough to demand that we strain not only our sight but also our imagination to enter their world.

The effect is generally comical; Miniature Wonderland shows human quirks and foibles in various guises, from fighting over portaloos to having sex in a car. There are some serious scenes: police identify a drowned body, citizens march in a political protest. People work, hike, party and pray. But somehow, viewed from our godlike perspective, none of it seems to matter. The lives of these little people are curious and entertaining, but insignificant — just as, we all fear, our own lives might be if viewed by invisible spectators above us.

CHRIS THURMAN: Dutch abbey is a symbol of freedom for women in a world without men

CHRIS THURMAN: Reflecting on the final plastic straw that can break nature’s back

The Final Straw confronts the relationship between the plastic pollution crisis and the longer human story.
Opinion
7 months ago