Though relations between Turkey and Russia are strained, both presidents are keen to build a world in which they can do as they wish 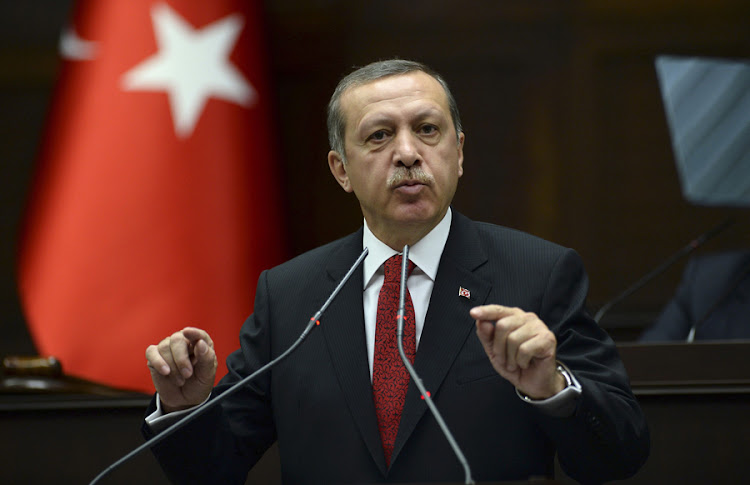 London — As Russian President Vladimir Putin and Turkish President Recep Tayyip Erdogan meet in Sochi this Friday, up to 20,000 Russian and Turkish workers and specialists at Akkuyu on Turkey’s Mediterranean coast are pushing forward with what those behind the project say is the world’s largest atomic power construction site.

According to Turkish media, this week has seen the transfer of the first $5bn of an expected $20bn from Russian state-energy firm Rosatom, providing momentary support to the slumping Turkish lira — and a reminder of the awkward economic, geopolitical and domestic political tightrope Erdogan is walking amid financial crisis, regional war and looming presidential elections.

Friday’s meeting will be the second between the Russian and Turkish leaders in less than a month, after their July 19 meeting in Tehran with Iranian counterpart Ayatollah Ali Khamanei. The sight of a Nato leader sharing a platform with two foes Washington wants to isolate was particularly frustrating for US President Joe Biden’s administration.

Recent years have seen a souring of Turkish-Western relations as Erdogan embraces a more idiosyncratic, independent and assertive foreign policy.

Ankara and its proxies have fought those of Russia in Syria and Libya, Turkish drones blasted Russian tanks in Ukraine and anti-Putin Russians settled in Istanbul even as Erdogan openly embraces Moscow as a source of food and energy.

This week has seen the transfer of the first $5bn of an expected $20bn from Russia's state-energy firm — a reminder of the awkward economic, geopolitical and domestic political tightrope Erdogan is walking amid financial crisis, regional war and looming presidential elections.

Last month’s UN and Turkish-brokered deal to unblock grain shipments from Ukrainian Black Sea ports was a clear success for that policy, with Erdogan and foreign minister Mevlut Casvusoglu trading off their relatively good relations with both Moscow and Kyiv.

The first shipment of grain since the invasion sailed Monday for Lebanon, hailed as a breakthrough that might mitigate a rising global food and economic crisis. Broadcaster CNN Turk suggested the deal might also give Turkey discounted access to crops from both Russia and Ukraine.

That might upset the rest of a hungry world, but would be news for Turkey. Official data shows inflation at an annual rate of almost 80%, with Erdogan repeatedly refusing to consider raising interest rates. The government says it wants to rebalance the economy by increasing exports, but the rocketing price of food and fuel imports — which must be paid in foreign currency — risks offsetting both that and rebounding post-pandemic tourism income.

Even with the inflows of Russian cash this week, the lira dropped to its lowest level since a full-blown currency crisis in December 2021, having lost about a quarter of its value this year. The cost of insuring Turkish foreign currency debt in the credit default swaps (CDS) market is also at an all-time high, as investors worry Ankara might follow Russia and Sri Lanka in failing to make repayments.

With presidential elections in June 2023, tackling that cost-of-living crisis will be central to Erdogan’s chances of re-election. Having survived a 2016 coup attempt with the help of police and loyal elements of the military, his Islamist party AKP unexpectedly lost control of Istanbul and Ankara in 2019 municipal elections to opposition parties. Who will face Erdogan next year remains unclear as yet, as does what the veteran Turkish leader would do if he appeared set to lose. Bringing down the cost and securing access to food and energy appears a growing theme in foreign policy. Last month’s Russia-Turkey-Iran summit in Istanbul included discussion of using local currencies to make purchases from each other, Putin told reporters afterwards.

Overshadowed at the time by talk of the three nations attempting to find common ground over a potential Turkish military incursion into Syria, that reportedly included discussions about using Turkish lira for purchases of Iranian and Russian oil and gas — a move that would clearly benefit Ankara, but might also help both Moscow and Tehran evade US sanctions.

None of these negotiations appear easy. Even as money reportedly moved for the Turkish-Russian nuclear power plant at Akkuyu, Rosatom subsidiary Akkuyu Nukleer said it had terminated a deal with Turkish firm IC Ictas in favour of rival TSM Enerji. That triggered a legal challenge from the first contractor, with the Turkish energy ministry saying it was working to resolve it.

That could yet delay the project, which hopes to deliver some 10% of Turkish power demand with the first reactor scheduled to come online next year.

Russian-Turkish relations clearly remain complex, with both overt and more hidden posturing routine. In Tehran, Erdogan pointedly kept Putin waiting in front of reporters for several minutes at a joint appearance, mirroring a previous apparent similar snub to him on a visit to Moscow in 2020.

Last month also saw a temporary shutdown of the Turkstream gas pipeline to Turkey from Russia, justified by Russian gas firm Gazprom as for “maintenance”, but seen by oil traders as a sign of Russian irritation over Turkey’s eventual acquiescence to Swedish and Finnish Nato membership.

The scar tissue on relations with the West from Erdogan’s initial refusal to agree remains, however — with mounting US congressional opposition to the sale of US F-16 jets to Turkey and a high-profile dispute at an Istanbul news conference between foreign minister Mevlut Casvusoglu and Germany’s Annalena Baerbock over tensions with Greece as well as Turkey’s human rights record.

That may not bother Erdogan and those around him — disagreements with the West do little harm with his political base, as seen in his opposition to the US-led 2003 invasion of Iraq. Meanwhile, the battlefield success of Turkey’s Bayraktar and other drones has encouraged Ankara to plough more resources into its own fifth-generation fighter aircraft — though that project has also been mired in long-term disagreements with both Western and other arms firms.

Russia may again push itself forward as a potential partner for that jet — though the damage to Nato relations of Ankara’s purchase of Russian S-400 anti-aircraft missiles might make that one option Turkey chooses to ignore unless it sees definite potential, particularly for fighter aircraft exports.

All that puts a lot at stake on Friday as Erdogan and Putin meet — keen to build a world in which they and the nations can do as they wish, but also both seeing foreign policy through the prism of their own survival.

** Peter Apps is a writer on international affairs, globalisation, conflict and other issues. He is the founder and executive director of the Project for Study of the 21st Century; PS21, a non-national, non-partisan, non-ideological think-tank. Paralysed by a war-zone car crash in 2006, he also blogs about his disability and other topics. He was previously a reporter for Reuters and continues to be paid by Thomson Reuters. Since 2016, he has been a member of the British Army Reserve and the UK Labour Party.

Putin met Iranian’s Ayatollah Ali Khamenei in Tehran on Tuesday, deepening ties between the two countries, which are both under Western sanctions
World
2 weeks ago

Putin in Iran for talks on grain blockade, Syria

Iran preparing to supply Russia with drones, says US