Local filmmakers must wear a commercial lens and cinema chains must adapt for the survival of this remarkable industry, which plays such a significant role in our cultural fibre 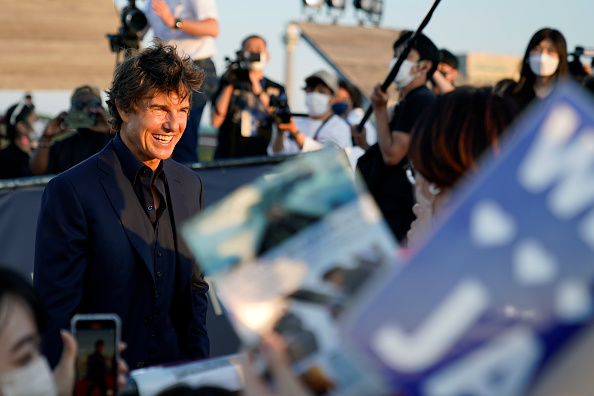 It's been estimated that Covid-19 and lockdowns cost the SA cinema industry about R1.2bn. Now, as Top Gun, the first blockbuster targeted outside the high-frequency youth segment, has triggered the return of mass cinemas audiences worldwide, we are reminded of cinema’s pulling power.

I’ve just returned from Cannes in France and Cinemacon in Las Vegas, and both markets exuded an unmistakable upbeat air of optimism for the theatrical industry bouncing back. However, we have a long way to go.

We all felt a pang seeing Ster-Kinekor go into business rescue in January 2021. Even though they were similarly devastated, less has been published about the lockdown’s effects on the film production and content distribution side of the industry. As we inch towards recovery it’s time for these three cogs in the wheel to each play their part to help the industry return to its feet.

During lockdown the traditional film waterfall-esqe business model of theatrical release, then transactional video-on-demand (VOD) (DStv BoxOffice for instance), then pay TV or subscription VOD (or vice versa), was turned on its head as big streamers paid top dollars for films to go straight to VOD while homebound television audiences skyrocketed. On the other hand, major studios such as MGM kept their juggernaut investments such as the recent James Bond, No Time to Die, in the drawer, opting to wait out the storm.

Many independent producers couldn’t afford the luxury of waiting and ended up forgoing the cinema revenue in favour of cash flow. However, leapfrogging the process did make it possible for some independent producers, whose films may otherwise not have made it that far, to cash in on this opportunity. That gap has now closed and the content business has returned to its former cadence.

Film distributors need to guide producers in making wise decisions and ensure films enter the market with robust marketing strategies, backed by solid spend that will capture the imagination of audiences and help deliver the numbers.

Movies that are catalysts for broader audiences to return such as Top Gun (R65m to date), Spider-Man, No way Home (R76m) or the local Mr Bones, Son of Bones (R11m), don’t come around every day, and while they prove that content is king cinema exhibitors will have to work a lot harder to re-stimulate the habit of going to cinema and win their patrons back on a regular basis.

The industry is fraught with a stubborn naivety that favours telling personally motivated stories and self-expression, instead of leaning into genres that work globally.

Local chains Ster-Kinekor and NuMetro, have, to a degree, started adapting the movie experience such as with VIP lounges and large format experiences such as Imax and 4DX. However, SA is a land of great disparity and nuanced socioeconomic layers. So, hyper-customising the offering to suit micro-localised different preferences is essential to ensure all audiences get to enjoy a cinema experience that they can appreciate, and are willing to pay for.

On the other hand, local film producers need to view filmmaking with a commercial lens first and foremost, even if just for a while. While our industry is rich with great ideas, many of our filmmakers lack the necessary business acumen and commence production without a sales plan, or even a commercial forecast for the project. The industry is fraught with a stubborn naivety that favours telling personally motivated stories and self-expression, instead of leaning into genres that work globally. Budget constraints lead producers to shortcut the development process, rushing the completion of the script, resulting in films that simply don’t stack up against international competition.

On the funding side of the industry, the department of trade, industry & competition, whose film production incentive is absolutely critical to local films, initially provided a boost to the service-industry (local film services provided for international productions that come film here). But it has failed the industry dismally in the past few years. In short, the incentive provides rebates of up to 35% for production expenditure (on qualifying line items) for the first R6m, with 25% being rebated thereafter subject to certain requirements.

While the incentive looks good on paper, the cumbersome process, disorganised, outdated departmental processes and unreliable payment system, have had devastating effects and caused tremendous heartaches for many a local production. International filmmakers have lost faith in the system entirely, favouring countries such as Mauritius or Portugal, whose rebates are more competitive and dependable.

Furthermore, the department’s timelines between application, approval and required commencement of shooting are nerve-rackingly tight, and there is no rebate for script development (the foundation on which a solid film is made), or marketing and distribution. The entire process needs an overhaul, so as to encourage a commercially orientated mindset.

Every person who has ever sat in a cinema carries with them memories of special cinematic moments. There’s nothing more magical really. We’ve all heard the expression that a high tide floats all boats. Now it’s time for us all  to pull together to help the cinema industry not only move forward, but also enjoy an abundant future.

The benefits for exhibitors, producers and distributors will be well worth the short-term compromises, so that this remarkable industry, which plays such a significant role in our cultural fibre, can continue to do so for decades to come.

In praise of Bob Rafelson, rebel who spurned the glitter of Hollywood

The auteur swam against the tide of the middle-class US but left enduring cult classics, writes Tymon Smith
Life
2 weeks ago

Ted Sarandos also flags a decline in smart TV sales due to supply chain constraints, and its Russia departure
News
1 month ago
Next Article

CHRIS THURMAN: ‘Shirley Valentine’ is a rescue act from the ’80s but still very ...

CHRIS THURMAN: ‘Shirley Valentine’ is a rescue act from the ’80s but still very ...