MARC TALPERT: Investment opportunities: separating the wheat from the chaff 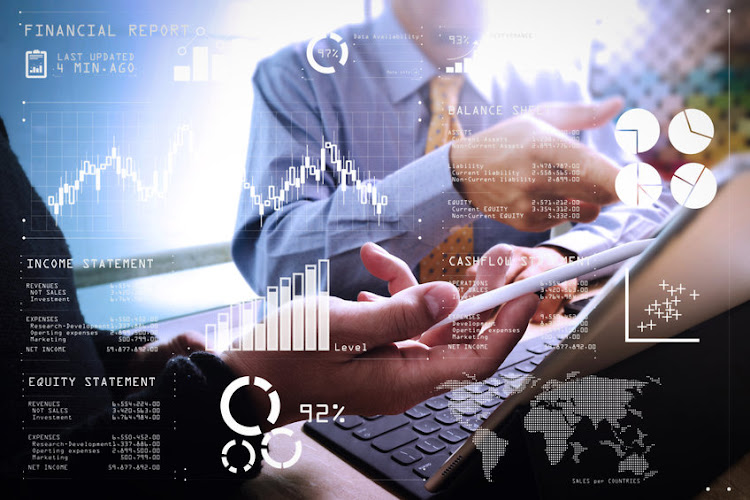 The Covid-19 shutdown resulted in unprecedented forced consumer experiments, which boosted the fortunes of some businesses and destroyed others. Long-duration technology businesses were among the beneficiaries.

The conundrum now is discerning between those experiments that have become habits and those that were just stopgap measures. This is an important distinction in trying to understand which businesses benefited cyclically versus structurally.

Both public and private markets have been indiscriminate in concluding that many of these forced experiments would not stick and that the tailwind they provided to long-duration growth businesses is unsustainable. The venture capital and loss-making company indices are back to levels last seen in March 2020.

While some companies received a cyclical boost as opposed to a structural one, we don’t believe this is true for all businesses, and thus this synchronised selling is presenting incredibly attractive stock-picking opportunities.

The liquidity injected into the system during the pandemic allowed many of these forced experiments to be funded at unprecedented levels. Long-duration technology companies were either created or their development materially accelerated by this bountiful liquidity. Venture capital funding reached levels in 2021 that dwarfed all previous periods, further supported by a highly accommodative initial public offering environment, creating a funding cycle that arguably drove reckless financial behaviour due to the cost of capital being close to zero.

In an environment of zero or negative interest rates a common phrase was thrown around — “Tina” (there is no alternative), which most likely drove increased risk taking. It also meant investors were forced to move up the risk curve to generate acceptable absolute returns, which created a tailwind for “riskier” assets — loss-making long-duration businesses falling into this category.

Things have changed as interest rates have risen globally and the sentiment towards loss-making companies has soured after a period of extreme euphoria. As is often the case in financial markets, the pendulum has swung (from bulls to bears), but in an indiscriminate way that provides the stock picker with an opportunity.

While there are some similarities to the dot-com crash of 2000, there are material differences. Notably, the proliferation of technology now is exponentially higher. In 2000 only 7% of the world was using the internet, versus 50% now. The utility provided by many internet businesses is also higher than in 2000, when the viability of many internet-based businesses was questionable.

Now, almost every business is technology enabled in some way. Consider what would have transpired if lockdowns were enforced in 2000. The ability of the world to continue to operate would have been materially impaired compared to what was experienced in 2020 and 2021.

While lockdowns were difficult, it could have been much worse without the aid of technology and internet-enabled businesses. In the height of the euphoria, the valuations of many of these businesses resembled those in the 2000s but the subsequent correction has been indiscriminate, providing some attractive investment opportunities.

When trying to understand if a long-duration growth business is structurally stronger now than pre-Covid, it is important to identify the problem the business is trying to solve. We ask ourselves if this problem has sustainable consumer demand and if it can be solved in an economically profitable way. If the answer to both questions is yes, we then determine if the price is reasonable or cheap relative to its intrinsic value.

Many investors don’t differentiate between businesses, and they are selling long-duration growth businesses in an indiscriminate and synchronised manner. This generally provides an opportunity to acquire assets at cheap prices. However, this is often easier said than done, as in times of stress, fear becomes the overarching emotion. Declining stock prices perpetuate this negative cycle, thereby shifting the focus away from underlying company fundamentals at the exact wrong time.

To avoid this trap diligent analysis of the underlying business is key. This is our core focus at Coronation, and our proprietary research leads us to believe there are incredibly attractive long-duration growth businesses trading at prices materially below their intrinsic value when considering the “normal” earnings power of these businesses.

Another factor to consider is if potential growth is driven by structural drivers, making them less reliant on a buoyant macro environment. Counter-intuitively, the tougher funding environment can be supportive of overall business economics as competition becomes more rational. Furthermore, companies that are well capitalised are further advantaged as competitors face a world with less free-flowing liquidity.

In the current environment more weight is placed on the most recent information and uncertainty is shunned. The problem with this approach is that the tide often turns at unexpected times and for different reasons than most people expect. Therefore, our guiding light remains our long-term valuation-focused approach to analysis.

In stressed market environments the time horizon of many investors dramatically shortens and the potential of businesses with longer-dated payoff profiles is overlooked, which provides patient long-term investors with exceptional opportunities.

While market corrections are often painful, the flip side is that it may allow for outsize alpha opportunities to be realised. It is critical not to become emotional, and to focus on buying businesses at prices below their intrinsic value.

• Talpert is portfolio manager at Coronation.

KEOLEBOGE MALELA: Gender-smart approach to investing is good for us all