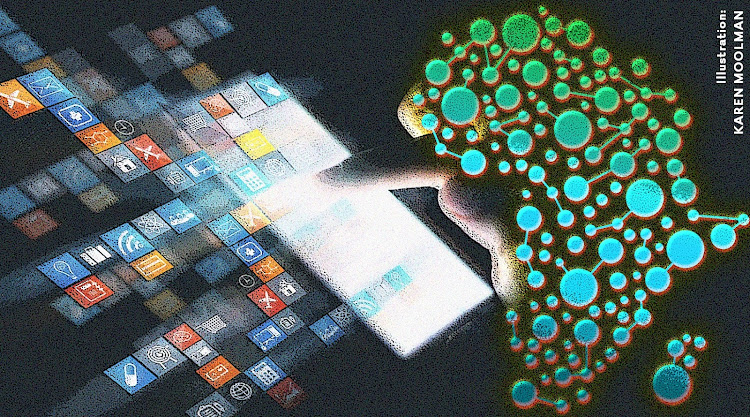 Disinformation in Africa is not a new phenomenon. What is new is how it is becoming industrialised by external entities to influence election outcomes or shape public opinion in line with their agendas. A secondary, and perhaps more corrosive, effect for the continent’s democratic development is that the methods used in foreign-sponsored campaigns are now being copied by local groups for their own purposes.

Much of the recent disinformation circulating in Africa has been linked to attempts by illiberal states to advance their economic and political interests amid waning Western hegemony. The Covid-19 pandemic produced a rise in Chinese and Russian influence operations seeking to undermine faith in Western-made vaccines. Russia has used disinformation campaigns to cultivate anti-Western and antidemocratic sentiment in Africa for years. Iran, Turkey and the United Arab Emirates have each pitched self-serving propaganda to African electorates as well.

Analysts at the Stanford Internet Observatory have detailed how Russia in particular is developing a sophisticated “franchising strategy” whereby the creation of manipulated content across Facebook, Twitter, WhatsApp, Telegram and elsewhere is being outsourced to local residents. By doing so, misleading posts appear more genuine and believable — and therefore harder for platforms and other users to detect.

Even these figures probably underestimate the reach of such content, since social media in Africa functions as a newer form of “pavement radio”, with community members congregating around a single phone to consume content together.

In April, after France and its European allies announced a withdrawal of their forces from Mali over Bamako’s growing ties with Moscow, mercenaries from the Wagner Group — a private Russian military contractor suspected of ties to the Kremlin — were accused of using real bodies in their attempts to allegedly stage and publicise mass graves near a former French military base in central Mali.

In March 2020 reporting revealed that Russia had been outsourcing some of its disinformation efforts aimed at stoking racial and political discord in the US to troll farms in Nigeria and Ghana. China, Russia and Turkey — all countries where authorities have aggressively cracked down on independent media — have equally each tried to tilt Africa’s traditional media landscape in their favour through offering training opportunities and partnerships to African journalists and media organisations.

Kremlin-linked television network RT (formerly Russia Today), which has been banned in the EU, Canada and UK, is in the process of creating an English-language Africa bureau based in SA. And even as African countries generally stay neutral in the Russia-Ukraine war, the continent is not only a target but a source of pro-Russian influence campaigns.

Early in the conflict about 10,000 Twitter accounts shared the hashtags #IStandWithPutin and #IStandWithRussia at least five times. Researchers from the London-based Centre for the Analysis of Social Media then used linguistic cues to identify a significant portion of these accounts as authentic and likely to be coming from Ghana, Nigeria and SA. By April Code for Africa, a civil society investigative consortium, had identified at least 175 Facebook pages across 21 African countries linked to a spike in pro-Russia social media content based on falsehoods.

There is now the risk that military regimes in Mali, Burkina Faso and Guinea will try to replicate recent events in Sudan as part of strategies to stymie transitions back to civilian-led government.

A primary tactic of the pages was to invite users to join private chat groups on WhatsApp and Telegram, where it is easier to evade content moderation and verification efforts. All of this has been instructive to domestic African actors — be it those conspiring to seize power from democratically elected governments or authoritarian regimes eager to manipulate public opinion while still permitting the veneer of freedom of expression online.

Researchers from the Digital Forensics Lab at the Atlantic Council, a US think-tank, say campaigns on Facebook have been used by groups in West Africa as a tool to mobilise public support for recent military takeovers and the re-emergence of strongman regimes. According to their analysis, beginning in February 2020 five Facebook pages in Mali — which tried to pass themselves off as nonprofit organisations or community groups with a combined total of 140,000 followers — have been artificially boosting content advocating for the Wagner Group to replace French counterterrorism forces in the country. The posts also celebrated Mali’s junta regime and argued for delaying elections required to return to civilian rule. Wagner personnel eventually arrived in Mali in December 2021.

Parallel analysis by the Digital Forensics Lab and Code for Africa shows that a similar scenario played out in Burkina Faso in the lead-up to that country’s coup on January 24. Content mentioning the Wagner Group posted to Facebook pages being run out of Burkina Faso spiked 1,900% in mid-September 2021 as speculation began to heighten over Wagner mercenaries being deployed to neighbouring Mali. Over the next four months Wagner was mentioned 1,250 times in posts that received 350,000 user engagements; compared to just 70 mentions in total in the previous two years. The posts were often accompanied by the use of fake photos, some of them debunked by fact-checkers as images of Russian military convoys in Syria in 2019.

There is now the risk that military regimes in Mali, Burkina Faso and Guinea will try to replicate recent events in Sudan as part of strategies to stymie transitions back to civilian-led government. In October 2021, weeks before a coup suspended Sudan’s fragile democratic transition two years after former dictator Omar al-Bashir was toppled by popular protest, Facebook removed nearly 1,000 accounts and pages synthetically boosting the reputation and content of Sudan’s Rapid Support Forces (RSF).

The accounts were discovered after a sudden jump in their activity just prior to a scheduled changeover in leadership of Sudan’s transitional administration from military to civilian representatives. A brutal paramilitary organisation with extensive commercial interests throughout Sudan, the RSF’s leader, Gen Mohamed Hamdan Dagalo (known as Hemeti), was deputy in the country’s transitional administration and remains second-in-command of the current military-controlled Sovereign Council.

But disinformation campaigns in Africa are not exclusively the work of illiberal regimes and antidemocratic actors. In late 2020 Facebook took down a disinformation network originating in France that had evidently been created to jostle with Russian disinformation networks in Africa. Before that former British political consulting firm Cambridge Analytica interfered in elections in Kenya and Nigeria on behalf of private clients before being forced to shut down in 2018 amid growing scandal.

Given Africa’s rising geopolitical importance and rapid increases in local internet and social media access each year — combined with social media companies’ limited ability and interest in policing their platforms — disinformation will increase in Africa for the foreseeable future. As this unfolds it will be paramount for the continent’s governments and civil society groups to push for proper legislative, regulatory and nonregulatory measures and responses necessary to protect the integrity of online civic space.

• Hassan, a lawyer and development expert, is director of the Centre for Democracy and Development in Abuja, Nigeria. Hiebert, a former deputy editor of Africa Conflict Monitor, is a researcher and analyst now based in Canada.

Grappling with the pathologies and pleasures of the internet

As writers have come to terms with the internet, they've produced books that probe our relationship with it
Life
3 weeks ago

Marketers are spending less due to various economic pressures, leaving Meta and its peers to compete for the smaller budgets
News
3 weeks ago

TOBY SHAPSHAK: How TikTok beat Google to become the most popular website

As Facebook plays catch-up, the power in social media has shifted from Silicon Valley to China — with a new set of data privacy concerns
Opinion
3 weeks ago
Next Article