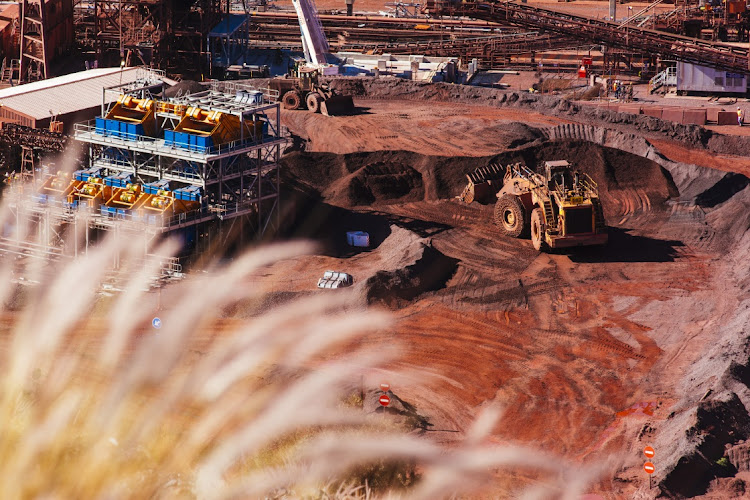 Iron ore prices are swinging between optimism and pessimism over the economic outlook in top importer China, but beyond the short-term oscillations a longer-term battle is looming.

China is pressing ahead with a plan to centralise iron ore purchasing, with media reports saying state-owned steel mills are forging a new enterprise to boost their bargaining power.

This is not the first time that China, which buys about 70% of seaborne iron ore volumes, has tried to gain greater control over the market, which moved from a long-term contract basis to being dominated by spot purchases in a process started in 2008 by former BHP Group CEO Marius Kloppers.

BHP, the world’s third-largest iron ore miner behind Rio Tinto and Brazil’s Vale, so far is sanguine about the prospect of a unified Chinese purchasing system. CFO David Lamont said on July 20 the Australian miner remained confident the market would set the price and the aim was to maintain good ties with Chinese customers.

Asked if the plan to set up a central iron ore buying enterprise was likely to succeed, Lamont said, "History would say no.”

Lamont is probably correct in saying that the market will ultimately set the price, irrespective of what Chinese buyers may want to pay and what BHP, Rio, Vale and smaller rivals want to sell at. The risk is that a centralised buying system brings in inefficiencies and bureaucracy, resulting in a less efficient market as Chinese steel mills battle to get the iron ore they need and at the right time.

It also raises the risk of a more combative relationship between the miners and the Chinese steel mills, with both seeking better deals than the other is prepared to offer.

Much will depend on how both parties approach any change in how China purchases iron ore, but it is likely that the big three miners will seek to maintain a price linked to the spot market. If China effectively withdraws from the spot market, that may complicate the issue as the reference price will be more based on what Japanese and South Korean steel mills are paying.

In short, there is a potential for market disruption from any new centralised Chinese purchasing system. But even if China does set up an effective, and efficient, centralised buying system, it is unlikely to shift market dynamics much.

The iron ore market is extremely concentrated, dominated by a handful of big miners in two countries, top exporter Australia and number two Brazil. To put China’s dependence on those two suppliers in perspective, seaborne iron ore imports in July are estimated at 99.61-million tonnes by commodity consultants Kpler.

If China does insist on lower prices, it is likely to lead to a standoff in which the miners restrict volumes and the game becomes who can last the longest before blinking. Much will also depend on the state of Chinese steel demand at the time.

It could be argued that the spot pricing system worked in favour of the miners in the 2009-2011 period when Chinese demand was high amid economic stimulus in the post-2008 global financial crisis period.

But then the wave of new supply started kicking in, and spot prices plunged, meaning Chinese steel mills were benefiting more than they would have under the prior contract pricing system.

The spot price for benchmark 62% ore for delivery to north China, as assessed by commodity price reporting agency Argus, reached a record high of $235.55 a tonne in May 2021 and has since trended lower, ending at $112.25 on Wednesday.

This price is still relatively high when viewed against the past decade, and it is probably safe to say that Chinese steel mills would view a level below $100 a tonne as more sustainable.

Local content throws a spanner in Transnet tender for locomotives

Local content throws a spanner in Transnet tender for locomotives