DONALD MACKAY: How to cement an effective state designation policy

The government’s current system is imprecise, opaque and difficult to implement 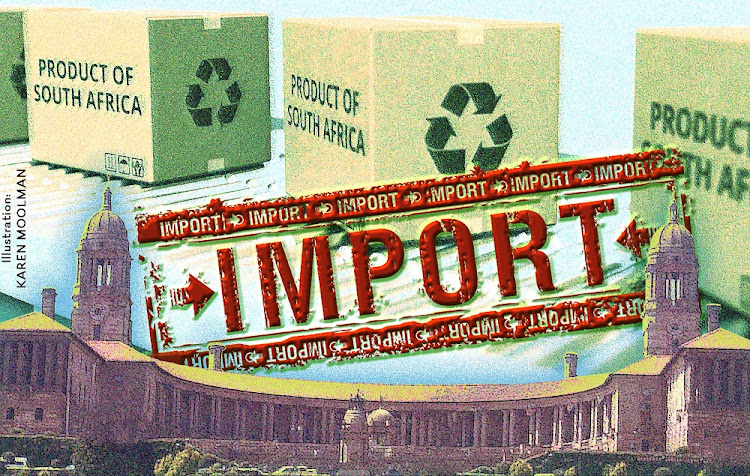 Here are some good rules for the development of any government policy: take input from people in the sectors that are most affected. Actually listen, rather than going through a box-ticking exercise, and when you have made a decision, publish a report explaining why you took the path you did. The decision you take must be supported by the evidence you gathered.

These are not my ideas. They come from the Promotion of Administrative Justice Act (Paja) and are the requirements for an administrative decision to be considered rational. You will notice that this is about the process leading to formulation of the policy, rather than about the contents of the policy itself.

Given that we wish to live in a country where bad policies (even if well-intentioned) are killed off quickly and good policies survive and are implemented, this process really matters. If this process is followed, fewer policies would be challenged in court (Karpowership comes to mind) and the political economy would function better.

But this won’t easily happen because South Africans have largely decided to allow the government to decide how we live. The president’s social compacting became a few master plans, which have now broken free from the department of trade, industry & competition and become the many masters’ plans from all over the government. Even in the hands of the most competent government in the world, this would still lead to suboptimal outcomes.

When we centralise all important decisions in a small number of people, we depend on them getting it right. Every time. There is no mechanism to rapidly resolve problems that arise in the process, and there are always problems. This brings me to “designation”, the government policy and law that sets local content requirements for state procurement. If you want to supply a government department with cement, the most recent industry to be designated, you can only supply it with 100% locally produced cement.

What does that mean? At first it meant the cement had to be made with 100% locally sourced clinker, but soon after the policy was published, the department remembered there are local cement producers that manufacture cement from imported clinker and would now be prohibited from supplying the government; cement producers that, ironically, had benefited from tax incentives approved by the very same department that now wished to exclude them. So the rules were changed, and now those companies are also included in the designation policy.

But how did this happen? It starts with designation being a largely secret process. You are a domestic producer of some or other widget and you want the government to buy your locally manufactured products rather than imports. You speak to (some of) the other producers in SA and approach the department to have your industry designated. The department makes this decision in consultation with the National Treasury, but we know the power resides with the former.

Organs of state can also self-designate if there is no designated sector. The process at this point becomes a little murky. What we know is that the department of trade, industry & competition never publishes a notice for comment, so other companies affected by the designation request never have a chance to participate. They never get a seat at the table. In fact, they don’t even know there is a room with a table in it. The first they know about it is when the Treasury publishes a circular notifying the public that a product has been designated, and then only if they know how to look out for it.

Designation therefore benefits the companies that know how to get into the secret room, rather than those that are most deserving. It becomes a mechanism to create oligopolies. This was what the Nats did during the apartheid era. Sanlam. Santam. Volkskas. The list goes on. Tremendous market power accrues to those who understand how to get into that room. It soon becomes a public-private cartel.

There is no meaningful data published on designation, and just before former trade & industry minister Rob Davies retired, he said: “... there are no stringent legal and administrative measures to deal with non-compliance [with designation]. Government is currently too uncoordinated, fragmented and institutionally weak to carry out the function of adequately monitoring compliance on localisation.”

When an investigation is complete, no report is published. No economic data follows. For instance, how much imported cement was being purchased by the government before the industry was designated, and how much is being consumed after the rules were put in place? Without data, how do we know the policy is working?

Designation is complex. Sometimes industries are designated (clothing and textiles, for example) and sometimes products (cement), but these are not connected to tariff codes, so how can imports be monitored? When we talk about cement, do we mean only Portland cement, or do we also include tile cement? Grout? Because designation is so imprecise, it becomes extremely difficult to practically implement, especially if the product only has partial local content requirements. There is a 30% local content requirement for set-top boxes, for instance. How do you trace it?

How is designation funded? If a municipality has to pay 20% more for a locally manufactured product, where does the extra 20% come from? The department doesn’t fund it, and most of our municipalities are bankrupt.

None of this is to say designation is a bad idea, but rather that in its current form, it will never be effective. So here are some suggestions, which will cost very little but could have significant impact. Move designation away from the department of trade, industry & competition to the International Trade Administration Commission (Itac). With relatively minor amendments to the International Trade Administration Act and a set of easy-to-draft regulations, this can be done quickly.

This immediately inserts designation into a framework to investigate applications properly. Itac already does this with duty changes. Investigations would be published for comment, the decision would be taken by the commission at Itac, which functions relatively well, and the whole process would be compliant with Paja.

Paja exists because administrative decisions must be lawful, reasonable and procedurally fair, and it requires reasons for the decisions taken. This would bring transparency, openness and rationality to designation decisions. In simple terms, it ensures there is a better chance for the correct product to be designated.

Whether you like or hate designation, the policy exists and should be more likely to yield good outcomes than bad. The only way to ensure this is to put it through a good process. Not a process most designed to give the outcome desired by the politician of the day, but the best outcome.

Give Itac the job. Use the structures that exist to help this policy (and law) along.

Business cycle indicator falls in May

Russia-Ukraine grain deal likely to lower food prices in SA, but only if it ...

Business cycle indicator falls in May

Russia-Ukraine grain deal likely to lower food prices in SA, but only if it ...