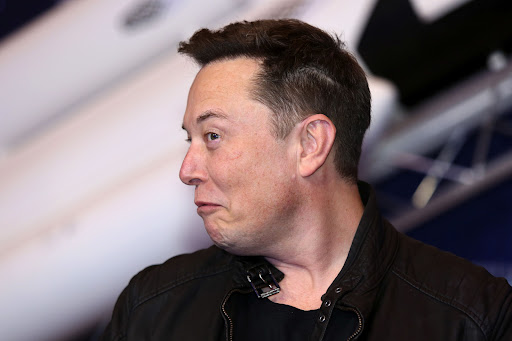 I must admit to a general admiration for our greatest ever local boykie made good. Elon Musk grew up in Pretoria, but that has not prevented him from becoming one of the most influential people alive today. Even though he seems to have had unhappy school days, Pretoria Boys High must have done something right.

Musk made his fortune in the internet boom, but then broadened his personal and business interests to electric cars, rockets, trains and tunnels. Much of the motivation behind his investments seems to be driven by a desire to make the world a better and more interesting place, rather than just for profit.

He has made passionate and well-argued pleas for us to aspire to become a multi-planetary species. He has donated units of his Starlink satellite system to grateful Ukrainians battling Russian invaders. All of this has gained him guru-like status and 100-million Twitter followers at the last count.

So far, so lekker. Which is why his recent comments on human population are so perplexing. After the recent birth of his twins (which brings his tally of children to about 10 — “Hehehe,” Jacob Zuma would say, “that’s nothing!”), Musk tweeted that he was helping to “end the underpopulation crisis”. He went on to tweet that “a collapsing birth rate is the biggest danger civilisation faces by far. Mark my words, they are sadly true … I hope you have big families and congrats to those who already do!”

This could be written off as an attempt to put a humorous gloss on his exuberant fecundity, but it is a view he has expressed consistently in the past. And while all owners of vast global enterprises benefit from population growth (increased population equals more customers and cheaper labour), he seems to hold this view sincerely, and not just because more people mean greater wealth for him. This is, of course, very different to life at the bottom of the economic pyramid, where more and more people mean greater competition for scarce resources like jobs, social grants, heathcare and education.

Let’s start with some facts. Though birth rates are fortunately declining, we are still adding 80-million people to the planet every year, and have been doing so for the last few decades. We are therefore adding the equivalent of the entire population of Germany every single year. And we are likely to continue to do so for several decades to come. It is true that there are a few wealthy countries, such as Japan and Italy, where there is a gentle decline in total population.  But these are exceptions.

Countries such as the UK, France and the US, which have lowish fertility rates, are still growing because of immigration. It has been calculated that the UK needs to build a new house every six minutes to cope with the immigrant influx of the last few years. However, the majority of the growth in population is happening in poorer countries in the Middle East and Africa, which are least able to provide fertile land, food, water, jobs and other resources for ever-increasing numbers of people.

I am not critical of Musk’s (or Zuma’s) personal choices regarding children. Musk is clearly able to afford as many children as he wants, even if he produced one every hour for the rest of his life (Zuma should slow down though — he can’t get his hands on our money as easily as he once could).  But it is a very different situation for a poor rural Somali or Afghan woman, living under a patriarchal tribal culture. She typically might have had five or six children by the age of 25, and with each additional child sinks further into poverty and further diminishes the prospects of her children.

By contrast, Bill Gates, another multibillionaire who would also no doubt benefit from an ever-growing consumer base, has a very different view. While the Gates’ foundation has put hundreds of millions of dollars into primary health initiatives such as HIV, malaria and tuberculosis prevention, it has also put much effort into supplying family planning measures to poor women in the developing world. So clearly Bill and Melinda — no slouches when it comes to analysing and solving complex problems — believe controlling human population growth is for the individual and greater good.

That is without considering the effect of our vast human population on the non-human world. Rivers, seas and lakes are polluted, oceans are acidifying, the earth is overheating, species numbers and tropical forests are declining. Ten thousand years ago, 99% of the terrestrial vertebrate biomass consisted of wild animals, and humans made up just 1%. Today, almost 8-billion more people later, that situation has completely reversed. Humans and our livestock make up 99% of the vertebrate biomass and wild animals just 1%.

The earth is groaning under the collective weight of our activity. And that activity is a factor of both our numbers and our technology. So a poor person in Africa has a far smaller impact than a wealthy jet-setting Westerner. But surely we should not want to deny the average Nigerian or Indian the convenience of a microwave oven or refrigerator?

The environmental effects of those in the developing world will only become greater in future as, hopefully, their economic circumstances improve. As Sir David Attenborough has succinctly stated, “All environmental problems become much more difficult, and ultimately impossible to solve, with an ever-increasing human population.”

We are a long way off from being able to send large numbers of people to live on Mars using Musk’s big rockets. Until then, we need to ignore his nonsense about population “decline” and attend to the urgent unmet contraceptive needs of poor women in the developing world. That would be for the benefit of all people, and our precious natural world.

• Dr Walker is a senior lecturer in the department of conservation & marine sciences at the Cape Peninsula University of Technology.