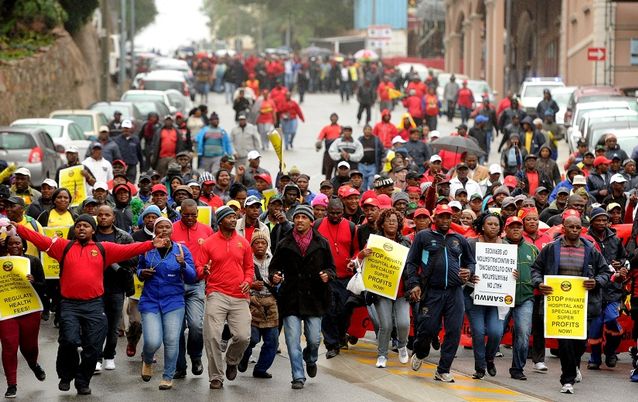 The constitution establishes three distinct yet interdependent spheres of government — national, provincial and local — and assigns expenditure responsibilities to each sphere. These functions are either exclusive to one sphere of government or concurrent between spheres.

The provinces are mainly responsible for the provision of education and health services. In recognising the fiscal gap between assigned expenditure responsibilities and revenue collection, the constitution makes provision in section 227 for sharing nationally raised revenue. Provinces are thereby entitled to an equitable share of the revenue, over and above conditional grants.

Because of their limited tax base and ability to tax, provinces rely on intergovernmental fiscal transfers to fulfil their service delivery obligations, and some receive as much as 95% of their revenue from the fiscus. With the fiscus being constrained, the share of finances allocated to provinces through the provincial equitable share formula as a percentage of the total budget has been declining over the years. For example, the share of nationally raised revenue allocated to provinces decreased from 43.2% in 2018/2019 to 40.6% in 2021.

While the average growth rate in the public sector wage bill in 2014/2015 and 2019/2020 was about 7.3%, provincial funding via the equitable share has not been keeping up; for example, the average nominal growth rate in the equitable share over the same period was just more than 7%. It is critical to note that provinces are also responsible for infrastructure delivery, maintenance and rehabilitation, pupil-teacher support materials in schools, and hospital health equipment.

In addition, a significant percentage of funding from the provincial equitable share is spent on compensating employees in the education and health sectors, and this proportion has increased consistently over the years. For instance, the Eastern Cape spent 87.8% of its education budget from the provincial equitable share on employee salaries in 2012, which had increased to more than 90% by 2021/2022.

The high and still rising proportion of funding from the provincial equitable share spent on salaries for employees crowds out spending on other crucial areas such as economic development and infrastructure delivery, including new investment and the rehabilitation of existing infrastructure. Since public service wages are negotiated centrally, this line item is beyond the control of provinces even though it severely limits their developmental potential.

One of the key drivers of the increasing proportion of the equitable share spent by the provinces on salaries is the central wage bargaining process. The provinces are forced to implement whatever wage agreements the public service trade unions reach with the central government, which can have a detrimental effect on the provinces’ financial planning, bearing in mind that the provincial governments are the largest employer of public servants in the education and health sectors.

In addition to the central wage bargaining process, the provinces’ finances are affected by many other issues that are out of their control, including climate change and outbreaks of new pandemics. For example, Covid-19 induced expenditure by the provinces in the areas of education and health worsened their financial challenges as more employees were required to treat ill patients and implement the vaccination rollout, and health facilities had to be repurposed and expanded.

Such factors limit the provinces’ ability to implement their developmental agendas meaningfully. For them not to only deliver on their mandates but expand services and build new infrastructure in the future, the fiscal framework for provinces needs to be reviewed. A priority should be to insulate the provinces’ finances from central collective wage bargaining outcomes.

• Mtantato is a senior researcher at the Financial & Fiscal Commission. He writes in his personal capacity.

Eskom faces a major skills shortage, which has partly contributed to its recent failures to keep the lights on
National
2 weeks ago

SHIRLEY DE VILLIERS: A million and a half ways to fleece the taxpayer

SHIRLEY DE VILLIERS: A million and a half ways to fleece the taxpayer