Tunisia, one of only two lighthouses of evolving democracy in the Arab world, is suffering reversals 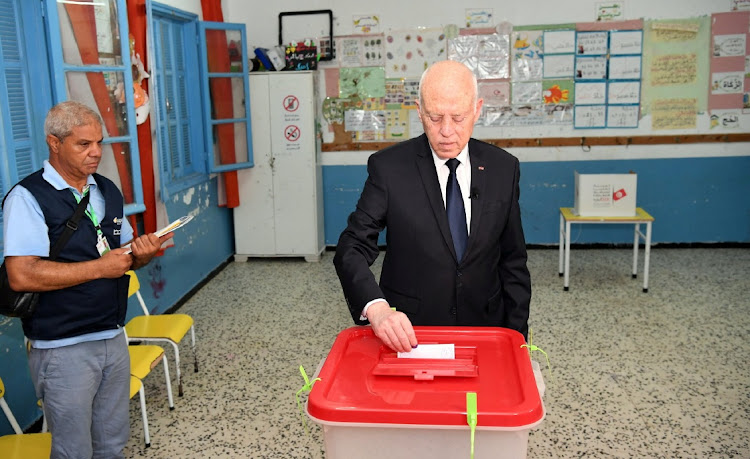 For a decade, the “Jasmine Revolution” in Tunisia, which ignited the unprecedented upheavals of the Arab Spring on two continents, was one of only two lighthouses of evolving democratic praxis in a region unaccustomed to such freedoms. Now, however, it is suffering a sliding series of reversals that threaten to extinguish that light.

On Monday, on the holiday marking the 1957 abolition of the monarchy, Tunisians went to the polls for a referendum on a new constitution that would in effect implant an authoritarian system in which all administrative and judicial power would be recentralised in the hands of the president, while parliament would be significantly weakened. Though North African opinion studies company Sigma Conseil says an initial exit poll showed 92.3% of those who voted endorsed the new constitution, the turnout was a mere 27.5%.

Tipping points in history are usually impossible to predict: not one of the smartest observers of Arab affairs expected that the self-immolation of 26-year-old street fruit seller Mohamed Bouazizi in Tunis on December 17 2010 in protest at a petty official’s confiscation of his wares would trigger a series of popular revolts against autocratic regimes radiating out from Tunisia to countries as far-flung as Bahrain.

Fuelled by indignities visited on their populaces by uncaring, ossified bureaucracies ranging from a lack of social mobility and freedom of expression to ethnic discrimination and precarious livelihoods amid overfed, venal officialdom, the Arab Spring felled gerontocrats like dominoes in 2011 — Zine al-Abidine ben Ali in Tunisia, Hosni Mubarak in Egypt, and Muammar Gaddafi in Libya.

Its penetration deep into Africa terrified other strongmen who had clung to power for decades. And since the Arab Spring, no fewer than six other African “leaders-for-life” have been unseated by, or to forestall, popular protest movements: Blaise Compaoré of Burkina Faso in 2014, Yahya Jammeh of Gambia in 2017, Robert Mugabe of Zimbabwe in 2017, Abdelaziz Bouteflika of Algeria in 2019, and in the same year Omar el-Bashir of Sudan, who SA had failed to arrest for genocide when it had the chance.

Yet as the July days showed, once the genie of unrest is uncorked even the planners can’t predict what will occur

As recently as last week, speaking at the funeral of ANC stalwart Jessie Duarte, former president Thabo Mbeki raised the spectre of an Arab Spring-style uprising in SA if Cyril Ramaphosa does not come up with an urgent plan to address simmering anger at the country’s glaring poverty, joblessness and inequality.

Mbeki’s polemic may have been stretching the point as evidence accumulates that last July’s rioting and looting spree was sparked in planned fashion by a pro-Zuma insurrectionary faction within the governing party rather than originating in a revolt of the disinherited as it was in Tunisia. Yet as the July days showed, once the genie of unrest is uncorked, even the planners can’t predict what will occur.

Still, Tunisia’s transformation after January 2011 was truly remarkable. By the time I worked there in 2019, a cosmopolitan air prevailed in the capital, Tunis, where the races — Arab, Amazigh, black and European — co-mingled easily on the beaches, the roads were smartly paved and the electricity uninterrupted, while it possessed one of the Arab world’s two democratic constitutions, with an openly gay lawyer even throwing his hat into the ring for the presidential election.

It was hardly an untroubled transition as conservative blocs contested newly opened social spaces, Salafist terrorists committed a series of atrocities, and Ben Ali’s corrupt old boys’ network known as “The Family” continued to hold sway in key revenue-generating positions. Crucially, the export-reliant economy — mostly electrical goods, textiles and petroleum/bitumen products — wallowed in a slump tied to a failed IMF policy framework. Government debt was then at 69% of GDP, and youths chafed at a 15% unemployment rate. Yet the gains of the Jasmine Revolution were visible and tangible.

Then, a year ago, President Kais Saied staged what the Carnegie Endowment for International Peace terms an “autogolpe”, a coup against his own administration, in which he fired the government, announced a state of emergency and suspended parliament for two months, stationing armoured cars around the building. Soon handpicked cronies were appointed to an unelected cabinet.

On September 22 2021, the president suspended those parts of the 2014 democratic constitution — the achievement of which had won negotiators the 2015 Nobel peace prize — that contradicted his original emergency decree and extended parliament’s suspension, stripping it of its legislative powers, which he vested in himself, thereafter ruling by fiat.

On November 25, Saied dissolved the new ministry of local affairs, which had overseen the municipal councils to which administrative powers had been devolved, and restored centralised control to the ministry of the interior, replacing 18 of 24 provincial governors with his own men. On February 6 2022, he dissolved the independent Supreme Judicial Council and empowered himself to pick replacement benches.

Three out of five independent institutions, the human rights, sustainable development and anticorruption commissions established by the 2014 constitution, have been dissolved. Remaining are only the electoral commission — now stacked with Saied loyalists in charge of running the referendum on his draft autocratic constitution, which has now given him powers until new legislative elections in December — and the broadcasting authority, which was supposed to ensure political pluralism on air but in October shut down two television stations and one radio station that were critical of the president.

Citizens resisted, but prodemocratic protesters have been routinely assaulted by police, who also beat journalists. On March 23, after 123 MPs convened an online plenary and voted on a bill, those who attended were placed under investigation and several have been questioned by police. On June 1, Saied fired 57 judges on a range of apparently trumped-up charges; the judiciary staged a month-long protest in response, followed by a general strike by the main union federation.

But it was the abstention campaign on the referendum by a coalition of opposition parties, including the largest, the conservative “Islamic democratic” Ennahada, that ironically has given Saied the green light to dismantle democracy. Topping his agenda, with the national debt now risen to 82% of GDP according to Reuters, is securing a $4bn loan from the IMF to shore up the economy, though the deal is expected to be contingent on cuts in fuel and food subsidies, which will prove deeply unpopular.

As The Christian Science Monitor warns, Saied has promised to dissolve all political parties and crack down on civil society organisations, while a loophole in his new constitution allows him to rule for life, effectively ending Tunisia’s role as “a regional hub for human rights and democracy work”.

It remains to be seen whether a disgruntled but apathetic majority who lost faith in their democracy when it failed to deliver a decent life, will be able to challenge this week’s disastrous minority return to a defeated past.

• Schmidt is a veteran journalist and author.