COBUS CILLIERS: Could there be light at end of the load-shedding tunnel?

Costs of solar energy production have fallen, storage solutions are now viable and legislation has improved 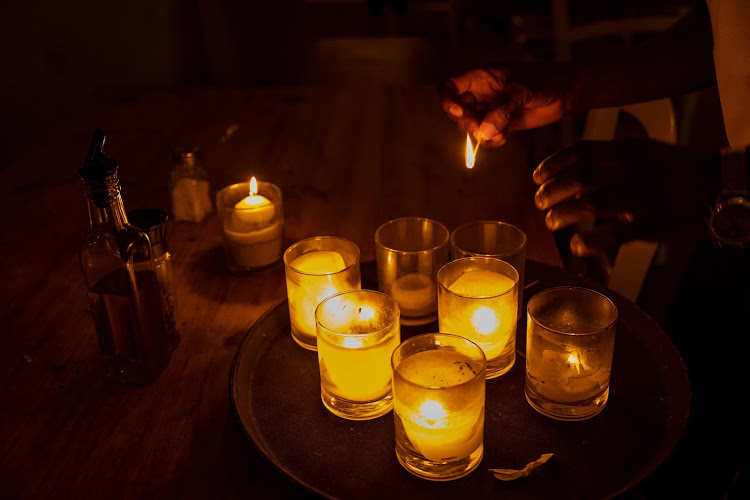 Load-shedding, the dreaded quasi swearword that has unfortunately become too familiar to South Africans, is a euphemism that was added to the lexicon  during SA’s first energy crisis in 2007/2008.

Other countries simply call it what it is: power outages or rolling blackouts, though a power outage by any other name would be as unelectrified.

Eskom has contributed and taken many things from our country. An occasional Eskom-induced candlelit dinner can provide a great, romantic ambience, but when it becomes semipermanent it loses its appeal.

Its contribution to the nation’s zeitgeist has been acutely negative, especially when we consistently go into the likes of stages 4 and up, which cause many an Eskom-induced sense of humour failure. The emigration of highly skilled workers is a case in point.

Another contribution from our state-owned power utility, is how it has shaped the agenda of the modern-day board meeting in SA. If you are a corporate with operations in the country, one of the top risks is how companies are navigating the lack of reliable electricity supply.

Five years ago, this risk might have been seen as transitory. The few businesses that installed diesel generators after the second period of load-shedding in 2014/2015, may have thought their risk-mitigating projects a waste of money. But when the third period of load-shedding began at the beginning of 2019, business managers with the foresight to install back-up generators were experiencing a bit of schadenfreude, though this might have been short-lived, given where the price of diesel is at present.

What became clear during the latest rolling blackouts is that South Africans live in a country where this risk can’t be ignored. Businesses using a lot of energy and vulnerable to power cuts need to address this head-on (if they have not already), as this energy crisis is likely to be with us for the foreseeable future.

So the question every board and executive team will ask (or already has) is: how can we take our electricity matters into our own hands?

At its recent investor day, KAP Industrial highlighted a 10MW solar energy project it is exploring at its chemical plant in Sasolburg. Though this project is aimed at supplying only 50% of Safripol’s requirement, it gives insight into how executives mitigate the unmitigated disaster that Eskom has given  corporate SA.

To be fair, our state of disaster wasn’t caused by Eskom’s current management. That can be attributed to decisions made (or more aptly, not made) two to three decades ago by the then Eskom management.

Putting the blame game aside for now, a question investors could ask themselves is which company stands to gain from the challenges.

This brings us to the light at the end of the load-shedding tunnel. A notable development in the past decade is how affordable solar panels and electricity have become for industrial and residential use. Installing solar energy production sites (with associated energy storage solutions) is becoming commonplace for many SA corporates and individuals.

Two decades ago, solar was not a viable option. Prohibitively expensive costs per watt, unviable and expensive energy storage solutions and other inefficiencies stopped conversion before it even began.

Fortunately, costs have fallen, storage solutions (grid-tied or off-grid) are now viable, and legislation has improved. Some of these projects even yield good rates of return, with payback periods of two to nine years.

One JSE-listed company which stands out as perfectly positioned for assisting corporates in their energy transition needs is Reunert.

Reunert, through its subsidiaries Terra Firma Solutions and BlueNova, provide solar energy and storage solutions to the 1MW to 10MW corporate market in SA and beyond. The company is responsible for the continent’s largest rooftop solar system, a 5.3MW installation at Cornubia Mall in KwaZulu-Natal.

At a recent investor day, it highlighted some of its many product and service offerings. Encouragingly, there are many options available to companies when it comes to own generation.

One example is where batteries are installed at the point of consumption and set to recharge in off-peak time periods while providing power during peak ones. This solution can save up to 80% on electricity bills when demand is high. It will also provide back-up in times of load-shedding. Though grid-tied, or still somewhat reliant on Eskom, it does provide a fairly viable solution.

Another example is a system with solar panels, battery backup and an energy management system. Terra Firma Solutions can either sell you the system or install it at their cost and lease it to you. Either way, you have lower electricity bills and need not worry about load-shedding again.

SA’s energy crisis is unfortunate, yet it is encouraging to see the viable solutions available in these difficult times. Few are better placed to take advantage of this situation, with companies such as KAP and Reunert likely to benefit greatly while coming to the rescue of many.

• Cilliers is senior equity analyst at All Weather Capital.

COBUS CILLIERS: The JSE: Local is lekker, but how local is it really?