Investors must take advantage of current market conditions by seeking the ‘safe havens’ of industrial commodities, gold and real estate 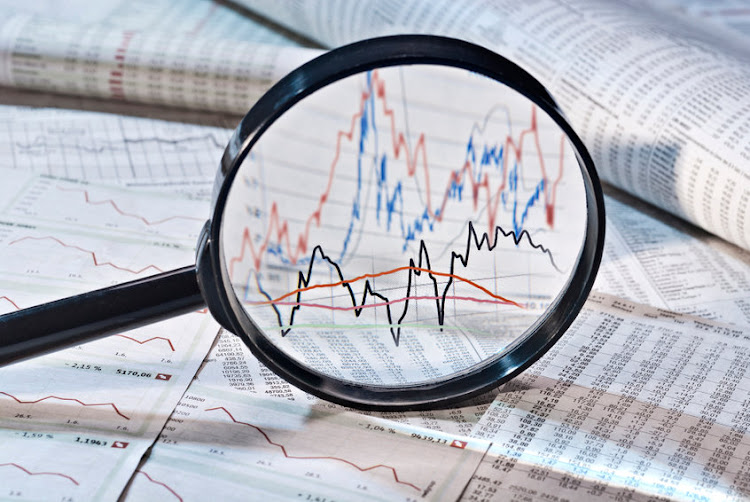 With the possibility of the US entering recession caused by aggressive monetary tightening and a stagflationary environment (the combination of high-interest rates with low economic growth), investors concerned about the potential negative effect on their portfolios could consider tactical investments in sectors that might protect them during such periods.

Though recessions are generally negative for equities, high-interest environments do benefit certain sectors such as industrial commodities, gold and real estate.

Alternatively, investors with a longer-term strategy could use such an environment to acquire shares in quality companies trading at significant discounts and with the potential to recover strongly once economic growth returns.

Try to view these historically elevated levels of inflation as an opportunity to pick up assets trading at depressed levels that will likely recover strongly.

We believe the spike in inflation in the US has already happened, and though inflation could remain relatively high over the short to medium term, there are signs that the rate of change is moderating.

While it looks possible that the US may enter a recession during the second half of this year, as with all things in global markets, it is challenging to predict these events with any certainty. What is clear is that the US will experience a reduction in economic growth caused by the aggressive monetary tightening of the US Federal Reserve.

It also seems at this stage that the Fed is desperately trying to catch up with inflation and risks overshooting with its response by increasing rates too aggressively, which could push the US economy into a recession.

So, what does this mean for investment portfolios? Global inflation has been spurred by the extreme stimulus measures implemented by governments and central banks during the Covid-19 pandemic. The resultant surge in demand was met by supply-side constraints as lockdowns severely disrupted global supply chains.

Adding to inflationary pressures is Russia’s invasion of Ukraine, and the subsequent sanctions imposed on Russia have led to an acute global shortage in the supply of key commodities. As a result, global oil, gas and metal prices have increased significantly.

Ukraine is also one of the major producers of wheat and suppliers of fertiliser to the world, and the subsequent loss of the supply of these key commodities has also contributed to the current high levels of inflation, resulting in a significant supply-demand mismatch for commodities in the market.

During stagflation, investors can expect certain sectors such as industrial commodities, gold and real estate to offer some level of protection. Gold is generally seen as a safe haven for investors during turbulent times and tends to perform well during stagflationary periods.

Real estate has also historically done well during such periods as the effects of inflation get passed through to rental escalations and mortgage rates are typically fixed, while the replacement value of assets also rises.

Industrial commodities are materials used to produce goods and they are also a key component of inflation baskets. During periods of high inflation such inputs costs are rising and investors exposed to companies producing such commodities can expect good returns. These tactics should be viewed as temporary, and portfolios should be readjusted once inflation and economic growth normalise.

How to invest in tactical asset classes during periods of stagflation

Given that energy and food prices are now the biggest drivers of the high levels of inflation globally, it makes sense to strategically invest directly into these assets. You can do so by, for instance, investing in the iShares MSCI Global Agriculture Producers ETF, which has generated a return of 21% over one year, and in the iShares MSCI Global Energy Producers ETF, which has returned a substantial 49% over a year.

Other options that have historically provided protection during stagflation include inflation-linked government bonds and gold. The iShares TIPS Bond ETF (up 4% over a year) and iShares Gold Trust ETF (up 14.5% over a year) can be expected to perform better than other asset classes.

Rather than hunkering down in fear of stagflation, try to view these historically elevated levels of inflation as an opportunity to pick up assets trading at depressed levels that will likely recover strongly once inflation and economic growth return to normal levels.

Periods such as these in the financial markets are great for active managers, as there are pockets of value emerging that offer attractive opportunities. A mild recession is already priced in and the risk-reward set-up is sufficiently favourable to start adding quality stocks to portfolios.

As always, however, it is important to speak to your financial adviser before enacting any major changes in portfolios.

• Feenstra is a portfolio manager at Independent Securities.

Here is how rising interest rates can affect your finances

YOUR MONEY: What to do with a million or two?

SIMON BROWN: Calculating your net worth

YOUR MONEY: What to do with a million or two?

SIMON BROWN: Calculating your net worth