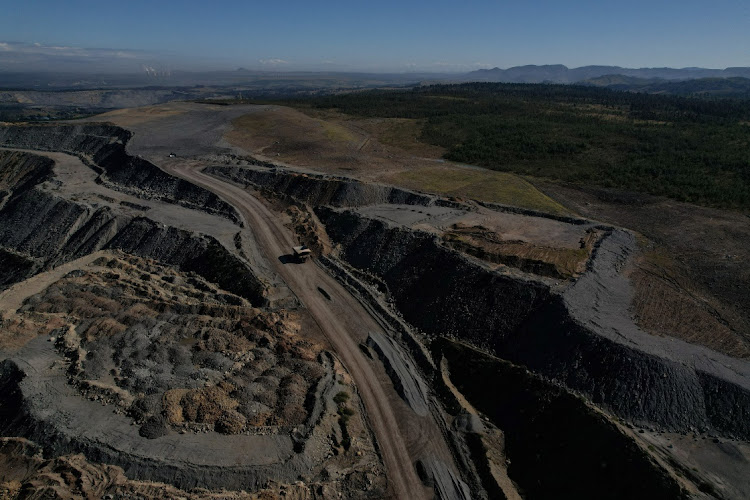 Launceston — Russia’s invasion of Ukraine and the hope of significant economic stimulus in China are combining to boost Australia’s commodity exports to record levels, at least for now.

However, the latest Resources and Energy Quarterly from the government forecaster also predicts a fairly steep drop in commodity earnings thereafter to A$338bn in 2023-24, as the world boosts supply and adapts to the loss of some Russian exports of crude oil, natural gas and coal.

Australia is the world's largest exporter of iron ore, coking coal, liquefied natural gas (LNG) and lithium, while it ranks second in thermal coal and third in gold and in copper ores and concentrates.

The supply disruptions caused by Russia's February 24 invasion of Ukraine has delivered a massive boost to Australia's exports of coal and LNG, as the price of both fuels has either surged to record highs or stayed close to all-time peaks.

At the same time the price of iron ore has remained well above historical levels amid optimism that China, which buys about 70% of global seaborne volumes, will successfully stimulate its economy in the second half of 2022 as it tries to reach the 5.5% annual growth target.

This is putting Australia in a sweet spot for commodity exports, despite the uncomfortable reality that the sharp rise in earnings is largely brought about by the war and associated misery in Ukraine.

There are risks, chief among them that China's stimulus disappoints, that the world economy slides into recession on the back of high energy prices and tighter monetary policy, and that the loss of Russia's commodity exports as a result of sanctions is not as large as initially expected.

Iron ore, Australia's most valuable commodity export, is perhaps the best barometer of the risks, with the spot price initially jumping after Russia invaded Ukraine, which was the fifth-largest exporter of the raw material for steel.

It has since recovered, ending on July 1 at $115.45 a tonne, but it has been experiencing increased volatility, and the day-to-day moves have largely been driven by headlines about Beijing's economic stimulus, or the lack thereof.

A 4% decline in the assumed value of the Australian dollar between the two years will help revenues from iron ore and all other commodities.

The weaker global economic outlook is also feeding into a softer price forecast for copper, with the government report expecting the price to decline to average $9,245 a tonne in 2022-23 from $9,670 in 2021-22.

However, the ongoing energy crisis created by moves by Western countries, especially those in Europe, to wean themselves of Russian supplies is expected to provide a boost to Australia's coal and LNG earnings.

Likewise, prices of thermal coal, for electricity generation, are seen dropping to $216 a tonne in 2022-23 from $241 in the prior year, but a lift in shipments to 199-million tonnes from 195 million will help create a small uptick in earnings to A$44bn from A$39bn.

Overall, what the government forecasts show is that Australia is once again well set to weather a global slowdown, at least initially, as its earnings from energy commodities benefit from sanctions on Russia, and on expectations of economic stimulus in China.

Chile’s Codelco agreed to a request by Ecuador’s Enami to suspend two arbitration processes over the Llurimagua copper-molybdenum exploration project ...
News
2 months ago
Next Article