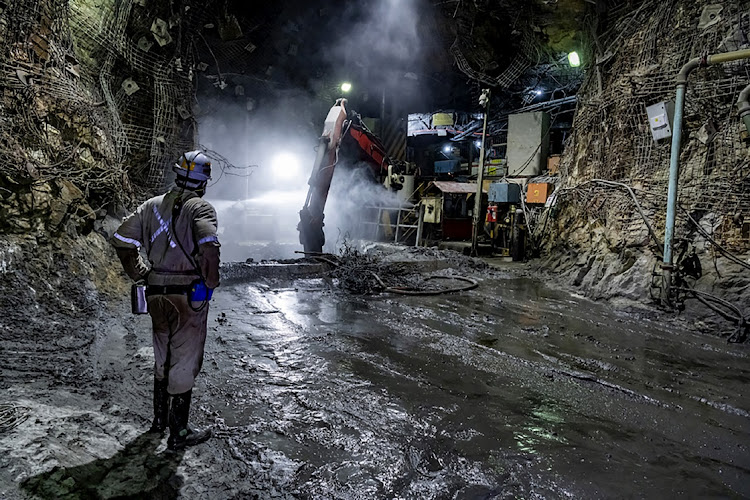 For a government whose stated aim is developmental, and for a once revered liberation movement whose objectives for transformation was at one stage decidedly more radical, the SA government and ANC stand accused of the systematic and structural exploitation, exclusion and marginalisation of mining-affected communities.

Amid the factional battles that are anchored by the deep roots of corrupt access to the resources of the state and the wealth of the nation, it is easy to mistake the forest for the trees. As the country struggles though the consequences of three decades of arrogant malfeasance, the circus that which is our daily political bread captivates the public and distracts us from the growing menace of inequality.

The roots of the inequality, while planted centuries ago, have most recently been nurtured through the systemic exclusion and marginalisation of large parts of society. At a global level, the world has come to understand that economic growth and human development sits at the heart of the developmental project. Meaningful and transformative development should focus on improving the lives people lead rather than assuming that economic growth will lead, automatically, to greater opportunities for all.

SA, as the most unequal country in the world, exemplifies the essence of the deep inequality that faces the world today, and the mining sector stands out as an exemplar of the pathway to inequality. In his book How Europe Underdeveloped Africa Walter Rodney argues that development is not purely an economic affair, and that human societies that are directed towards maximum profits stand as a barrier to further social development.

Instead, he argues that for development to be meaningful and transformative, it must take into account the full human, historical and social dimensions of development. A developmental approach to community development considers community members to be experts in their lives and communities, and values community knowledge and wisdom.

What community development is not

The work of Mining Affected Communities United in Action (Macua) and Women Affected By Mining United in Action (Wamua), as outlined in their social audit report published on June 28, has highlighted how disproportionate power relations between affected communities, mining companies, traditional authorities and government entities aid the systemic exclusion and subsequent underdevelopment of communities.

The approach of the mining industry and government to the rights of affected communities to effectively decide on issues that affect their wellbeing and to determine their governance and developmental paths, remains deeply paternalistic and lacks any semblance of generally accepted principles of community development initiatives.

The social audit report makes some critical findings, such as the fact that up to 79% of communities that are affected by mining have not benefited from the wealth created on their doorsteps. This in an industry where record profits have been achieved and where the pitiful 0.9% of turnover the industry allocates to community development does not reach its intended beneficiaries.

In some instances, Macua and Wamua have uncovered what could amount to corrupt skimming practices and where whole buildings and projects have simply failed to materialise. Yet they were proclaimed in glossy detail by the mining companies concerned. In a scorecard developed by the organisations to track the key transparency and inclusion elements of the mining sector`s social and labour plans (SLPs), the industry emerges with a dismal failing grade of 7% achievement.

Among some of the more egregious failures of the mining sector the following stand out:

Even where Macua and Wamua reported these to the department of mineral resources & energy and energy and the parliamentary portfolio committee, both state entities steadfastly refused to investigate and hold mining companies to account. The organisations’ work has shown that the current mining legislative regime has not led to the development of communities but has instead dug a deeper hole of inequality and injustice.

Macua and Wamua have consistently called on the both the department and parliament to engage in a process to review the current mining legislation, which does not offer adequate protection and benefit to mining affected communities. In 2020 Macua and Wamua submitted a petition with 50,000 signatures to the National Assembly calling on it to review the current legislative regime.

If it is true that actions speak louder than words, then nothing could be more amplified than the message sent by elected officials, and the regulators who work in their service, that government policy is firmly committed to deepening inequality in the mining sector.

• Rutledge is executive director of the MACUA & WAMUA Advice Office.

Companies need to implement their chosen emissions-reduction strategy with the same rigor and commitment as a traditional holistic business ...
Opinion
1 month ago
Next Article