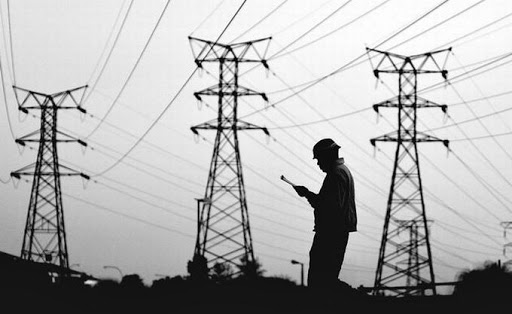 The Zondo state capture commission’s recommendation that the power of politicians to appoint board members of state-owned enterprises (SOEs) be diluted to avoid their recapture should not be lost to South Africans.

The commission deemed it necessary to deal with the incestuous relationship that has mushroomed between the ANC and politically connected individuals and private companies, calling for “a truly independent and transparent process free from political manipulations so that the ultimate appointment made by a minister is genuinely the result of a merit-based selection process”. This as opposed to a result of political interference involving the selection and nomination of candidates residing with the relevant minister.

SA entered stage 4 load-shedding at the weekend, and while we await the outcomes and recommendations of the CEO of Eskom’s round-table on electricity, it is clear that the writing is on the wall. André de Ruyter is on record as saying, “We can rail against this ‘injustice’ and say the rich world built their economies on coal and we’re not able to do the same, but the bottom line is that having a grudge against reality doesn’t help.”

The scene has been set — counter-intuitively, paradoxically, by the CEO of a company that has within the grasp of its fleet of power stations enough generation capacity to meet the country’s needs — to effect a transition (some say a “just” one) to a new era, to empower a new set of beneficiaries amid a global clarion call seeded in the fertile soil of the flavour-of-the-year’s climate change agenda.

Even if the cost of renewables — subsidies, environmental, human, conventional electricity and non-renewable costs associated with mining lithium and other minerals required for battery storage (to say nothing of the problems of disposal of expired wind turbines, batteries and photovoltaic paraphernalia) — are declining, the potential to have an impact on dispatchable electricity availability in the short term is small.

About R11bn is earmarked for battery storage, 10 times the cost of the Elon Musk unit that was pioneered in Australia. The interim solution is being addressed by Jeff Radebe (brother-in-law of President Cyril Ramaphosa), who has interests in the Karpowership contract. The environmental appeal against the Turkish/SA consortium’s 20-year deal is set to be heard on July 1, and the outcome will send a clear message of what is at play.

Now consider how the Angolan elite controls the country’s oil and diamond sectors while the majority of the population live in abject poverty. Factor into this that among SA’s state-owned enterprises is Alexkor — a potentially viable state diamond mining operation — and you have a replica of the postcolonial extractive industry blueprint that fosters elites, encourages factions and thrives on internecine rivalry to keep ordinary South Africans out in the cold and dark.

Why are failed units at Eskom not being repaired, but instead cannibalised for parts to keep a sinking ship barely afloat? Why does the generation board at Eskom only sit once a month? Why, when asked about the constitution of the Eskom board, did public enterprises minister Pravin Gordhan say it was above his pay grade? This after the person brought in by De Ruyter to review coal contracts resigned after drive-by shootings at his home.

Like everything in this country, there are more questions than answers. The tragedy is that the path we are on is indistinguishable from the worst examples on the continent, from Angola to Zimbabwe. We are becoming a prime example of postcolonial extraction by an elite, at the expense of the gullible masses.

Failed policies, victimhood, guilt and entitlement has enabled the elite to feast while the majority starve
Opinion
2 months ago

What SA needs is an unambiguous commitment to the unbundling of the hidebound monopolies that are Transnet and Eskom and an end to a command and ...
Opinion
4 months ago
Next Article