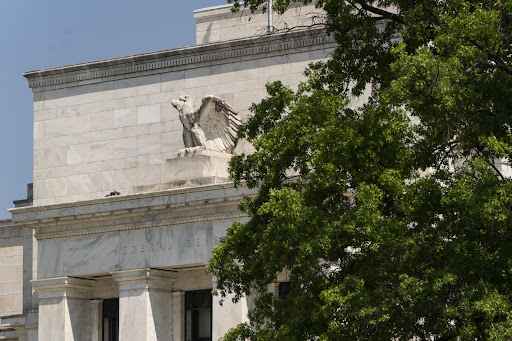 Jerome Powell’s Federal Reserve (Fed) moves in mysterious ways that are sometimes harmful not only to the US economy but also to emerging market economies.

In 2021, when the US economy was recovering strongly and its equity and housing markets were on fire, the Fed chose to keep its policy interest rate at its zero lower bound, and it kept flooding the market with liquidity by buying $120bn a month in US Treasury bonds and mortgage-backed securities.

By so doing the Fed contributed to a surge in US inflation to a multidecade high. It also created asset and credit market bubbles both at home and abroad.

The Fed caused US equity valuations to rise by the end of last year, to nosebleed levels experienced only once before in the past 100 years. It also caused housing prices to rise to levels above those in 2006 before the last US housing bust and money to flow to the emerging market economies on an enormous scale.

Fast forward to today and one finds that the Fed is standing on the monetary policy brakes to fight inflation. It is doing so by raising interest rates in 75 basis point steps rather than by the more normal 25 basis points. It is also doing so by committing itself to withdraw as much as $95bn a month in market liquidity beginning in September, by not rolling over its maturing bond holdings.

If the Fed follows through on its commitment to run down its bond portfolio, we will see more than a staggering $200bn a month shift between Fed liquidity provision in 2021 to one of withdrawal by the last quarter of this year.

The Fed’s recent shift to a more hawkish monetary policy stance is already causing the asset and credit market bubbles to burst. Since the start of the year US equities and bonds have lost more than 20% of their value, while the cryptocurrency market has plummeted about 70%. This has caused a combined loss of US household wealth of about $15-trillion, or 70% of GDP.

Using the Fed’s rule of thumb that a $1 decline in wealth results in a 4c decline in spending, the evaporation of US household wealth since the start of the year could entail almost a three percentage point of GDP hit to spending. That is the last thing an already slowing US economy needs. This is especially the case at a time when fiscal policy has become restrictive, and when the housing market is crumbling because of a doubling in mortgage rates since the start of the year.

As has occurred on all too many occasions in the past, the Fed’s shift to a more hawkish monetary policy stance is now causing a significant reversal in emerging market capital flows. This is because more attractive interest rates are coming on offer in the US. According to the Institute of International Finance, we have now moved from a situation where capital was flowing into the emerging markets at a rapid pace to one where capital is fleeing those markets at a monthly rate of about $5bn.

This capital flow reversal is occurring at a particularly sensitive time for many emerging market economies. Not only are they saddled with high debt levels, they are also now being hit hard by a major international oil and food price shock as a result of the Russian war in Ukraine. This is prompting the World Bank to warn that we could soon see a wave of emerging market debt defaults.

The good news for the emerging market economies is that by the end of this year an impending US economic recession is all too likely to cause the Fed to make a policy U-turn and back off from its interest rate hiking path. The bad news is that instead of having to contend with high US interest rates, the emerging markets will be faced with the challenge of a US economic recession.

That will hardly be conducive to any early renewed capital flows into the emerging market economies.

• Lachman is a senior fellow at the American Enterprise Institute and a former deputy director in the IMF’s policy development & review department.

Nineties nostalgia has been building for some time, but with the world in the grip of rampant inflation it feels like we’re living in a 1970s economy
Opinion
1 month ago
Next Article