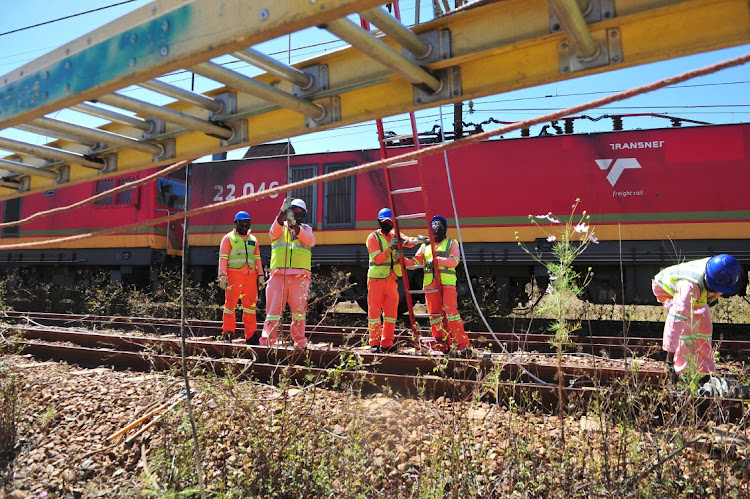 The government has initiated long-overdue rail policy reforms to tame the state monopoly and open the way for the private sector to invest in the creaking national rail network. If properly implemented the reforms will be a boon for an economy whose potential has been undermined by persistent rail inefficiencies.

Launched on June 2 by transport minister Fikile Mbalula, with the support of public enterprises minister Pravin Gordhan, the national rail policy white paper commits the state to be an effective regulator. In the freight sector, the policy could be used by victims of rail inefficiencies to change their fortunes by investing in locomotives and participating in the operation of the network.

SA’s rail network is as vast as Germany’s by size yet is woefully inefficient in comparison. It faces a number of simultaneous crises, including chronic metal theft, underutilisation of capacity and the relocation of freight from rail to congested roads, despite the government’s existing policy that seeks to achieve the opposite.

The rail network has suffered years of underinvestment in security and information technology systems, as well as a lack of general maintenance. The white paper estimates that underinvestment began during the apartheid era in the mid-1980s. The idea at that time was to sweat existing assets.

The rail inefficiencies that are holding back the SA economy have become deep-seated. Lacking in competition — the crucial ingredient of industrial dynamism — Transnet did not move fast enough to deal with its problems. At the same time, road improvements triggered a spike in road freight.

The new policy envisages a “rail renaissance”. It seeks to achieve this by, among other things, granting third-party access to invest and operate portions of the rail network, increasing the utilisation of rail assets, and preventing the theft of infrastructure by supporting a ban on scrap metal exports.

There has been a net decline in rail investment since 1986 due to a policy decision of the apartheid government, a decision the white paper describes as a strategic misstep. But it does not just blame apartheid; it is made clear that the strategic misstep was not only inherited but sadly perpetuated under the democratic dispensation.

The policy document is critical of the current trajectory of SA’s rail network. Among other observations it makes is that Transnet Freight Rail — the largest subsidiary of the Transnet Group — has focused on extending the life of uncompetitive assets rather than replacing them with competitive ones. It is therefore out of touch with the needs of the market.

The lack of competitiveness comes through strongly in the policy document — a clear indication that the government is serious about addressing the lack of dynamism that is inherent in a monopoly. It states that Transnet’s monopolistic structure deprived the company of a commercial incentive to develop plans that might include a competitive multi-operator environment.

A competitive approach would have enabled Transnet to predict and deal with rail versus road competitiveness issues. The document suggests one of the consequences of the monopolistic structure of Transnet has been cross-subsidisation within the company; Transnet’s ports operator, the National Ports Authority, is accused of charging excessive fees to help fund Transnet Freight Rail.

This is a startling admission, coming as it does from an official government document. Excessive port charges have propped up a railway that loses domestic traffic to road hauliers and export traffic to other countries, despite the cross-subsidisation.

The consequences of excessive port charges and inefficiencies in port management are indeed dire. Among them has been landlocked neighbouring countries shifting their business to ports outside SA, with a concomitant loss of jobs and revenue in SA.

At the same time, the document notes that road hauliers have been able to punch above their weight due to a dysfunctional railway shedding its natural traffic to them. This has led to debilitating increases in road maintenance costs.

Taken together these admitted rail shortcomings mean the SA state has in effect imposed a trade barrier on the country’s economy. There can be no worse way to shoot yourself in the foot economically.

This undermines the political commitment at the highest level of the government to build a capable state, which should facilitate trade and investment and in the process generate wealth for itself and citizens. A call for a rail renaissance will be worth the paper it is written on only if it achieves this crucial goal.

Despite some disturbing observations contained in the white paper, we should appreciate it as an honest assessment. Good policy can only be an outcome of proper, even uncomfortable, introspection. It is also encouraging that Transnet has already begun the process of inviting third party players to participate. There are low-hanging fruits to be harvested by both Transnet and private sector players, in line with the government’s policy plans.

Frustrated mining companies, agri-industry players and others are likely to be the first to take advantage of the semi-liberalisation of the SA rail network. The opportunity costs arising from Transnet inefficiencies provides a strong incentive for victims of existing rail network inefficiencies to invest and improve its operations.

While stockpiles rise for some mining companies, agri-players face the risk of perishable products being compromised. Companies in these sectors with the capital to invest should be allowed to do so immediately because they have a vested interest.

Such industry players and producers have no time to speculate. They need to use their time, energy and resources to move their product to export markets. It is therefore not surprising that mining companies have already responded positively to Transnet’s invitation to form a partnership in countering the theft of infrastructure in particular.

These entities have both the resources and the immediate solutions to the rail problems, and can therefore serve as torchbearers for SA’s rail renaissance. Those among them that have the capacity and are willing to invest must be given preference. It is through them that Transnet also stands to turn its finances around.

In the entire logistic value chain — rail to ports — the government would do well to investigate opportunities and immediately pass them on to industry players with skin in the game of operational efficiency, so they can participate and make a contribution.

SA minerals, agricultural and forestry products are in huge demand in export markets, making this the right moment to get the private sector to commit to rail investments for the longer term. This would have the double benefit of easing the burden on the state to invest in additional capacity while increasing the country’s export earnings — both of which are among the objectives of the policy.

Leveraging on the private sector capacity and capital will help ensure that SA’s export industries — the backbone of the country’s wealth and job creation — become more competitive. There is no better time to do this than now, when many parts of the world are battling to clear post-Covid logistics bottlenecks.

Repairs to the flood-ravaged rail system between Durban and Johannesburg are well under way and Transnet has been commended for meeting its ...
Business
1 month ago

Rail agency needs the money to pay for its security plan, which it hopes will help protect infrastructure
National
1 month ago

Board was on its own fighting corruption at the rail agency, says state capture report
National
1 month ago
Next Article