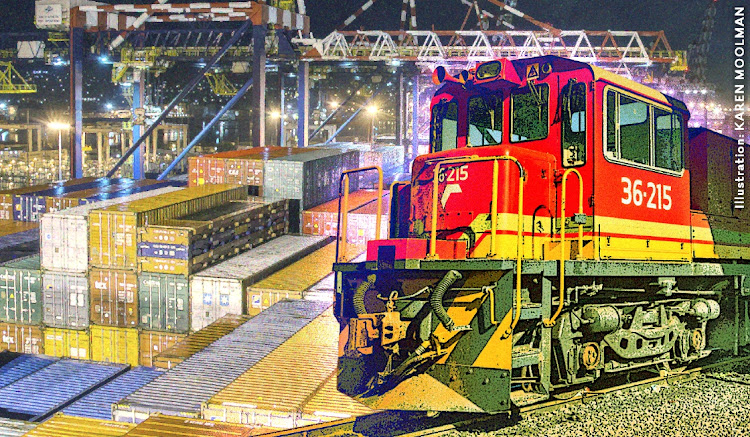 The government keeps highlighting progress made in certain sectors, with regards to policy reform. However, the private sector remains sceptical and frustrated by the slow progress, even though we are finally seeing a shift from talk to action. The amendment of the Electricity Regulation Act, progress in the transport sector, Transnet, Ports Authority, as well as the long-awaited spectrum auction are examples of this positivity. Illustration: KAREN MOOLMAN

A lot has been said about policy reform in SA recently. The government keeps highlighting any and all signs of progress, while the private sector cannot help but feel a little bit sceptical and frustrated by the slow pace of progress.

But it cannot be denied, we are finally seeing movement, and the effect of a shift from talk to action is starting to show. Let’s unpack some of the detail that might have been missed among all the noise.

The amendment of the Electricity Regulation Act has made it possible for private power generators to construct substantially larger generation facilities without requiring a licence. These companies can also sell directly to customers, as opposed to only selling to Eskom.

In fact, since the increase of the registration threshold from 1MW to 100MW,  energy regulator Nersa has approved 216 registration applications. Over the next 10 years this will transform the energy sector in SA completely.

In addition to these smaller projects, preferred bidders have been announced for the fifth window of the Renewable Energy Independent Power Producer Procurement Programme. The sixth bid window has also been opened.

Eskom’s unbundling is progressing, with internal divisionalisation, to be followed by legal separation of the generation and distribution units. This is important as it is the first step in improving the dire financial position of Eskom, as well as allowing more private sector participation in the energy landscape in SA.

Progress in the transport sector includes Transnet Freight Rail (TFR) allowing third-party access to the freight rail network by the end of this year. This should improve system capacity. Tendering is also in progress for Durban and Ngqura container terminals and the LNG terminal at Richards Bay.

The government also announced that the Transnet National Ports Authority has been established as an independent subsidiary of Transnet. The separation of port infrastructure and operations should create incentives for efficiency and competitiveness between port service providers.

Developments in telecommunications are hugely positive. The long-awaited spectrum auction has been conducted and revenue collected from this auction will add more than R14bn to the national fiscus. The allocation of the additional spectrum will enable substantial new investment in mobile phone communications networks. The result will be faster, cheaper and better connectivity for South Africans, opening up opportunities to participate in the digital economy.

Legislative drafting and financial modelling have been done to establish a National Water Resources Infrastructure Agency responsible for improving the management of bulk water resources.

Lastly, recommendations from a review of public-private partnership regulations will be implemented as soon as practically possible. Changes to these regulations include simplifying the regulations, eliminating delays in approval and implementation, standardising project preparation and building capacity at all levels of government. This should make it easier for the private sector to participate in the anticipated infrastructure investment drive and rollout.

Looking forward, we can use the National Infrastructure Plan 2050 (NIP2050) as a “crystal ball” to get a glimpse what might happen if the government’s infrastructure plans are executed. NIP2050 offers a strategic vision that links top National Development Plan objectives to actionable steps and outcomes.

There are some clear, trackable short- and medium-term goals. The energy mix will be bolder on sustainability and achieving least cost. The push to move from coal to renewables will see special emphasis on solar and wind as part of a least-cost energy mix, and here SA has a significant advantage.

However, we need to get a move on. By 2050 energy demand is projected to double. Over the next seven years we will have to install about 50% of Eskom’s total current installed capacity — plus develop the transmission and distribution networks to move this energy around.

After energy, the transport sector is the area where the biggest positive economic effect can be achieved. Improving transport efficiencies will increase economic activity, raise import and export volumes and create thousands of jobs. We have seen the stifling effect inadequate rail, road and port infrastructure has had on the mining and agricultural sectors as producers and mines are unable to reach international markets. As a case in point, Thungela Resources announced that it lost R2bn in revenue due to Transnet rail and port infrastructure inefficiencies. This is a travesty, with far-reaching consequences.

The NIP2050 envisages that:

A lot needs to be done in a short space of time. It will be crucial to monitor progress of these objectives over the next few years.

NIP2050 states that “There will be universal and reliable access to water of an acceptable quality and quantity in support of a strong inclusive economy and a healthy environment.” This is a bold statement given the state of SA’s water infrastructure and the fact that we are a relatively water-scarce country.

There is a lot of work to do in this sector. Apart from administrative requirements such as the establishment of the National Water Resources Infrastructure Agency and a single national water regulator, at least two irrigated agricultural projects aimed at food production will be driven to implementation by 2023-2024.

Furthermore, other ventures — such as dam wall-raising projects for the Tzaneen and Clanwilliam dams, the Sundays River subsystem expansion, and water supply augmentation for Mbombela — will be considered and commenced.

These have enormous potential to improve sustainability and unlock additional agricultural, mining and industrial opportunities, leading to job creation in rural areas. These projects should be treated with the required level of urgency.

According to the NIP2050, the benefits of becoming a fully digitally enabled society and economy far outweigh the costs. The NDP envisages a seamless information infrastructure that is universally accessible, at a cost and quality at least equal to SA’s peers and competitors.

There has been notable progress in certain sectors — reforms in the energy sector and the recent auction of digital spectrum are worth celebrating. However, the focus should now shift to the short-term plans articulated in the NIP2050.

With a bit of luck and loads of hard work the required momentum and impetus for a rebound in our economic growth trajectory can be achieved.

Repairs to the flood-ravaged rail system between Durban and Johannesburg are well under way and Transnet has been commended for meeting its ...
Business
1 month ago

Rail agency needs the money to pay for its security plan, which it hopes will help protect infrastructure
National
1 month ago

While some sectors have fully recovered and expanded as the pandemic wanes, construction remains subdued
Companies
1 month ago
Next Article